As we’ll explore, a company that successfully upholds a safety culture is more productive and generates more revenue than one that doesn’t. I set out here to prove that. And, guess what, all staff at safety-driven companies go home safe to their families after a shift too. Safety is never a done deal though. In industries that operate with a high degree of autonomy—the material handling equipment supply and repair sector is one—we must constantly be on our guard not to slip back into unsafe working practices.

First, we need to debunk the myth that safety policy is the same as safety culture. It isn’t. Policy is a principle that is proposed by an organization; culture is the adopted customs and behavior embraced by an entire workplace or company. At a business where safety is culture, everyone is engaged in keeping the operation, and each other, as safe as possible. The gains are widespread, even if they were unknown to decision makers of yesteryear. At the outset, the long-term data to support the gains of a safety culture did not exist and the costs of injury hadn’t risen to today’s astronomical state and thus it looked like a fool’s errand.

When safety was first introduced as a real concept in industries that use material handling equipment, say, three decades ago, it was frowned upon across the board. Management saw it as an expense that hindered speed and production; labor saw it as an insult. One said: how can we maintain throughput and hit our targets with that system or protocol in place? And the other added with equal resentment: who are you to suggest that we need more middle management to tell us how to operate our machines without cutting our fingers off? So safety was a cost and a slur. Try selling a new culture from that starting point.

Over time, attitudes started to change. Eventually, management began to view safety culture as a mechanism to manage rapidly rising insurance and healthcare costs, while rank and file accepted that, actually, competency went hand in hand with safety. To do a job well meant doing it safely first. To do it fast but carelessly was foolhardy and incompetent. Manhood doesn’t come into it; what’s important is sitting at a family dinner table and seeing your children grow up, industry realized.

Let’s look at a few different types of companies and chart their likely progress on the safety culture evolution curve. First, there are large, publicly traded or equity-owned businesses that set the safety benchmark high because it costs money not to; money that has a direct affect on the bottom line of large companies. I know that’s crude but we’ve got to accept what makes the owners of these companies tick. Of course they want their workforce to be safe but, reality is, they know a safe workforce is operating at lower cost.

I’ll give you an example of a fatal accident (yes, people die—that’s why safety is important): I was once aboard a train between New Orleans and Chicago when we struck a car that was on the tracks. The driver and passengers were tragically killed and as a result we experienced a six-hour long delay blocking the entire railroad while the necessary protocols were followed by rail authorities and emergency services. This is immensely costly when one considers the idled assets and de facto zero-capacity of the infrastructure for that period. The cost was likely in the six-figure range for idled assets alone. It’s a similar story when an accident happens in a facility. It might not always involve multiple, or any, fatalities but it will surely lead to cost and repairs somewhere down the line, and production will suffer for a short or long period of time depending on the severity and scale of the incident.

My role requires me to spend a lot of time in the primary metals industry, as has my whole career to date. You don’t see guys or gals wondering around on cell phones unless they’re in an office behind a closed door. People don’t check emails in the parking lot or zoom in on photos from the weekend in a production environment. Yes, it started as a policy but it has become culture because workers understand that being distracted in a steel mill and tripping over could result in career-ending injury, or worse.

There are two other size companies that are either side of the $100m revenue mark. Collectively, they’re increasingly finding that it pays to be safe. Beyond the moral incentives, it’s true that to compete on large contracts they need a solid safety record. This is partly because it is required to sit at the table and fits the safety culture of those awarding the business to smaller vendors but it’s also the case that there is often a correlation between a company’s adherence to safety and its ability to deliver on-time, on-budget product and service. They’ve also proven to be better equipped to deal with change orders and more effectively oversee quality control and timely delivery.

Most businesses around the $100m turnover mark are now well into the execution phase of ‘mission safety culture’. Those that aren’t soon will be and those that lag further behind will probably find that one of three things will happen to them: they’ll disappear, be acquired, or find that they simply have to change to survive. I’m not suggesting the bigger the company the safer and vice versa but there is distinct correlation.

As more companies implement safety cultures, it’s opportune to look closer at what these evolved businesses look like from the inside. A prime example is Toyota, whose working and safety practices are well referenced in articles, case studies, lectures, and so on. There, everyone from janitor to CEO is encouraged to have a say on safety; everyone has the authority to raise a hand or flag and say, ‘you know what, I don’t think this is safe’, or ‘I think there’s a better way to do this… how about we revisit this?’ (As an aside, a suggestion box-style of gaining feedback works well too.)

Companies like Toyota will have an abundance of production, workstation and other material handling equipment in operation. The more deeply engrained a safety culture is, the more thorough the induction processes will be and the more likely they’ll include best practices related to cranes, hoists, monorails, below-the-hook equipment and rigging gear. This is of great benefit to equipment manufacturers and suppliers because, firstly, operators will be more likely to use it safely and, next, they’ll understand its capabilities, limitations and safety features, which will lead to more efficient equipment use and selection in future, as a plant expands and its personnel take on more purchasing decision making responsibility.

Think about the power of following a standard introductory video about a new company with content about the equipment a person will use at their workstation and the technologies they’ll walk past on a daily basis. It’s not about giving new starters information overload but enough detail to keep them safe. ‘These cranes and hoists are important because…’ and ‘this is how we’re going to help you become a competent operator…’ Exemplary companies go further and expose trainers to training so they are always delivering the most current safety guidance.

We’ve clearly come a long way and while the journey isn’t complete (I doubt it ever will be) the chances of a material handling equipment user or operator going home safety tonight are much higher than they were yesterday, even though the speed, power and capacity of equipment has gone up exponentially. Thus, it’s an exciting time to be selling and installing this equipment because instead of looking to remove or override safety systems, end users are now working with us and challenging us to make equipment even more efficient and safer at the point of use. These are the kind of people that drive safety culture and continued improvement of best practices.

There will always be a low end of the material handling market—the ‘bottom feeders’—but it will shrink as end users increasingly see safety products and systems as a help versus the hindrance they once were. It’s a cultural thing. 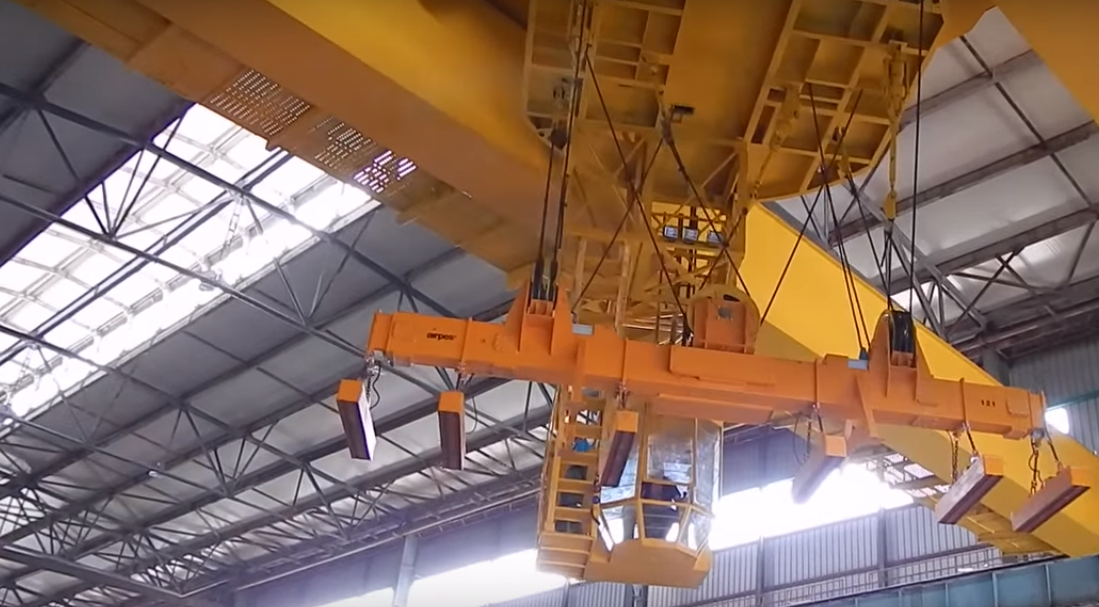 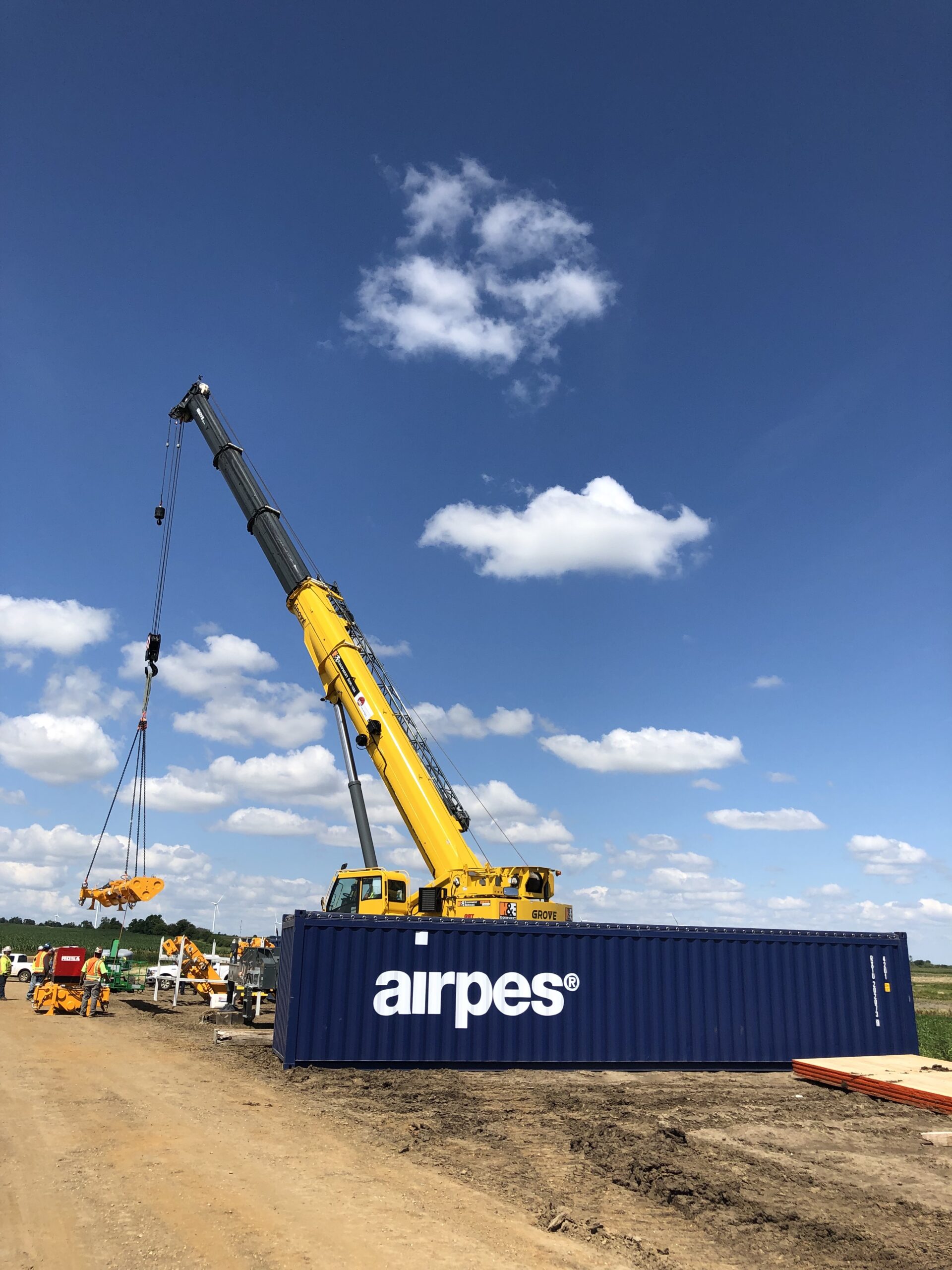 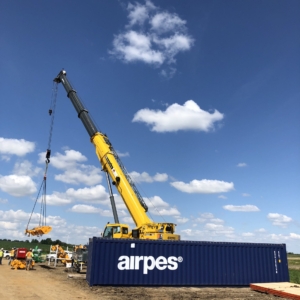 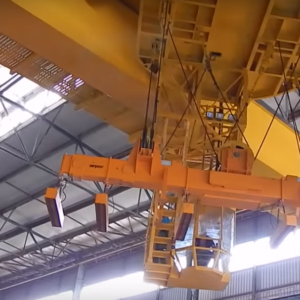