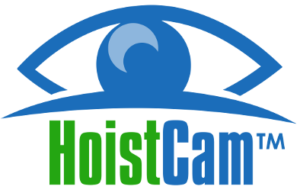 Netarus applies the latest innovations and technologies to logistics and material handling applications. The founders have been developing state-of-the-art wireless, video, software and sensor products since 2002. For example, the company’s flagship product, HoistCam, is a wireless camera system that places the eyes of the crane operator anywhere on the job. Netarus technology is deployed across construction, manufacturing, marine, transportation and other industries.

Is the Flash On?

Operating in the blind is problematic—anywhere. That’s the view of Chris Machut, CEO at crane camera company Netarus LLC.

As I wrote in a recent blog for my company’s new thought leadership platform (I repeated the message in our podcast too), cameras are not only tower crane products. I also debunked another misnomer that cameras check or pry on workers, but that’s an article for another day. Here, I want to take an opportunity to reiterate the point that no matter the environment—hundreds of feet in the air on a sun-soaked Middle Eastern construction site, or at ground level in a grimy industrial plant in freezing Alaska—operating a crane in the blind is dangerous.

Moreover, looking at the location of the crane or lift in isolation is not gathering enough intelligence by which to assess the requirement for crane cameras. Actually, it all depends on what the operator is trying to do and his or her ability to accomplish it. I understand why people think that the farther an operator sits from a hook, the more beneficial cameras become, but that is largely irrelevant. And, just as significantly, not every operator needs a camera. But, where they do, it’s the application that dictates, not the type of crane, industry or jobsite.

I’m appreciative of the platform this magazine has offered to address industrial audiences and end user marketplaces that are more familiar with electric overhead travelling (EOT) cranes and hoists versus tower, mobile and truck cranes. Overhead cranes are integral to production at steel mills, for example, where they can be up to 400t or more in capacity and lift molten metal. Think about the carnage that can be caused by an operator working in the blind or losing sight of the load at the key moment. The damage to product and, worse, people can be irreparable. Even if the consequences of an accident or error are relatively minor, an investigation and likely downtime will ensue. Costs soar.

This magazine’s readership also fits our ongoing educational programme, which places end users at its centre. Original equipment manufacturers (OEMs) and other links in supply chains come later. After all, if decision makers at the point of use aren’t aware of the benefits of something, they won’t demand it of their suppliers. It’s not a hard concept to grasp, it’s just about outreach. The fact that widespread uptake hasn’t been achieved yet is, frankly, perplexing and it’s something that we’re working hard to change. The elevator pitch is simple: our systems are designed for occasions where the operator needs to be safer and more productive when working in the blind. Again, not every user runs into situations where they need a camera to operate, but the ones that do must more readily consider it as an option.

Think outside the box

The fixation with cameras as tower crane products has led to an incorrect assumption that a monitor needs to be positioned in a cab. Again, this is a narrow-minded perception, literally. A monitor is positioned where the operator is, and that doesn’t have to be in a box with windows. Envisage four places where an overhead crane operator might be: ok, they might be in a cab, but they could also be on a pedestal on a shop floor, perhaps using a bellybox; they may be in a control room; or a bellybox could be utilised as they roam around a shop floor, or along a production line. A bellybox is likely to be used on a pedestal too, which is why we’re driving integration of our camera systems into such remote controls, as well as those utilised in control rooms.

Remember, however, that we’ve already outlined the importance of not looking at the operator’s position in isolation (in terms of tower versus overhead) and that’s applicable within an industrial setting too. If the cab, pedestal or control room, offers crystal clear vision and constant sight of the load and its entire pathway of travel, then there might not be a need for a camera system. But what about if he or she has to lift over a wall without a rigger on the other side? A camera would certainly be beneficial.

The mounting points for cameras are an important consideration, principally with depth perception in mind. Placing cameras at different angles, on a trolley and gantry, will give the operator two different lines of sight: a side profile and straight down. Whether we mount cameras on hooks (J-type or otherwise) or grabbers, depends, once more, on the application. This option isn’t suited to handling scrap metal, but when lifting rolls of steel, the operator may want to have a camera on the arm so they can see the inner bore of the rolled product. Multiple camera systems are prevalent in an industrial setting where a crane will commonly be operated in a single building for many years, perhaps lifting the same load, around the structure of static surroundings. In construction, on the other hand, the environment is ever-changing and dynamic and it’s harder to maintain certain mounts for a period of time. You can begin to see why cameras therefore are even more applicable in industrial markets.

Cameras aren’t steel crane products though, just as they aren’t tower crane products. They’re products for any application involving big, heavy, large, hazardous and / or critical loads, where an operator is lifting in the blind. Decision makers in other markets with material handling at their core, such as chemical and nuclear sites, are also increasingly embracing crane camera systems. In one recent installation, an operator in a cab, 30 feet above a load, found himself in the blind every time the pick point was facing in any direction other than upright, which was frequently the case. In this instance, on each of the occasions where he couldn’t see the load properly, there was potential—likelihood, even—of causing damage to the load. Add each of these damage events up economically and compare it to the low cost of a camera system. Look, you wouldn’t close your eyes voluntarily at the vital moment, would you?

Honestly, I get frustrated by people who say cameras don’t provide sufficient visibility in demanding environments, such as those with high light, dust or dirt in the atmosphere. Think about the capability of the modern-day cellphone and imagine what a manufacturer at the cutting edge of camera innovation and design is producing, when their remit is to make systems for industrial use. Of course, our auto iris is able to react to the change in light automatically to adjust the brightness and contrast of the image from the camera’s lens, while there are industrial lens cleaners available that can be utilised to keep lenses clear. Really, this isn’t a barrier to entry; it’s part of the same mindset that is delaying universal acceptance of the benefits of such technology.

We carefully plot our progress, much like other providers of operator aid equipment. It’s necessary to differentiate ourselves from safety device manufacturers because they will largely lead directly or automatically to cessation of operation, whereas we are providing a situational awareness product so people can make better, more informed decisions at the controls. I’d advise anyone in a similar position to adopt a collaborative mentality with peers who are introducing tech to new markets. Competition is one thing, but there is much to be learnt from others whose wares are broadly similar and / or being consumed by the same decision makers.

In conclusion, it’s clear that crane camera systems are inherently beneficial when operators are working in the blind. It’s also true that regulating authorities are already looking at mandating crane camera systems. For the more litigious, industry-specific authorities are examining the prospect of advising or enforcing implementation in certain applications. It really is a case of adopting a best practice before it becomes ubiquitous or even a requirement—and that includes indoor, industrial applications whether the operator is in a cab or at the controls of a bellybox.

The guys and gals who say the best way to operate a crane is to feel it shaking under them really are a dying breed. Thankfully.

I’ve long been fascinated by the world’s end-user markets to which overhead cranes and hoists are integral to production, yet often an after-thought of even authoritative figures in those sectors. It goes back to the comparison of a sky-scraping tower crane and a hoist in a factory. Sure, a building doesn’t go up without one but production lines and manufacturing processes stop without the other. You’re talking about heart and lungs. It’s a peculiarity that leads to two truths: one, that it’s sometimes hard for facilities managers and crane leads to secure funding, especially for safety components and operator aids; and, two, cranes aren’t always employed where they should be.

I’ve heard of a number of campaigns, for example, to promote the use of overhead cranes and hoists where, say, forklift trucks or even manual handling, has been favoured instead. I guess the attitude is, we’ve already got a fleet of trucks, let’s use them. I don’t have an agenda in supporting these endeavours—our equipment is usually adopted at the higher duty / capacity end of the market, but I am passionate about the right tools and components being chosen for the job in hand. If that leads to wider adoption of our cameras, so be it. 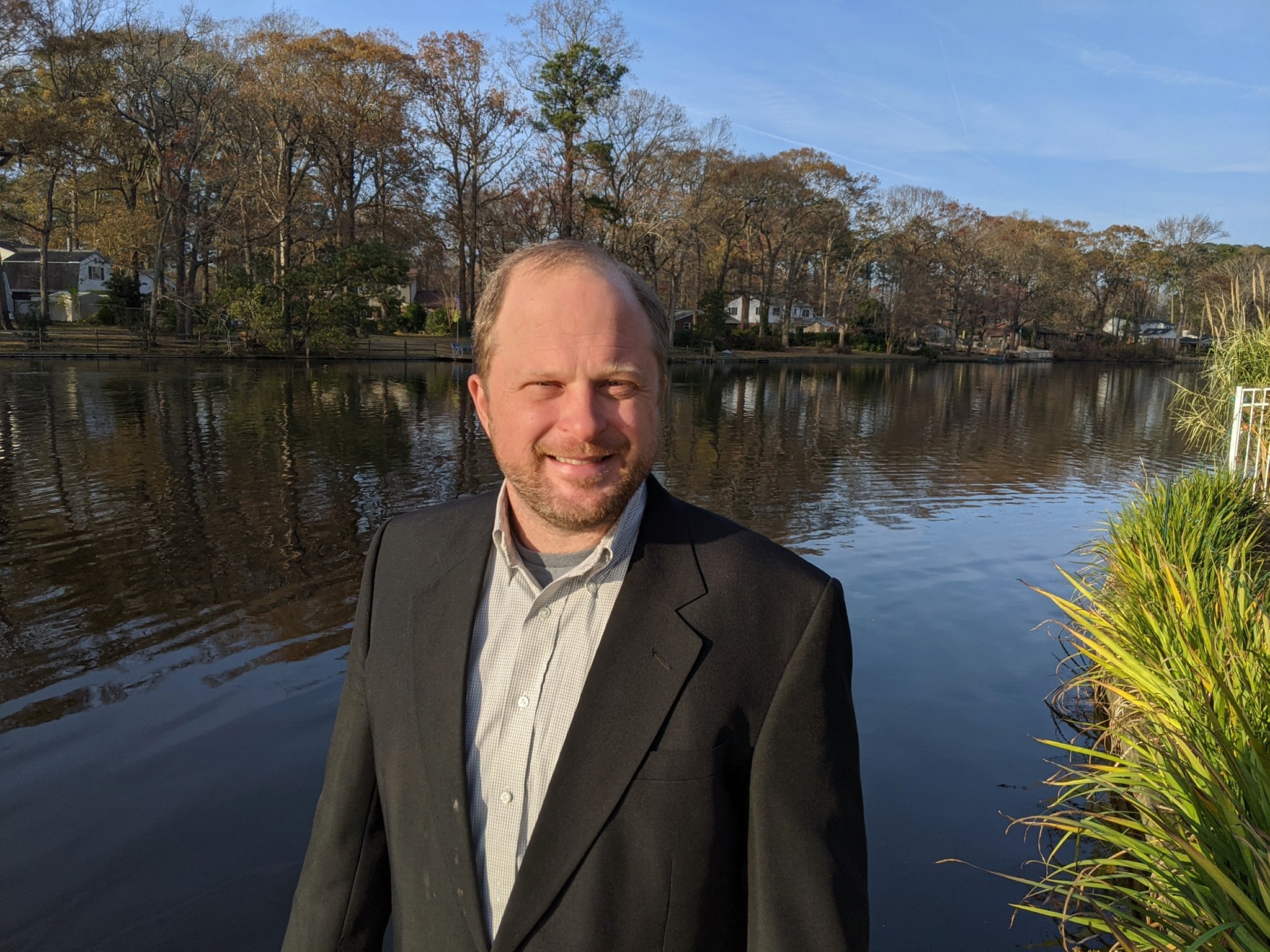 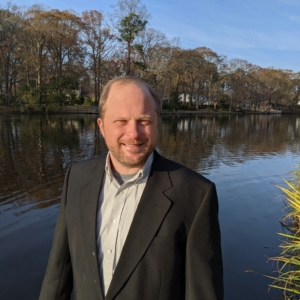