The dynamometer, part of SP’s tension in motion range, was purchased by a Japanese company that employed it on wire rope as the cable was deployed from a vessel. The end user sought a wireless versus a cabled solution. Sometimes called a TIMH, the product is built with dockside, marine, offshore, towage and salvage applications in mind. It is typically used when there is no anchor or dead end on the line, for example, when there is a requirement to measure a force at a specific point of a longer line.

Stephen Vanicek, marketing manager at GasOil, said: “As is often the case, an offshore project was presented with a requirement to find out the weight of a load or the force on a wire rope or line. We supplied the TIMH and accompanying software, which allowed the end user to constantly monitor the forces being applied on a rugged tablet that was mounted on the vessel. The client could accurately measure tension, speed, and pay in / pay out in real time.”

The TIMH is available in capacities up to 150t, as standard. In this case, the line pull was only 25t but due to the diameter of the wire rope, a larger unit (80t) was required. Constructed from marine grade stainless steel, it is suitable for many wire rope configurations. As an option, it can calculate lineout in metres or feet along with line speed.

GasOil supplied the long range 2.4GHz version of the product, providing a wireless range of 700m (2,300 ft.) to SP’s SW-MWLC software (handheld HHP devices are also available), but Bluetooth output is another option, which can be connected to any smart phone running a free HHP app on iOS or Android at ranges up to 100m or 328 ft. Either way, the product is available to ship from stock, to anywhere in the world within days, which Vanicek acknowledged is a prerequisite in this demanding sector.

He said: “Often, we get such a request for a measuring device when the project is underway, so the speed at which force measurement technology can be delivered to a site is of paramount importance. We get a lot of enquiries from the oil and gas market for force measurement equipment and the technology, including the TIMH, is becoming increasingly popular—as is momentum towards wireless solutions.”

David Ayling, global business development director for load monitoring solutions at SP, said: “The focal point of the design process was to create a product that was modular in construction with consistency of components so we can assemble units and ship them very quickly.”

Vanicek added: “Business in the [oil and gas] market in Southeast Asia is continuing to pick up. We note that it’s somewhat slower than certain other regions but there’s an uptick in demand to encourage us as we head into 2020. This was the first product we’d sold to this customer but it has already led to repeat business and we anticipate that further orders will follow. SP’s equipment performs in line with stringent requirements.” 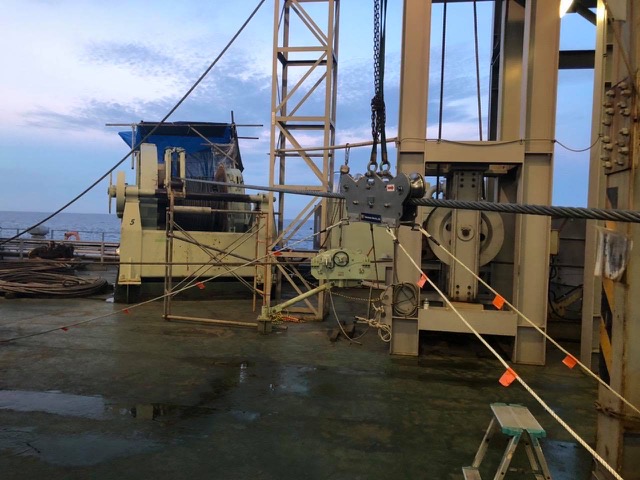 Caption: The wireless 80t capacity Running Line Dynamometer was chosen to accommodate the diameter of the wire rope. 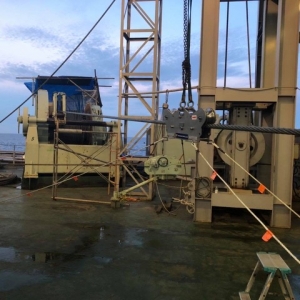