The 6.5t (14,300 lb.) capacity Bluelink, a digital dynamometer fitted with Bluetooth technology, was installed by the SP distributor on the lift to avoid overloading when transferring equipment between levels at the PT. Geoservices site.

Notably, during testing, Siaptek demonstrated the product’s ability to communicate wirelessly to as many as eight separate iOS or Android devices (smart phones, tablets, etc.) with the HHP App, up to 328 ft. or 100m away. This presents the obvious advantages of being able to provide data to multiple users, all of whom can remain at a safe distance from the location.

The installation contract also included training on the app itself, which features an analogue load indicator on the main screen and a number of languages, including English, Dutch, Spanish, Norwegian, Japanese, and Chinese.

Donny AR Sitepu, technical and operations manager at Siaptek Indonesia, said: “The app will also allow the operator to log data versus time or on events such as over- or under-load, and the adjustable alarm will alert the operator on their smartphone if any overload is occurring. The supervisor at this site now has no need to be constantly at the cargo lift to monitor its safety; they can remain in their office.”

Rigged using industry standard shackles, such as the Crosby G2130, the Bluelink was in this case installed with a Crosby (SP’s parent company) shackle of the same capacity. The Bluelink has been designed to minimise headroom—it is just 6 in. or 156mm from eye to eye—while, as Sitepu emphasised, its compact, lightweight design does not sacrifice on strength with a safety factor of over 500%.

He added: “We connected the [Bluelink] to three display units to demonstrate the options to our customer. Our broader mission is to continue to promote the concept to existing and prospective customers still utilising outdated mechanical force measurement products. As SP has reported, the technology is particularly suited to professionals only just beginning their migration from traditional solutions, but PT. Geoservices, at the cutting edge of their field, were keen to leverage the benefits for their particular application.”

Bluelink is powered by four standard AA alkaline batteries that provide in excess of 500 hours transmission time, and its internal antennae ensures loads to an accuracy of 0.1% FS are transmitted safely. 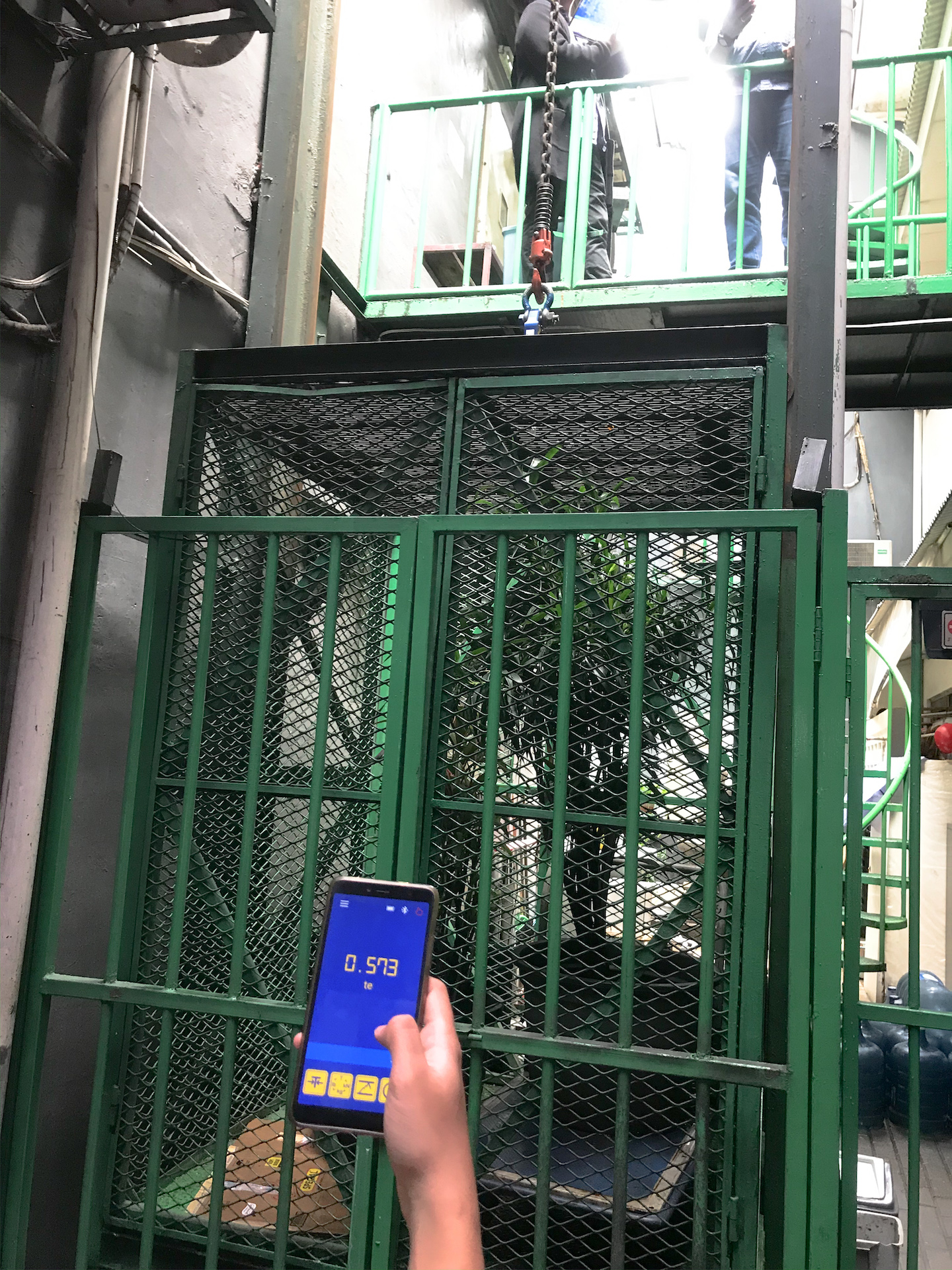 Caption: The supervisor at this site now has no need to be constantly at the cargo lift to monitor its safety. 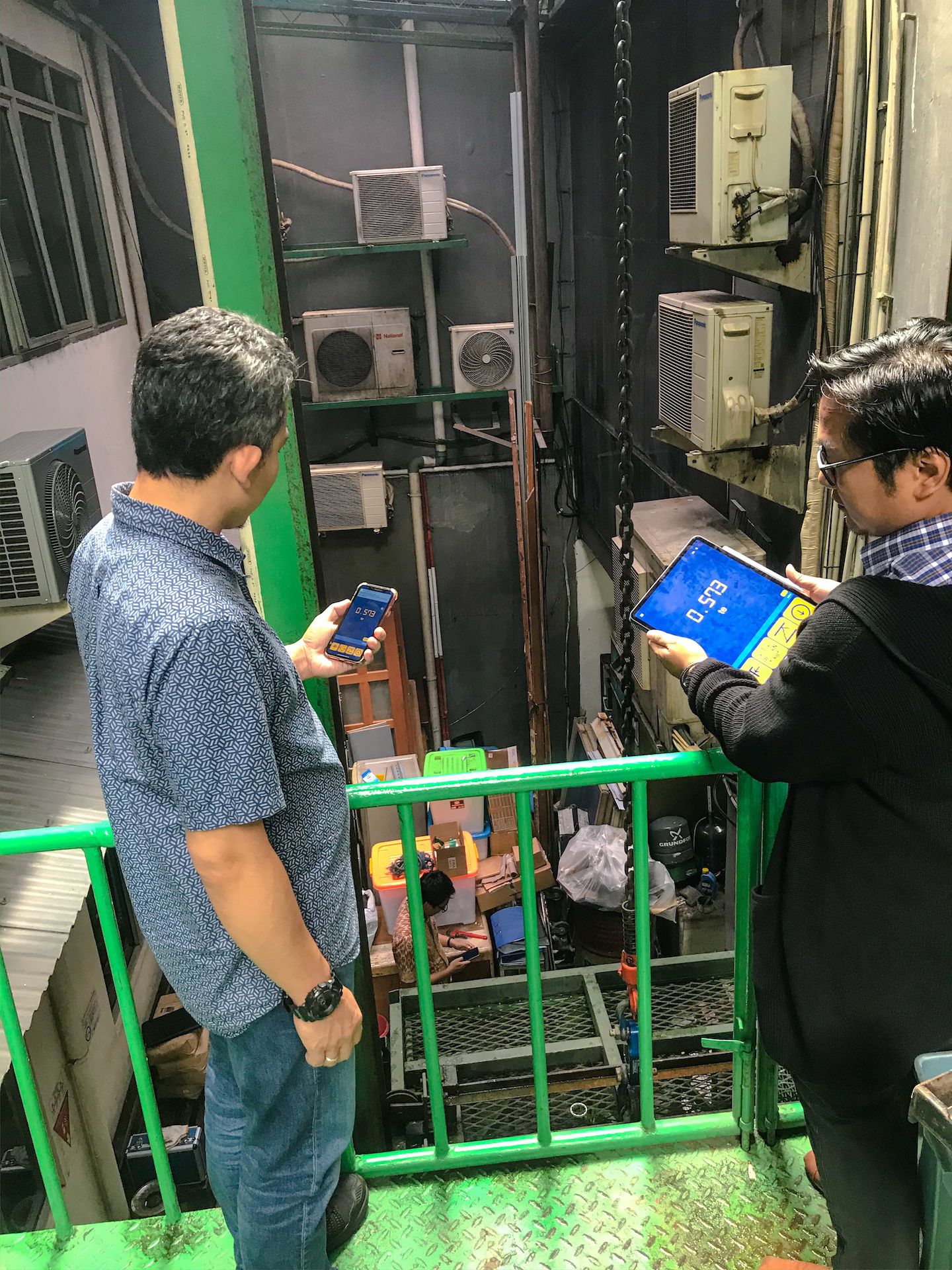 Caption: Siaptek demonstrated the product’s ability to communicate wirelessly to as many as eight separate iOS or Android devices. 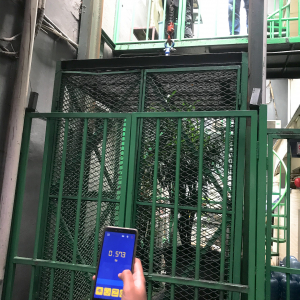 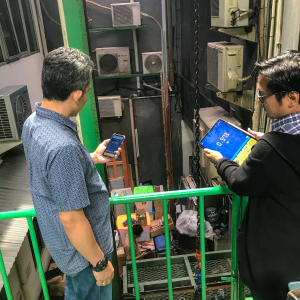