Ranger Lifting, a Sydney-headquartered lifting, rigging, and height safety equipment supplier, has unveiled another notable recruitment as it looks to execute ambitious expansion plans in Victoria.

Ranger, which recently added industry heavyweight Liam Mccaffrey to its Queensland operation, has named Paul Richards, internal sales co-ordinator, Victoria. This is on top of the appointment of Nitin Gupta, whose role is to further develop business through the Western and Northern suburbs of Melbourne. Both report to Ian Jongen, state manager, Victoria.

The company currently has two established sites in Sydney, New South Wales; and Melbourne, Victoria. However, plans to open its first site in Queensland and fuel ongoing growth in Victoria have dovetailed with a shake-up of the domestic talent pool, which has seen several individuals contact Ranger about opportunities.

Ashley Thacker, general manager, said: “People thrive on being part of a family-owned, independent business, where they feel an important part of the business. Sometimes when companies fall into new ownership, this connection can be lost and people with expertise and contacts can become disenchanted. However, smaller businesses can still be incredibly ambitious and deliver endless opportunity to its workforce, as our journey to date and plans to expand, prove. We are a serviced-based organisation and, as I’ve said before, for us to grow we must recruit the right, serviced-minded people. Recent additions tick those boxes.”

Richards, who was previously the Melbourne branch manager for another lifting company, said: “I believe Ranger has great potential to grow in Melbourne and I see myself playing an important role in contributing to it becoming a market leader—here in Melbourne and nationally. The business is very modern and is always offering new and improved ways to better serve customers and suppliers alike. My main responsibility will be to coordinate sales internally at the Melbourne office and work closely with all staff to help achieve an efficient, customer-based service. It is my belief that if we are able to offer customers consistently what our competitors cannot, we will establish ourselves as the premier lifting and rigging equipment provider.”

Ranger is adept at onboarding new staff, even in rapid growth mode, and has adjusted induction and support programmes in line with Covid protocols. Kristie O’Connor, the company’s sales operations / project manager, will initially take the lead on these processes. The Melbourne operation, which will be four years old at the turn of 2022, already functions autonomously, which gives the company two established sites from which to support state expansions in Queensland and Victoria respectively.

Thacker said: “Adding more cost to the business at a time of regional lockdowns is always going to have some risk associated with it, but we have built the business on great foundations, and when opportunities present themselves, we do whatever we need to do to capitalise on them. Our structure does not restrict individual talent—it empowers everyone to pick up the ball and run with it.” 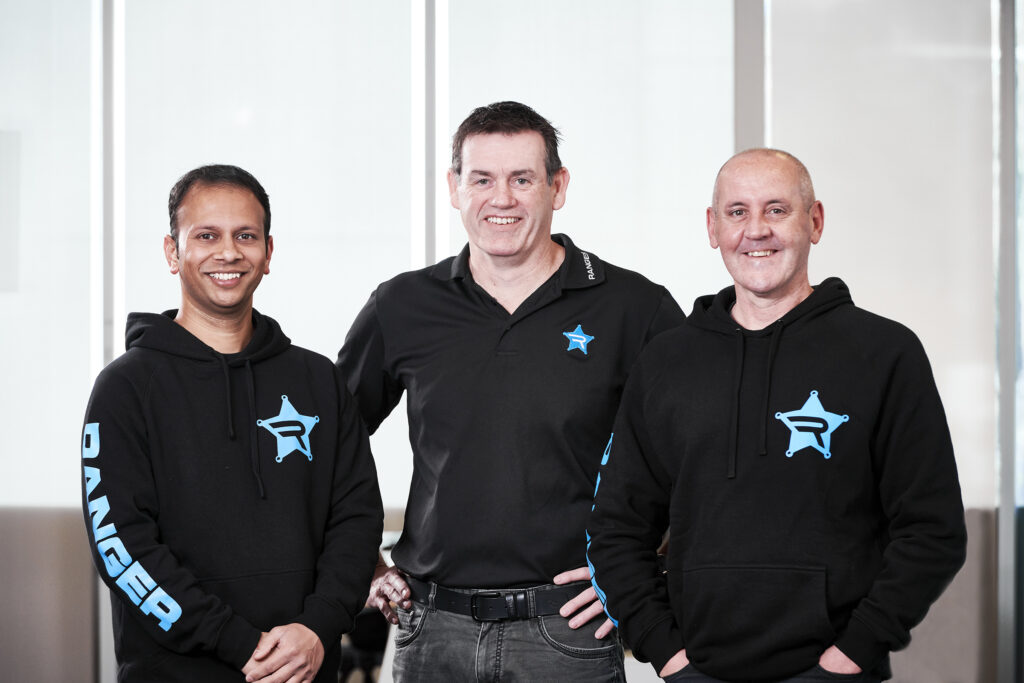 Ranger Lifting is a multifaceted Australian-owned business providing specialist lifting, rigging and safety solutions to clients in the mining, civil, construction and rail industries as well as government sectors. It is the go-to, one-stop-shop for professionals at the country’s largest infrastructure projects and smaller manufacturing facilities. The award-winning family business has a proven track record of supplying equipment that improves safety and productivity in the most demanding applications and environments in Australia. For many years, professionals have engaged Ranger to supply, test and inspect the safest, most durable, and efficient lifting and working at height equipment, selected from the world’s leading innovators and suppliers. www.ranger.com.au / info@ranger.com.au