This blog guides those who send press releases to media and others who might have a need to do so in future. Perhaps it can even inspire companies who don’t include the press in their marketing to give it a try.

There is more to this subject than many people realise and this article only scratches the surface, referencing key points for consideration.

First, a brief introduction, not by way of a sales pitch but because I wish more bloggers would state at the outset what their credentials are for discussing certain subject matter. If a blog sets out to discuss cracking techniques for the spine, I’d like to know about their chiropractic background, for example.

As a newspaper and later trade magazine journalist, I was sent good and (mostly) bad press releases every day. Now, my business provides a pubic relations service to a portfolio of clients, which involves sending out press releases about their products and services. We’re pretty good at getting them published. Prior to that, I was trained by the National Council for the Training of Journalists where students are given an advanced education in news driven wordsmithery around six pillars—Who? What? When? Where? Why? and How? 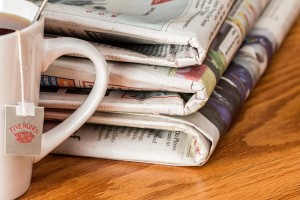 If a job’s worth doing…

You know the rest. And it’s certainly true of press releases. Working as a journalist for 14 years taught me a lot about the importance of making quick and informed, but ruthless, decisions on press releases and content for the newspapers and magazines I wrote for and went on to edit. When an email appeared in the editor@localrag.com inbox, it was passed to a reporter or binned. There was no time for pontification.

In the early days, it may even have arrived on a fax machine or by post, but the process was the same. And I remember it well. Is it newsworthy and relevant to our audience? If yes, consider it for following up. If no, toss it away. At the same time—and this is important—one would make a mental note about the sender. If it was good information, future correspondence from that person was worth looking out for. If their press release or story lead was in the trash, chances are their next one will end up there too and it probably won’t even be worth opening in the first place. 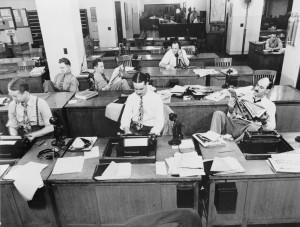 Regardless of the skill of the scribe or how neatly the prose are wrapped, a press release has got to be about something newsworthy. That’s the point. If it’s not new, it must have just done something new. If it hasn’t just happened, there better be a good reason why one is only talking about it now. If it’s regurgitated from a catalogue that was launched two years ago, it better not be sent to the media at all!

Stick to the facts

The target recipient of a press release is a busy journalist sifting through many similar announcements. Thus, sales jargon should be reserved for the product catalogue or advertisements. A press releases should answer those six key questions: Who? What? When? Where? Why? and How? It should be concise and factual. Based on the facts, an editor can assess its relevance to their readership. Get them covered clearly and early. Don’t end a 750-word ramble (and I’ve seen this) with, ’The ASDF9000 is a brand new product’. Instead begin with, ‘…has launched a new product called the ASDF9000 that…’ The Who? What? When? and Why? could be covered in one sentence. 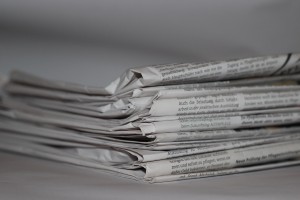 Good press releases contain quotes. I don’t buy into the theory that a quote must be in the third or fourth paragraph. The flow of the article considering the natural order of facts and detail is more important. What is key is that quotes are interesting, informative, personal and don’t repeat what’s already been said elsewhere in the article.

If the piece is about Bill being promoted to area sales manager, make the CEO’s quote better than, “I’m delighted to welcome Bill into his new role as area sales manager.” That’s obvious—if the CEO wasn’t in support of the promotion it never would have happened. Something about what makes Bill different and how the promotion benefits customers would be harder hitting.

Quotes should also provide a different angle. If a product was used on a highways project, for example, what did the contractor think of it? Don’t waste the opportunity to quote someone who has peers among the readerships of the media one addresses with a bland comment from the catalogue. Actually ask them what they thought of the product. Never include quotes from someone who hasn’t said them or at least signed them off.

“The new machine made me feel safer on site and helped us complete the job faster,” is a good example.

In quotes or otherwise, avoid statements like ‘industry leading’, ‘fastest’ and ‘superior’ unless proof is available as editors are reluctant to endorse such claims.

Wrap and label it

Don’t write a headline until the press release is complete. The author will have got to know the article a lot better in writing it and the headlining process will be easier than putting it at the top of a blank piece of paper. Don’t try to be a tabloid sub editor or be too clever. Remember, the purpose is to dress the press release up for media representatives. Think of it more as a label. State the facts over a few short words, like ‘New Machine Adds Safety and Efficiency to Pothole Repair’. 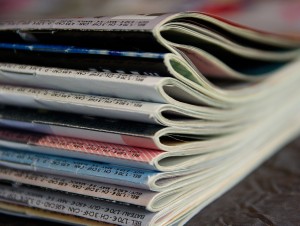 Above the headline, put the company name and the date of distribution. Some companies like to include logos or letterheads, which is down to individual preference, but don’t hide the important bit—the words—to the extent that they’re hard to access. At the bottom, add a contact name for followup enquiries. If an editor has a question or wants to request an exclusive angle (one should welcome that), they shouldn’t have to type the company into Google—and most wouldn’t bother.

I suggest limiting the number of fonts and sizes. A simple 12pt (I like Arial), 1.5 spacing with indented first lines looks neat and tidy, for example. Don’t capitalise or bold company names or include trademarks throughout text. Editors won’t publish them so they have to go through and edit it out. When it comes to deadline day and they’ve got two press releases to chose from, make sure yours stands out as the best and most straightforward option.

Once a new product or service, application, personnel development, acquisition, expansion, trade show appearance or partnership has been captured in prose and neatly presented, consider who might want to receive that news. We have hundreds of media contacts on our database but we rarely send a single release to all of them, and that’s even in the relatively niche industrial sector that engages most of our time. Ask oneself simple questions: Where will the new product be used? How will the supply chain work? Who will buy it? What media targets that demographic?

If a small number of key media outlets have been identified, show them the courtesy of a personal message. Tailor the email according to the type of relationship the sender has with the recipient. Under a clear, short subject line, put the key facts about the attached release in one or two sentences and advise if there are also attached images. 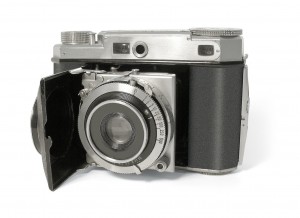 I prefer an email with a word document and images attached. Some businesses and public relations consultants send out press announcements in email newsletters or link to content on a website, which is fine in principle as long as it’s clear the vehicle contains a press release and it is easy for the editor to download the words and pictures. Keep reminding oneself how busy the recipient is likely to be and the volume of content they’re receiving. They might not bother with a long-winded downloading process.

Once a press release has been circulated, it can be an anxious wait for coverage. These days it happens a lot faster as journalists posts to social media and websites. Print is still the primary source of information in many sectors, however, so it pays to be patient. 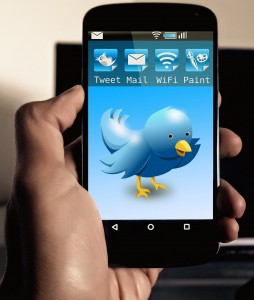 Avoid the temptation to followup an email with a phone call. It’s incredibly frustrating as an editor to receive an email only for the phone to ring and have someone asking, “Did you get my email? I thought this news would be perfect for your readership? Will you publish the story? When? Can I have a copy?”

It’s more efficient to build relationships and keep in general contact. Again, that’s another blog in itself.

Apply the guidance here and produce quality information. That’s what gets column inches. As I said at the outset, this blog is non-commercial so I’m not going to suggest everyone who reads it gives my business a retainer, but I do recommend using a PR company that knows an industry sector who can offer skilled wordsmiths to produce press releases. A lot goes into managing media relations and producing announcements that get coverage.