Northwest put the HT500 at the heart of a successful tender, awarded by a major U.S. freight forwarder. The principle challenges in sliding the 22.9 ft.-long, 8.7 ft.-wide, 12.6 ft.-high transformer were created by limited site access, a significant slope, and a live substation environment with energized electrical equipment in close proximity to the surrounding work area and overhead.

The HT500 is frequently chosen as the most cost-effective and accurate tool for moving, loading or unloading all types of heavy loads, including transformers, generators, compressors, pressure vessels and other machines where a rigid, load carrying track is required. In this instance, Northwest also employed Hydra-Slide’s Hydra-Pac synchronous hydraulic power unit, oak timber mats, jacks, and rigging gear to complete the project.

Jimmy McClung, project manager at Northwest, said: “The site provided very limited access for the work and was sloped significantly. As such, we had to account for the variation in height in our slide track support plans. However, as always, we had to execute each stage of the job one step at a time; our first task was to receive the transformer at the site on third-party trucking equipment.”

He continued: “We had to jack it up from the trailer, install the slide track, slide it 50 ft. to align with the pad, jack it up to remove the slide track equipment, and jack the transformer down onto the pad—with a maximum ¼-in. tolerance to the center-lines. We were also tasked with the unload of three loads of accessories by forklift truck.”

The 20 ft. by 4 ft. by 12 in. oak timber mats supported the track, which was used in 20 ft. and 10 ft. sections, at a height of 5 ft. at its highest point. Chain slings were used to remove those track sections from beneath the transformer, once it was over the final installation position. McClung explained that ongoing collaboration with the Hydra-Slide team was key to piecing the heavy rigging puzzle together.

He added: “It was the perfect solution for spanning the distance we had to slide the transformer. The push / pull cylinders enabled us to precisely position the transformer above its alignment marks, while the synchronous power unit allowed us to safely synchronize all movements with the push / pull cylinders, as well as all movements of our jacks. A number of our customers have a need for the safe execution of such jack and slide projects, and the system allows us to complete these projects in a 100% safe manner.”

McClung led a team that included a project manager, project engineer, superintendent, power unit operator, and four riggers. Northwest, which originally purchased the Hydra-Slide system to meet a general need in its marketplace for this type of project, also has a 500-ton capacity Hydra-Slide turntable in its fleet. 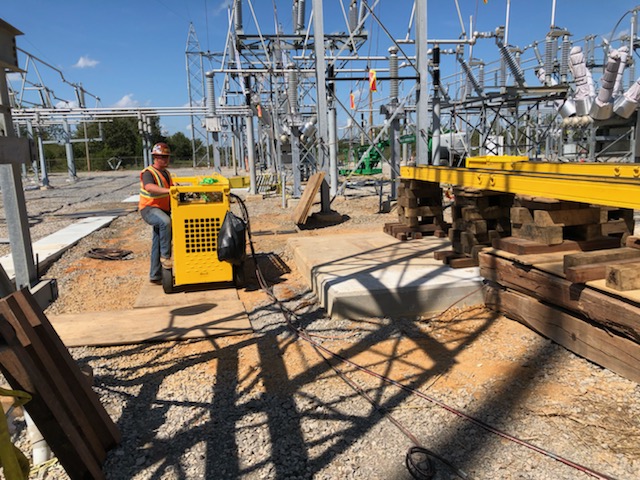 Caption: The track had to be supported at 5 ft. at its highest point. 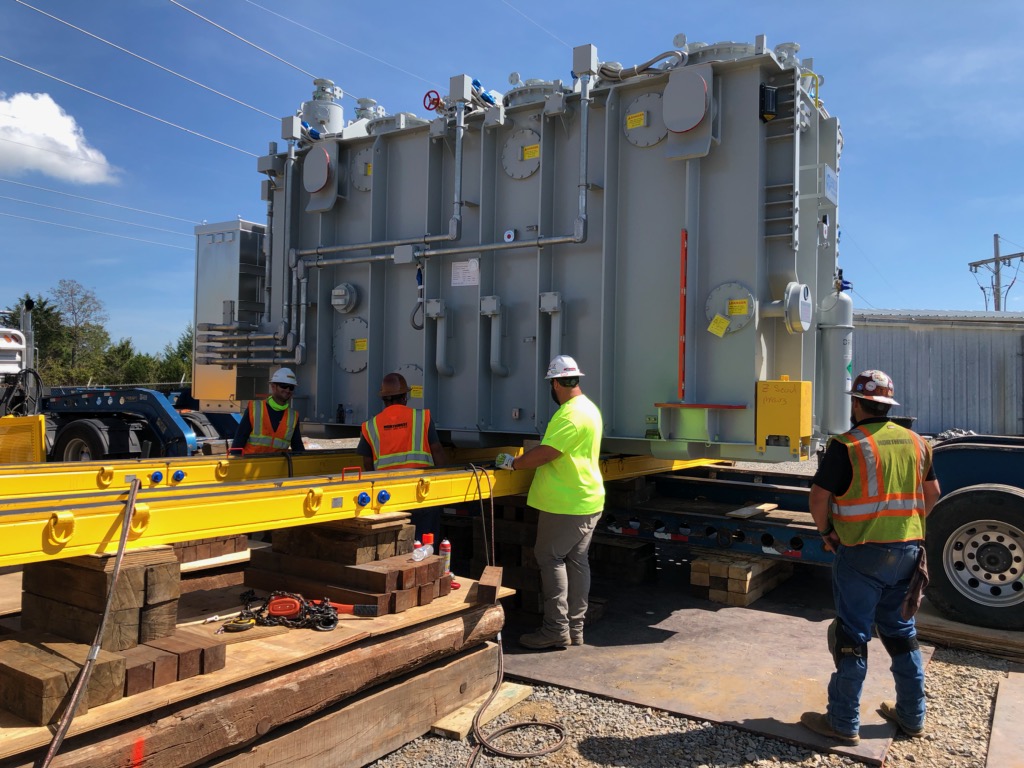 Caption: The 18,607-lb. transformer was installed in a live power station environment. 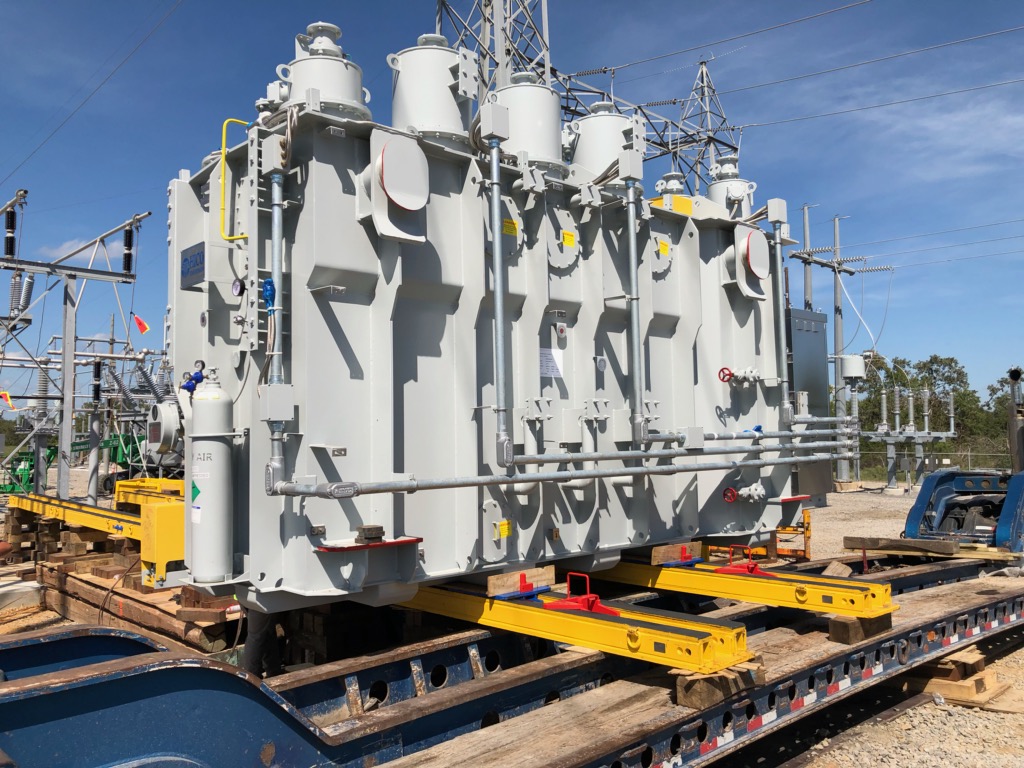 Caption: Live electrical equipment was in close proximity throughout the install. 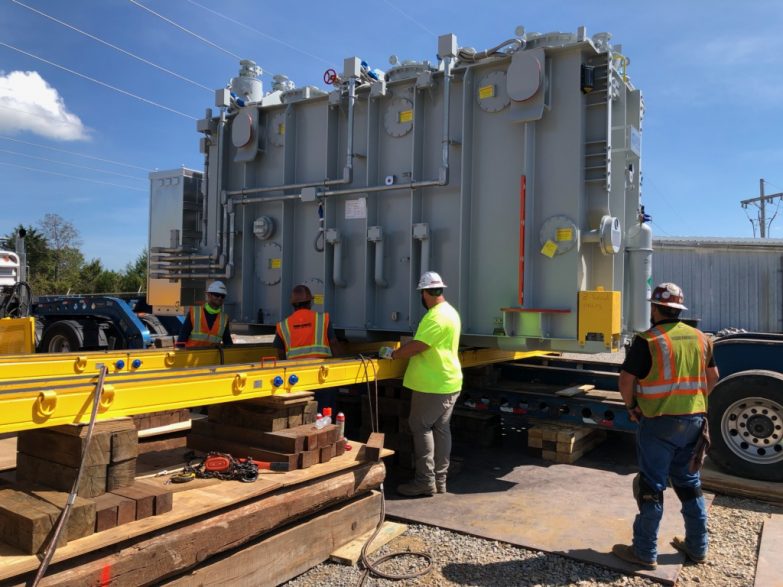 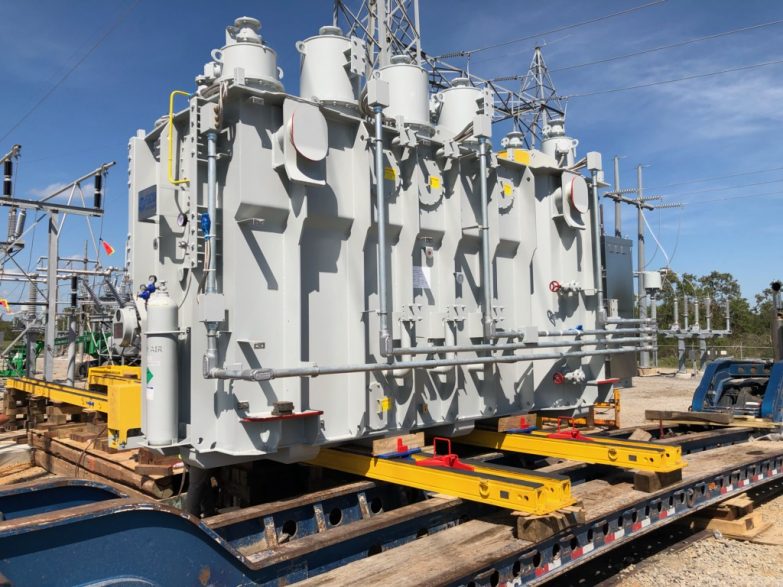