Sweden’s Dellner Group—Dellner Brakes was a subsidiary—acquired German industrial braking manufacturer Pintsch Bubenzer in January 2018, in a deal that has paved the way for the companies’ ongoing global expansion. Pintsch Bubenzer makes high performance disc and drum brakes for cranes and other severe duty applications, as well as complementary products, such as emergency and storm brakes. Four months earlier, Dellner Brakes had acquired U.S. brake and clutch company Gummi USA.

Momentum was continued two years ago when Dellner Brakes, incorporating Italy’s Rima Srl, bought German brake specialist JHS Jungblut in a move that immediately strengthened the company’s offering in the wind energy market, and enabled further global expansion, notably in the Far East. Once competitors, this game-changing acquisition put these braking powerhouses on the same team.

Joel Cox, president at now Dellner Bubenzer USA LLC, said: “Much of our community has followed the journey of the Pintsch Bubenzer brand—Pintsch Bamag and Bubenzer Bremsen are steeped in history and eventually became the Pintsch Bubenzer business that Dellner acquired. It’s really been a journey that started generations ago and has found its way to this landmark moment.”

The new-look Dellner Bubenzer was unveiled on Day One of the AIST expo, where a fresh logo, brand colors and values are visible for the first time. The new, green-colored ‘DB’ logo is a tribute to the ‘D’ from Dellner and the previous branding, and the legacy ‘B’ from Bubenzer. They form together with a disc outline, since caliper brakes are core to the business. The logo has already been integrated into brake castings, as AIST delegates will see.

Cox was part of a global leadership trio that executed the entire brand overhaul, including Friederike Imhäuser, marketing manager, of Germany; and Edgar Roca, vice president of Dellner Brakes, of Texas. Governale Group, of Houston, Texas, provided branding expertise, having emerged as the chosen partner from a three-strong, worldwide shortlist. The team started planning at the beginning of the year and was shooting for an April to July launch, which has been delivered on time.

Cox said: “Our founding brakes [from Gerhard Bubenzer] were a shade of green many years before the famous red color, but the new look represents progression away from the legacy color to a bright, vibrant green that has been established and locked in; we plan to protect it for many years to come. Of course, to match, an interactive and easier-to-navigate website captures the new, global brand family. The [AIST] show will be the physical launch platform but the whole package will be rolled out around the world.”

Additionally, new data sheets, catalogs, graphics, image libraries, etc. were overhauled, much of which is visible at Booth 2303 at the Music City Center. 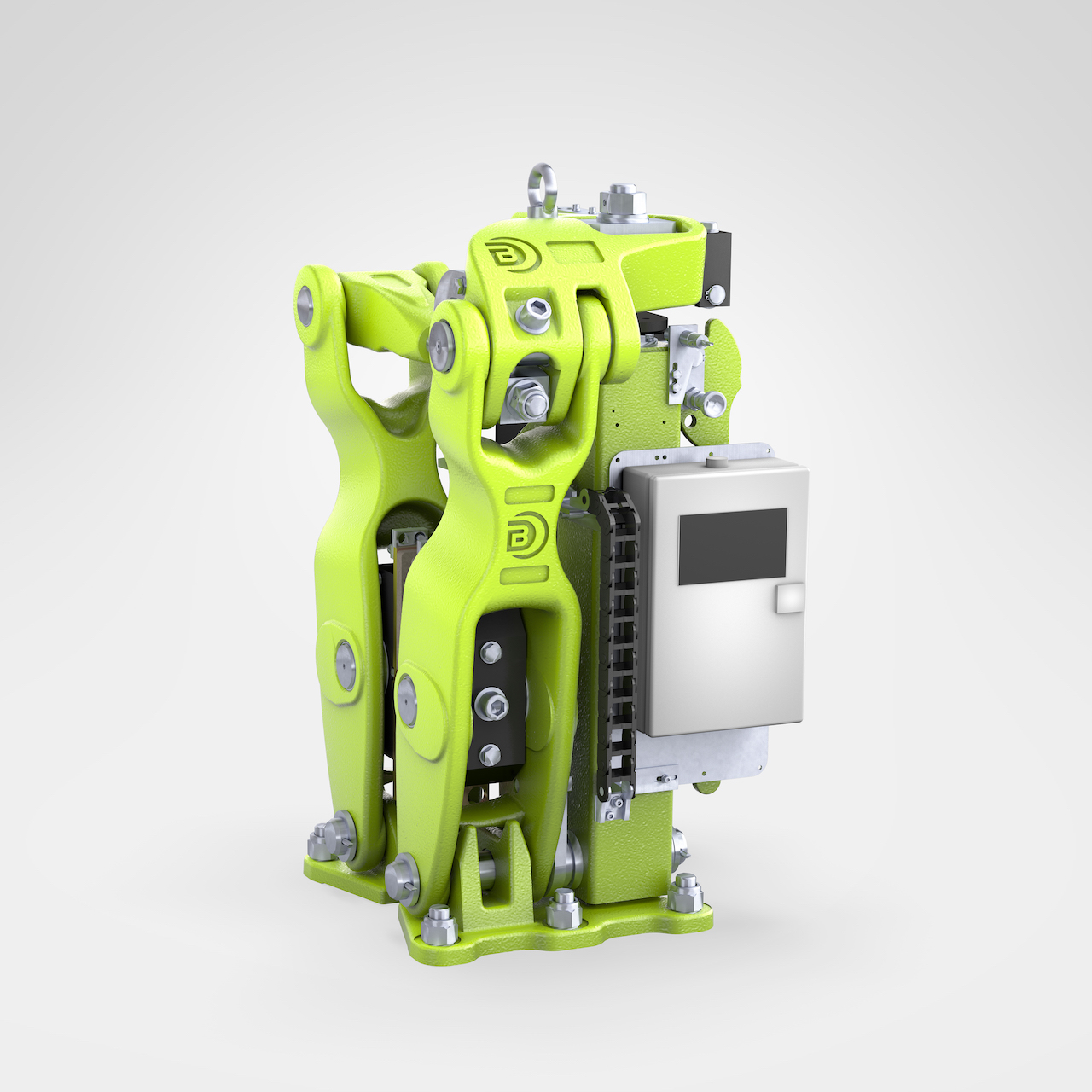 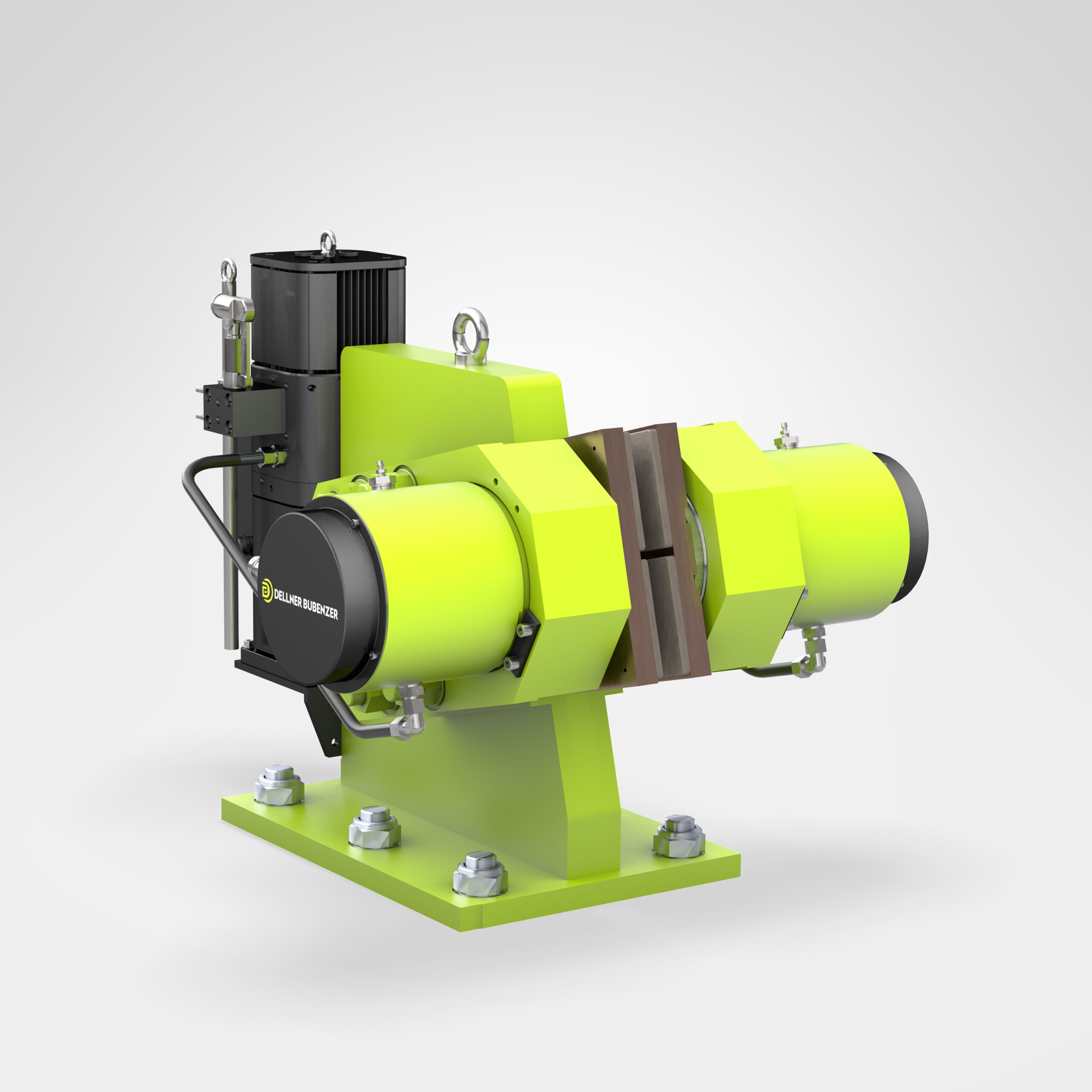 Caption: The logo has already been integrated into brake castings.

Caption: The logo is a tribute to the ‘D’ from Dellner and the previous branding, and the legacy ‘B’ from Bubenzer. 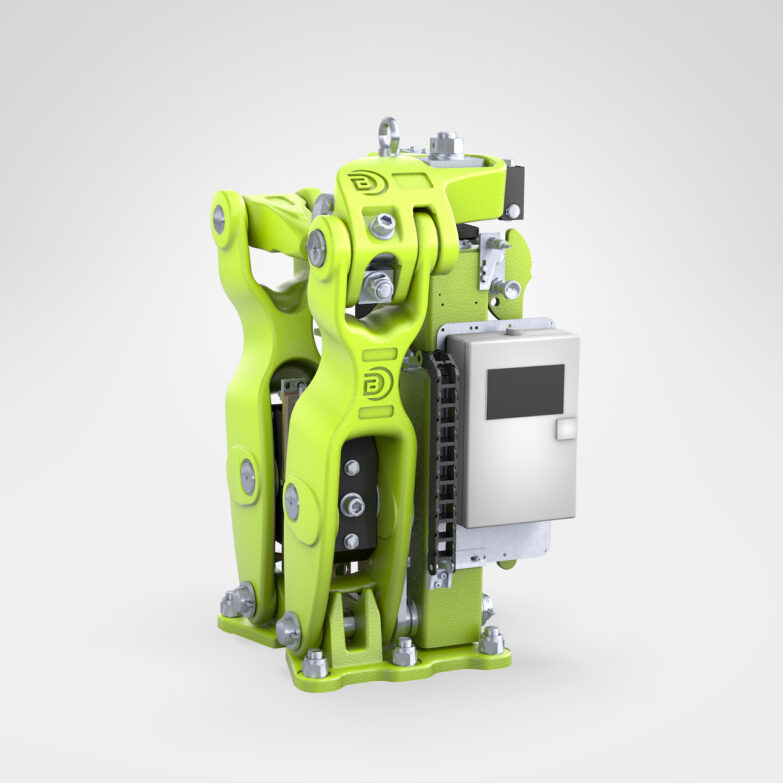 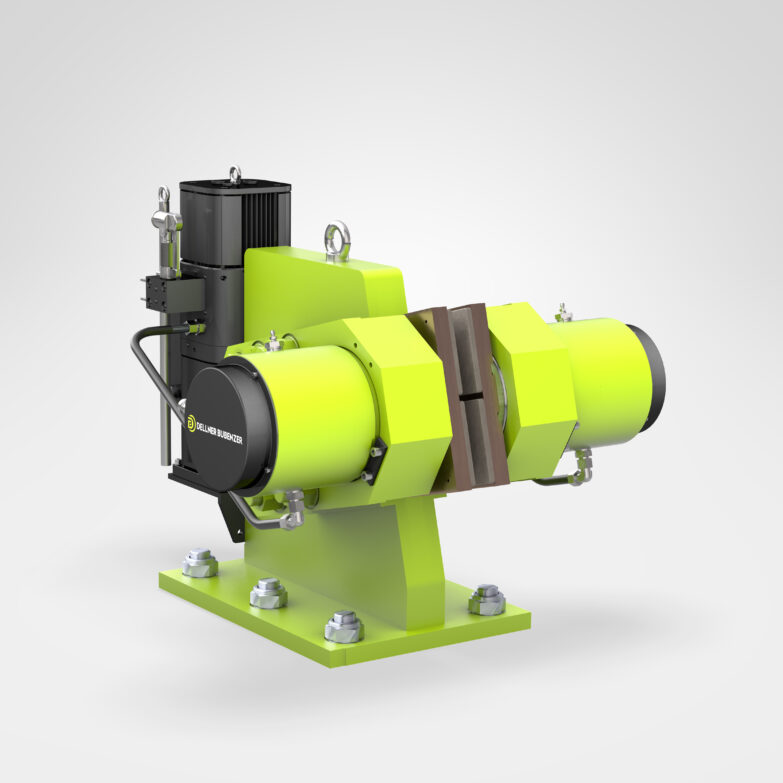