This blog reminds small businesses to remain focussed on their goal to build engaged communities as social media algorithms hit the headlines.

Whether you agree with Mark Zuckerberg’s decision to alter the platform’s news feed algorithm or not, the founder and CEO of Facebook, has presented a timely opportunity to look again at social media science, not just on his platform but across the board.

Social media marketers were still sobering up from New Year celebrations when Zuckerberg threw a 2018 curveball at them in the form of the algorithm shakeup. But it shouldn’t have come as a surprise and we should still be trying to hit it out of the park.

When Zuckerberg said: “…recently we’ve gotten feedback from our community that public content—posts from businesses, brands and media—is crowding out the personal moments that lead us to connect more with each other,” headline writers and shareholders (shares took an immediate, short-term hit) were unsettled. It was bad news for publishers in particular.

However, it’s important we don’t overreact; the new algorithm is broadly a good thing and any talk that this announcement is a hostile shot across the bows of anyone with a commercial interest on the platform is premature. What Zuckerberg is really trying to do is strengthen and protect Facebook’s communities and promote meaningful engagement, which is an ethos we should all embrace, especially in the SME sector.

What is an algorithm?

The dictionary tells us it’s a process or set of rules to be followed in calculations or other problem solving operations, especially by a computer.

In social media terms, to understand what an algorithm does, we need to revisit the early days on, say, Facebook or Twitter (our favourite platform). Remember when we used to peruse our timelines on our lunch breaks and see half a dozen posts from those we cared about most? Or when we could scroll through a feed with our thumb on a smart device and pretty much consume the entire thing on one short public transport journey?

Now our timelines are like rivers; they’re a constantly flowing stream of comments and posts that never end. Sometimes it feels like they’re going to flood.

Of course, people have varying numbers of friends and followers but in most cases by the time someone has read a few posts even more arrive. User habits adapt—we have long since started to look at hashtags or topics more than timelines—but the platforms themselves must evolve to survive too. It is no longer in anyone’s interests for timelines to be like email inboxes where the latest post goes straight to the top, for example.

With more and more apps and platforms hitting the market, only a constantly evolving, improving concept can hold onto notoriously disloyal audiences.

So the point of algorithms is to return social media usage back to where it began, when it was user-friendly and enjoyable for a consumer. They essentially customise the experience so users see the kinds of things they’re interested in, which is key when everyone is battling so much competing noise in their daily lives. They also serve to get rid of spam and self-promoting drivel.

Algorithms elevate higher quality content. Twitter now lifts up Tweets from people one has actively engaged with. When a user logs in a bunch of posts from that person or account will be readily available, labelled ‘In case you missed…’ 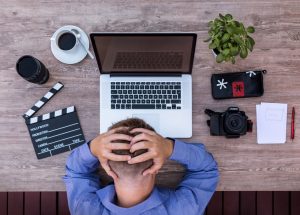 Algorithms can drown out the noise.

It means there is less emphasis on when a post is scheduled and a limit to the traction that can be gained by repeating an ‘evergreen’ marketing post, likely to be snarled at by the new Facebook algorithm in particular.

In principle, it means they’re a consumer’s friend and a marketer’s adversary but that’s too simplistic, particularly for small businesses that market to a very defined, often niche audience—a community.

Retain a sense of perspective and keep your social media mission on track; have a plan or a schedule. Of course it’s prudent to monitor how algorithms can help or hinder a marketing or brand awareness campaign, but don’t let them dictate to you. Quality content will still be rewarded and, think about it, a small business operates more like a big family than a corporate marketing machine. It’s always been about a sense of community. And still is.

SMEs should be encouraged when Zuckerberg says, “We built Facebook to help people stay connected and bring us closer together with the people that matter to us. That’s why we’ve always put friends and family at the core of the experience.”

Or that content, “should encourage meaningful interactions between people.”

This is the kind of activity we should be striving for anyway. Watch out spammers and bots; Zuckerberg is coming for you, but he doesn’t have any intention of breaking up business communities that engage with one another or comment on each other’s material. 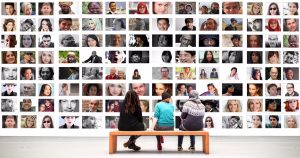 That’s a key takeaway: the new algorithm will look favourably on genuine comments and interaction. As such, it’s prudent to invest in reaching target audiences and giving them quality education or advice, just as before.

Moreover, building a strong community of followers is more powerful than any algorithm. In fact, evangelists for a company or brand can become algorithm busters and catapult content where they want to take it.

Be honest, not all content is great and algorithms serve to make sure we see the best stuff first. What’s wrong with that?

Content is still king and, as Zuckerberg would agree, it’s queen is community.

Thank you for reading.