The event was part of the company’s month-long efforts to raise awareness of mental health, which pivoted around World Mental Health Day, recognised by the World Health Organisation (WHO) on 10 October every year. The bake-off followed a series of events and toolbox talks, supported by posters, social media campaigns, and other initiatives.

The Lighthouse Club is the only charity that provides emotional, physical, and financial wellbeing support to construction workers and their families. It receives no public funding and relies on the generosity of those within the industry to help it continue such vital work. T&M, a manufacturer of custom-built bowsers (tankers) that service the sector, has been supporting the charitable cause for three years.

Terry Beasley, managing director at T&M—and bake-off judge—said: “Members of our team can use the services provided by the charity. It’s anonymous so we wouldn’t know if they have used it. But we encourage our managers to look for signs of employees suffering with mental health and have support systems in place to help. That’s why we are proud to fundraise for this charity as the helpline alone is a vital tool to help our employees and others like them when they need it.”

The T&M team were asked to come up with fundraising suggestions and a head-office team bake-off was chosen to coincide with the new series currently being aired on television. Employees were encouraged to each bring in a home-baked dish of their choice to sell at a charity fundraiser. Bakes were sweet and savoury, ranging from individual items (brownies or cheese straws) to larger bakes (cakes or quiches). All bakes were judged by Beasley; and all donations were matched by T&M.

The winner was Steve Donelan, workshop assistant; Taylor Every, transport manager, was runner up; and Amanda Lord, compliance coordinator, was second runner-up. Cash collected totalled £291, which amounted to a £582 donation to the Lighthouse Club.

Beasley added: “With two construction workers taking their own lives every single day, it’s a real concern for employers in the UK. By supporting the Lighthouse Club, we want to bring that number down and believe that the wider industry is slowly but positively changing. By eliminating the stigma around mental health issues, especially in men, we can contribute to change that ultimately saves people’s lives.” 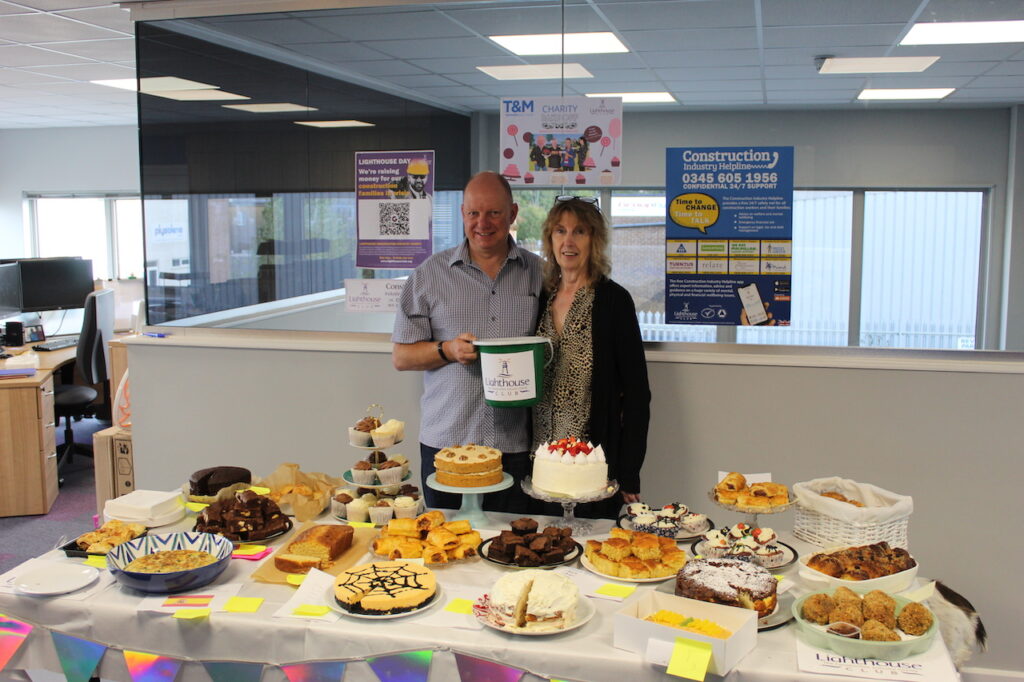 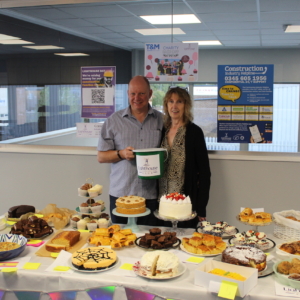