The manufacturer of custom-built bowsers (tankers) draws water from the mains, using licensed pipes, before transferring it to site-based tanks or directly into machines for multiple end use requirements. Where railway projects might use water principally for embankment and stabilisation projects, other sites have more varied needs.

Terry Beasley, managing director at T&M, said: “Unlike dust suppression, which is generally isolated to the summer season, the wider requirement for water is year-round. The other difference is, while dust poses a health risk, other demand for water is really associated with a specific application and / or use of plant and equipment that we feed.”

The volume consumed by water-based works is demonstrated by hydro-demolition, which is a method of removing concrete with high-pressure application of water. It can be used to remove deteriorated concrete and can also be used in advance of new coating applications. Beasley estimates that a single hydro-demolition machine might get through between 10,000 and 40,000 litres in a single shift, depending on its size and capacity.

Hydro-seeding, meanwhile, is a planting technique involving a slurry of seed and mulch. It is often used as an erosion control technique on construction sites, as an alternative to sowing dry seed, which might not take as easily or be disturbed by the elements. Beasley said that T&M feeds water into a mixing machine before the contents is spread by truck- or trailer-mounted plant.

Water is also used in a mixing application at batching plants, often called concrete plants, where the various ingredients required are stored offsite to limit the costs associated with buying it in already mixed as it is required. Water is also integral to sub base compaction; when laying a base for an area of paving for foot traffic, contractors must first lay the sub base. Soak-away testing is another ground- or soil-based application, as large sites need to prove soil permutation.

“That’s without talking about welfare units or wheel washes,” said Beasley. “Welfare units, or towable / mobile canteens and toilets, require a constant supply of fresh water, especially on busy sites where footfall and usage is high. Wheel-washing is a more important requirement in some places than others. If many large, heavy-duty trucks are working off-road in inclement weather, water consumption will be higher than a few lower-duty vehicles on a dry site. In every instance, we need to provide the appropriate level of water—not too much, or too little. And always on time.”

He added: “Our vehicles are versatile so they can be driven to site and then drive off-road to complete their work.” 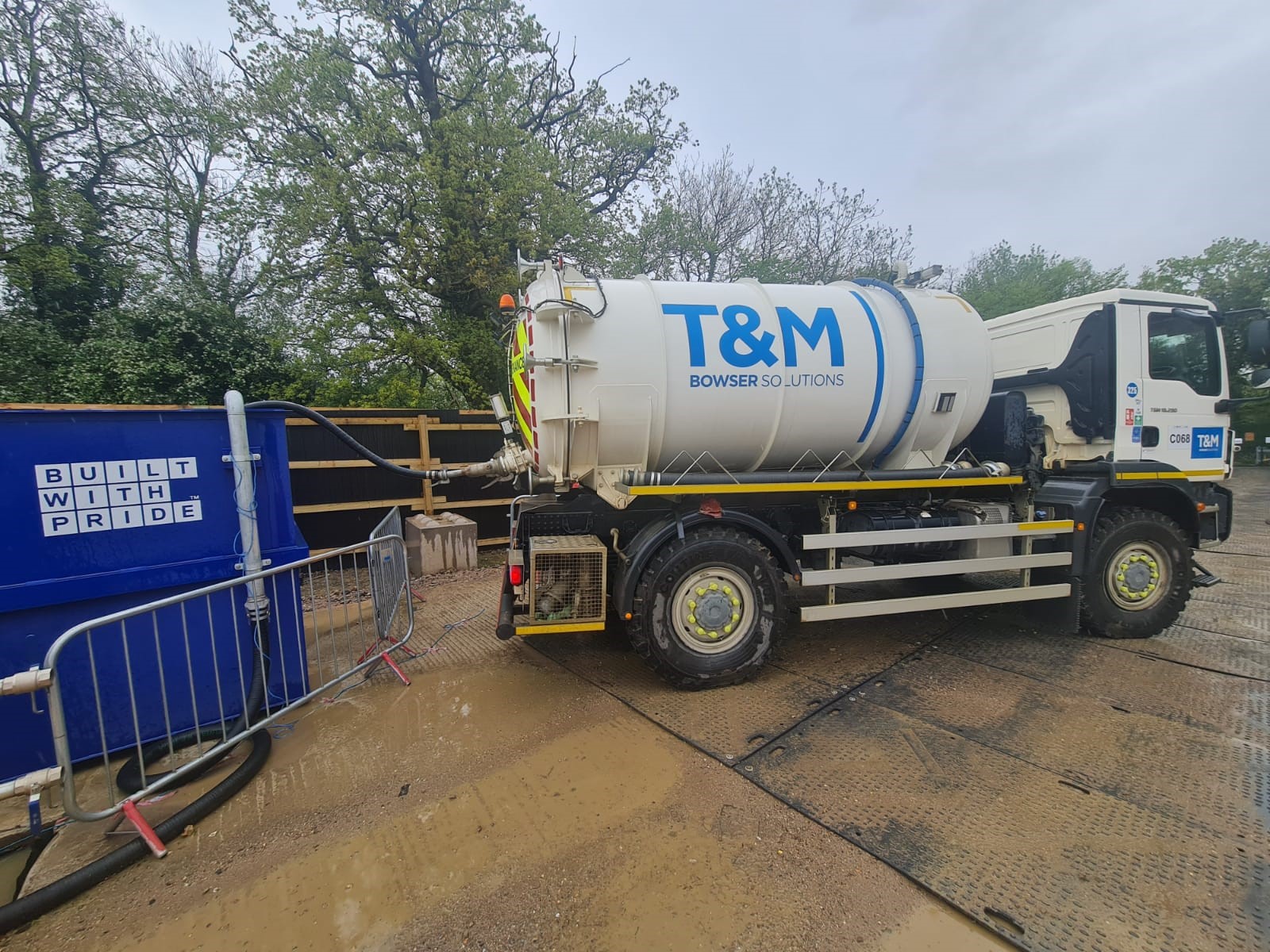 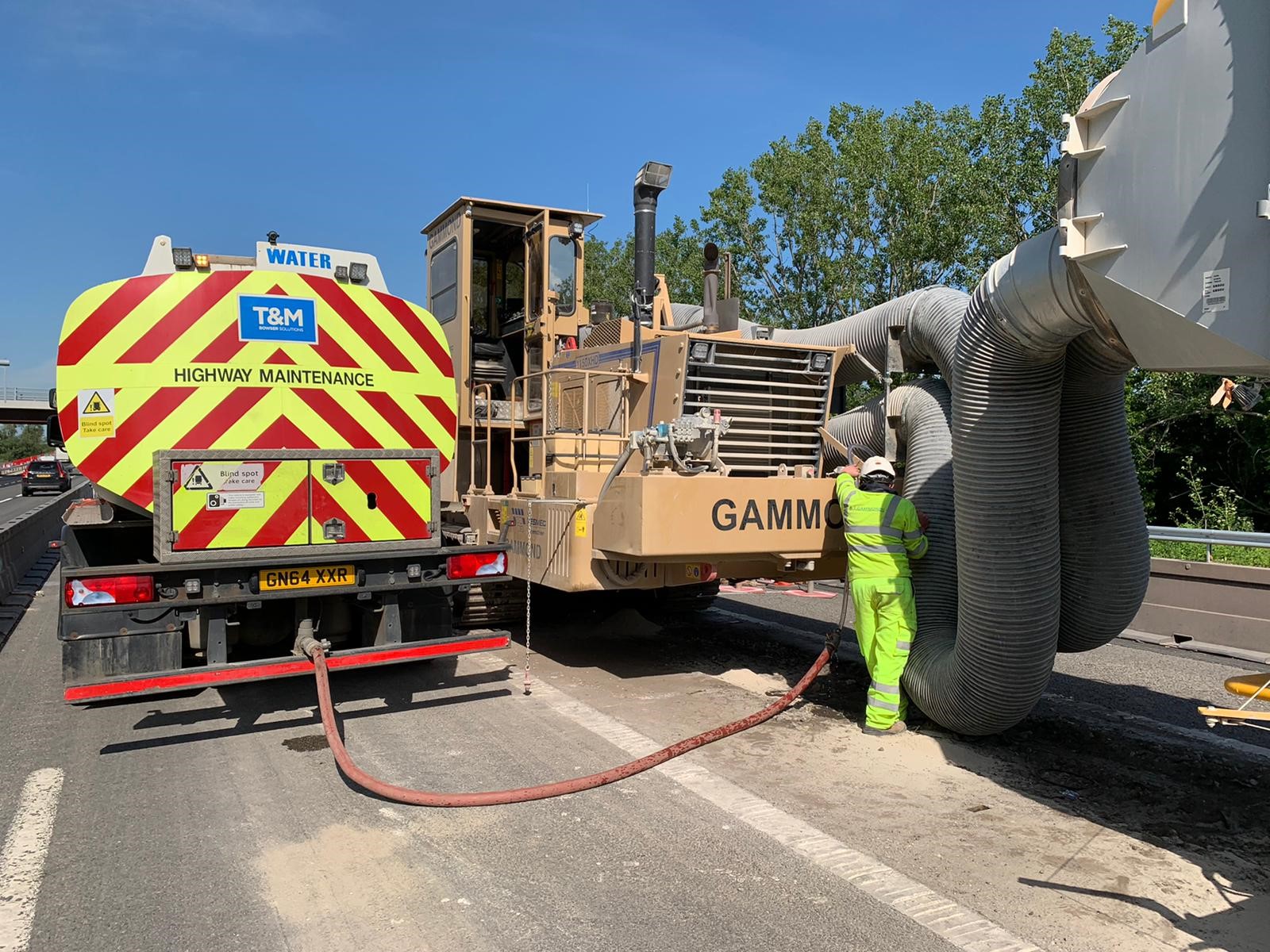 Caption: A 10,000-litre truck filling a rock saw, used to cut the carriageway ready for widening on the M4 smart motorway. 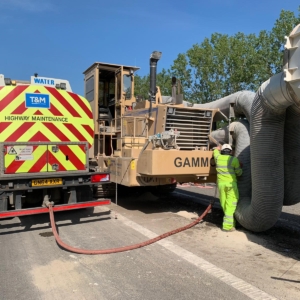