The unique concept enables fuel to be traced accurately from point of delivery to consumption, removing the risk of short delivery by fuel companies. More importantly, the solution eliminates a requirement to work at height, while risks of theft and spillage are also eliminated.

T&M will manufacture 30, 10,000-litre capacity, self-filling bowsers this year, each allowing use of the bowser’s pump and metering system to load itself, removing the need for expensive pumps and meters on storage tanks. The bowser is connected to the tank with a three-inch pipe with a dry brake coupling, removing the risk of spillage.

Terry Beasley, managing director at T&M, said: “Previously, there was a requirement for the bowser driver to climb onto the equipment and fill through the top of the tank, but the [T&M] solution allows filling at ground-level; it’s quicker and safer than traditional methods. We are the only company that can trace the fuel from the moment it is delivered to site through to it being put in the fuel tank of the machine. We are constantly looking at ways to reduce accidents within the refuelling process; climbing onto large machinery, carrying a heavy fuel hose, often covered in mud, is inherently dangerous.”

All tanks—they are typically stored in the site’s major compound—and bowsers are delivered empty. No fuel can be dispensed without authorisation through T&M’s fuel management system, whereby a data tag is fitted to a machine and all details of that machine loaded onto the system. T&M then authorises fuelling for that plant; if an item of equipment is off-hired, it can block the authorisation and the bowser will not dispense fuel to it.

Beasley, who estimates that implementation of the system also contributes to a time-saving of two hours per vehicle, per day, added: “Gas oil is now very expensive; it was 8ppl [pence-per-litre] when I started, it is now around 45ppl and has been as high as 86ppl, so the main client expects traceability. Then there’s safety, the elimination of theft, and leakage that leads to water contamination, which is a massive environmental problem.” 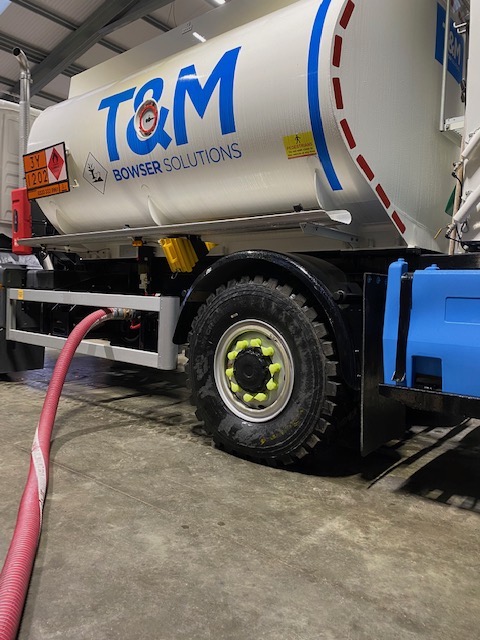 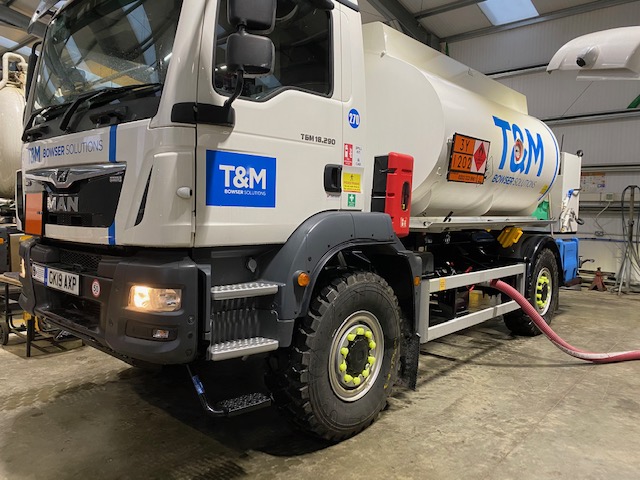 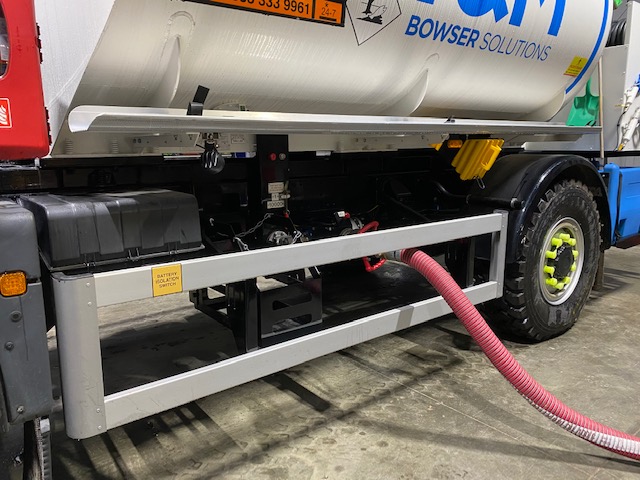 Caption: The bowser is connected to the tank with a three-inch pipe with a dry brake coupling. 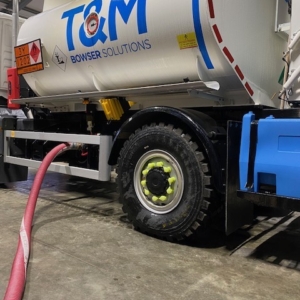 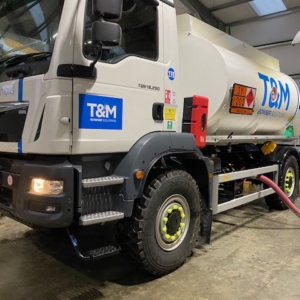 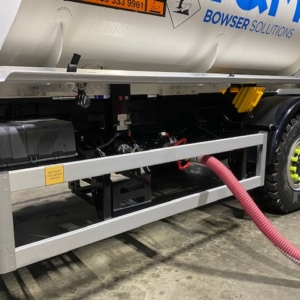