Without constant access to water and fuel, even in remote locations, rail projects would shudder to a halt. Horsham’s T&M Bowser Solutions has a track record of delivery.

T&M Bowser Solutions (T&M), a manufacturer of custom-built bowsers (tankers), has been serving the rail construction industry since inauguration more than three decades ago. Over that time, while the ambition of railway projects has changed, the major task of getting water and fuel to plant and vehicles, often in remote, rural, locations, has remained the same. There’s a simplicity to that requirement, yet it poses great logistical challenges. Ensuring bowsers have the right fuel attachments for this unique sector’s trains and plant is just the starting point.

Terry Beasley, managing director at T&M, says: “A commonality of railway projects is that projects frequently find themselves in the middle of a field. Think about your last long-distance railway journey; what was out of either window for most of the trip? Yes, fields. Imagine, then, the challenges that terrain presents during construction. A lot goes into laying track and, at each stage, a variety of plant and vehicles are required to keep the job moving. Wherever the equipment goes, the requirement for fuel and water remains a prerequisite. You can’t think, this section needs to be laid through something of a quagmire, we’ll make do without [fuel and water].”

A good example was when T&M supplied a fleet of bowsers for the Aberdeen to Inveraray railway line project in Scotland. The manufacturer’s four-by-four vehicles were required because a constant supply of water was necessary for damping down the sub-base. The railway stretches from one side of Scotland to the other, carving through some of the most remote countryside in the land. At every step, a T&M bowser was on hand to ensure, first, that all vehicles and plant were sufficiently fuelled; and, second, that water was available on tap for damping down.

“We can get water where most people can’t,” Beasley says. “Often it comes down to our ability to adapt; we’ll make a vehicle do what the customer wants it to. Even if it’s not possible, we’ll find the answer. In another recent job, a railway bank was collapsing, again at a remote location, and we had to improvise to get water to the operation. In this instance, we utilised our vehicles to get down a farm track, and then laid a mile of pipe to get the water to the site. It’s about improvisation, sometimes, and the railway sector constantly demands ingenuity of us, indeed, its entire supply chain.”

While the challenges presented by the railway sector are often unique, the supply network that Beasley refers to is largely replicated in other industries, such as highways, for example. Whether its BAM Nuttall or Balfour Beatty, contract and purchasing decision makers have go-to companies that they call upon to get their projects moving, wherever they are. Certain elements will change—one site might be more remote than another—but T&M’s job is the same: to get fuel and water where it is needed, when it is needed, no later.

Beasley adds: “Over the years, we’ve built up a reputation for delivery. Of course, without it, we wouldn’t continue to get contracts. It helps that the same companies are involved across our customer base—road, air, rail, construction and ground investigation—but that only works in your favour if you become reputed for delivery of the solution that they need. Contracts can be different every time; often it’s a case of working to an order number, which might represent a project for a period of time, say, a year.”

At any given time, 25% of T&M’s fleet is engaged on rail projects. However, this summer marks six years of supplying bowsers for the Crossrail project, which is delivering the Elizabeth line to provide a 10% increase in rail capacity in central London. Thus, when a sizeable contract kicks in for HS2, a state-of-the-art, high-speed line critical for the UK’s low carbon transport future, around half of T&M’s 100 vehicles will be serving projects across the country’s rail network. Twelve bowsers were due to be committed to HS2 at the time of going to press, each of which will have a dedicated driver to maintain consistency for customers.

Beasley says: “[Crossrail] is interesting because it’s been such a long-running project; they come in all shapes and sizes in this industry. Our small, four-by-four bowsers have been widely utilised there because of limited access to the site compounds. Our [5,000-litre capacity] 7.5-tonne vehicles are shorter than the [10,000-litre] 18-tonne versions, which suited the site dimensions we had to work within. HS2 will present its own challenges, no doubt.”

Of note to railway professionals, T&M, based in Horsham, West Sussex, recently added the widely coveted ISO 45001:2018 standard to its ISO 9001, 14001 and BS OHSAS 18001 certificates, before the latter is replaced by 45001 next month (March). Beasley says: “As rail and other customers recognise, health and safety is part of our DNA. We are a leader in industry for ensuring that safety meets the highest standards of quality and assurance.” 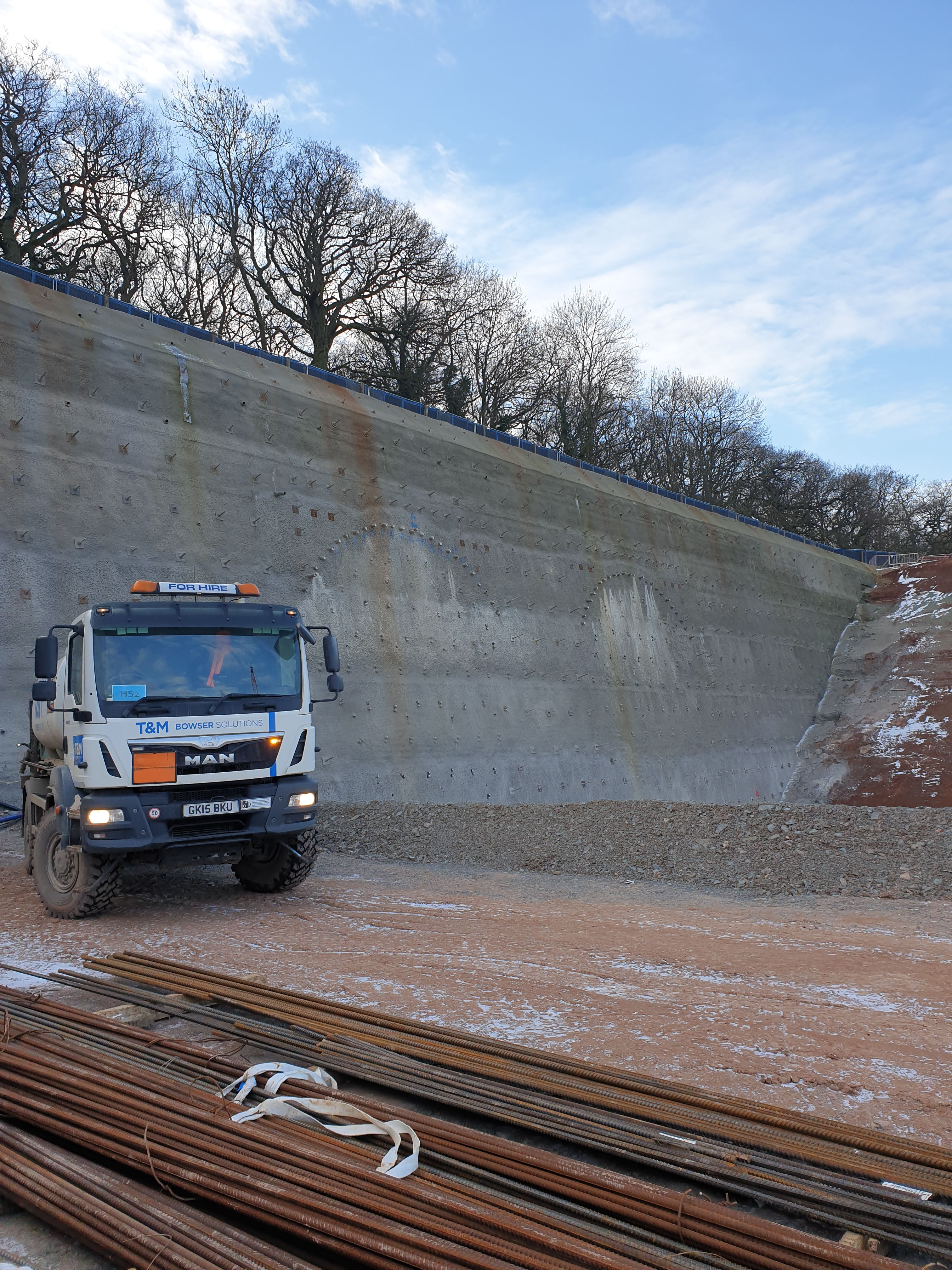 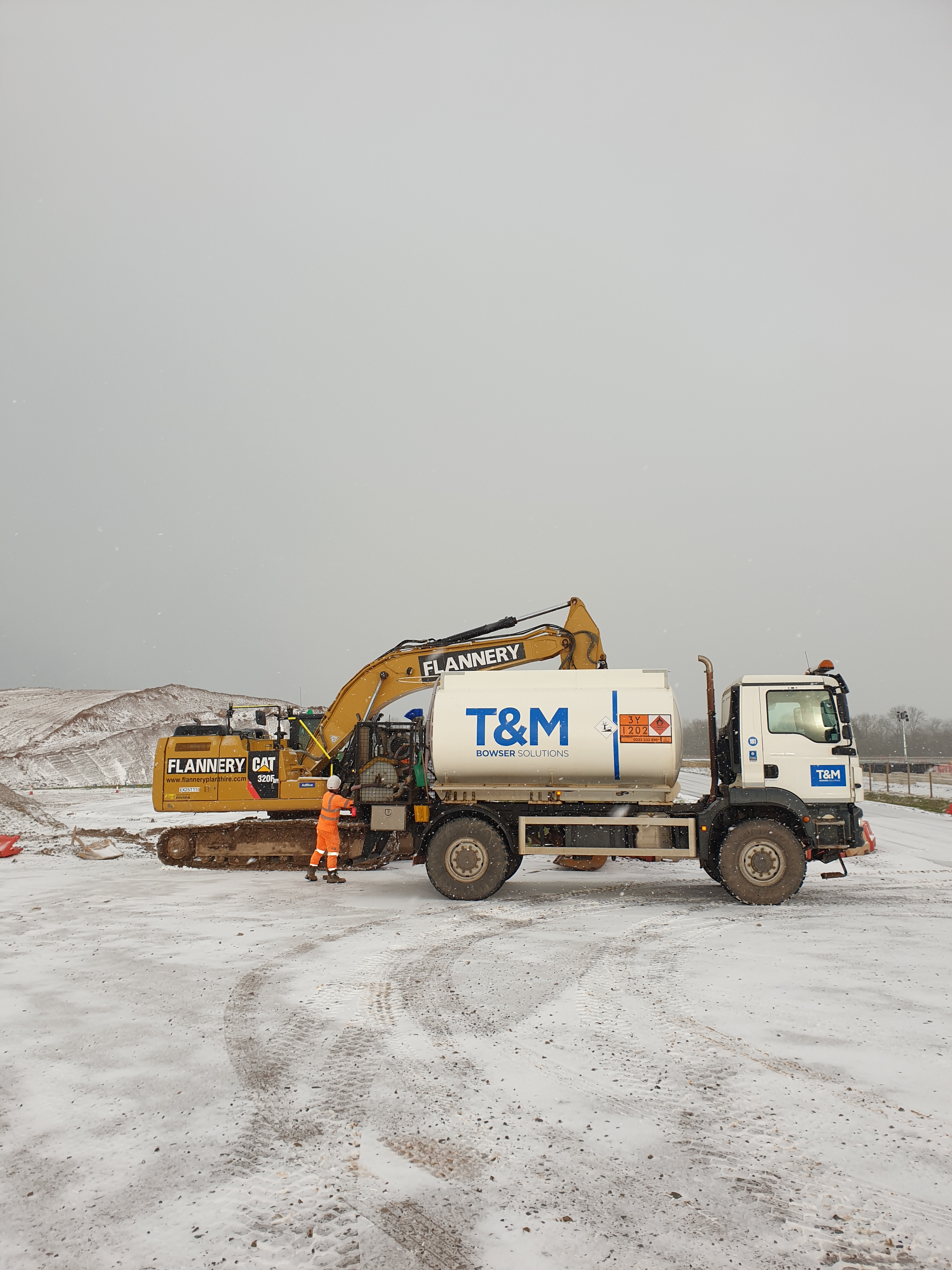 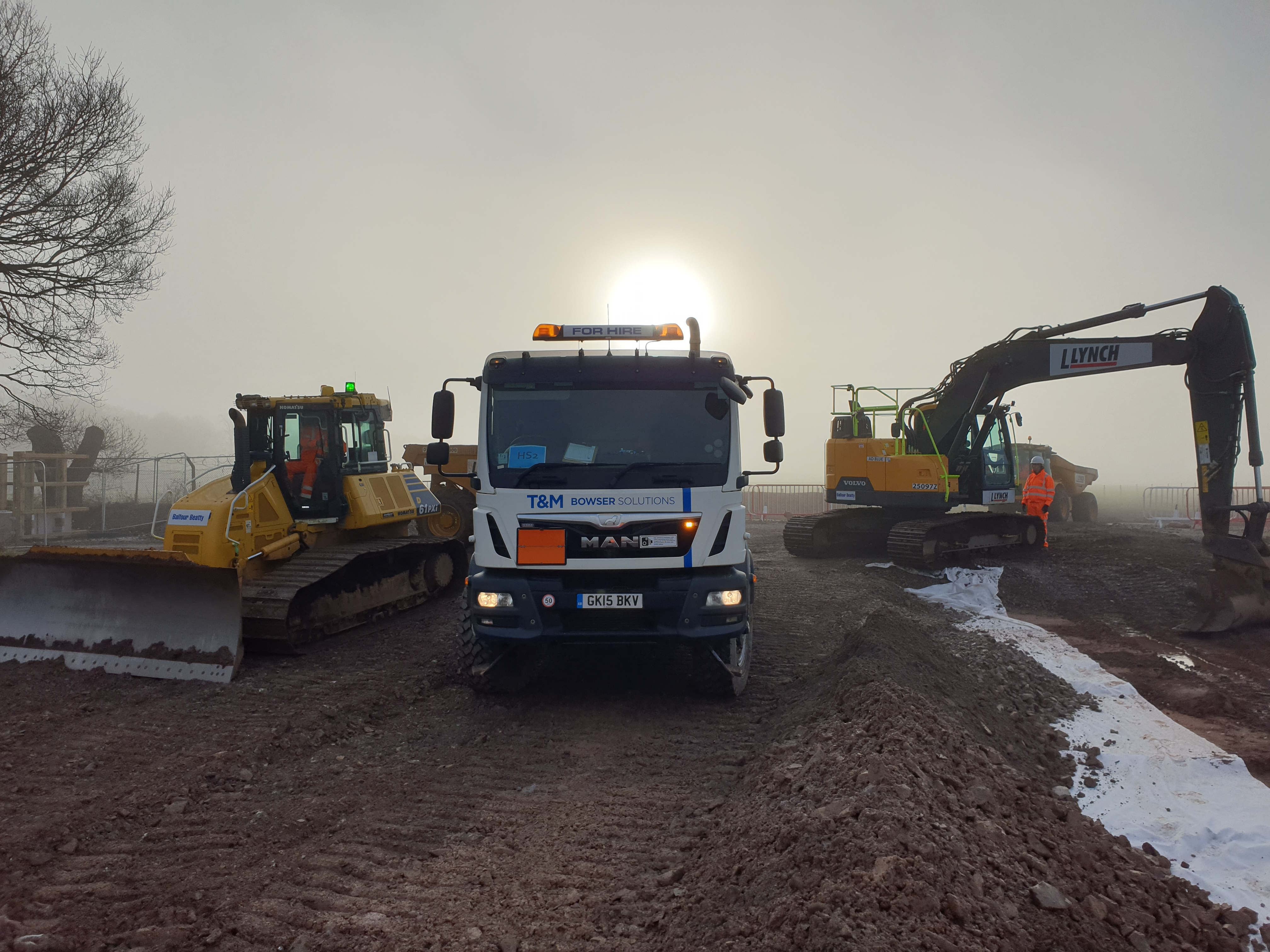 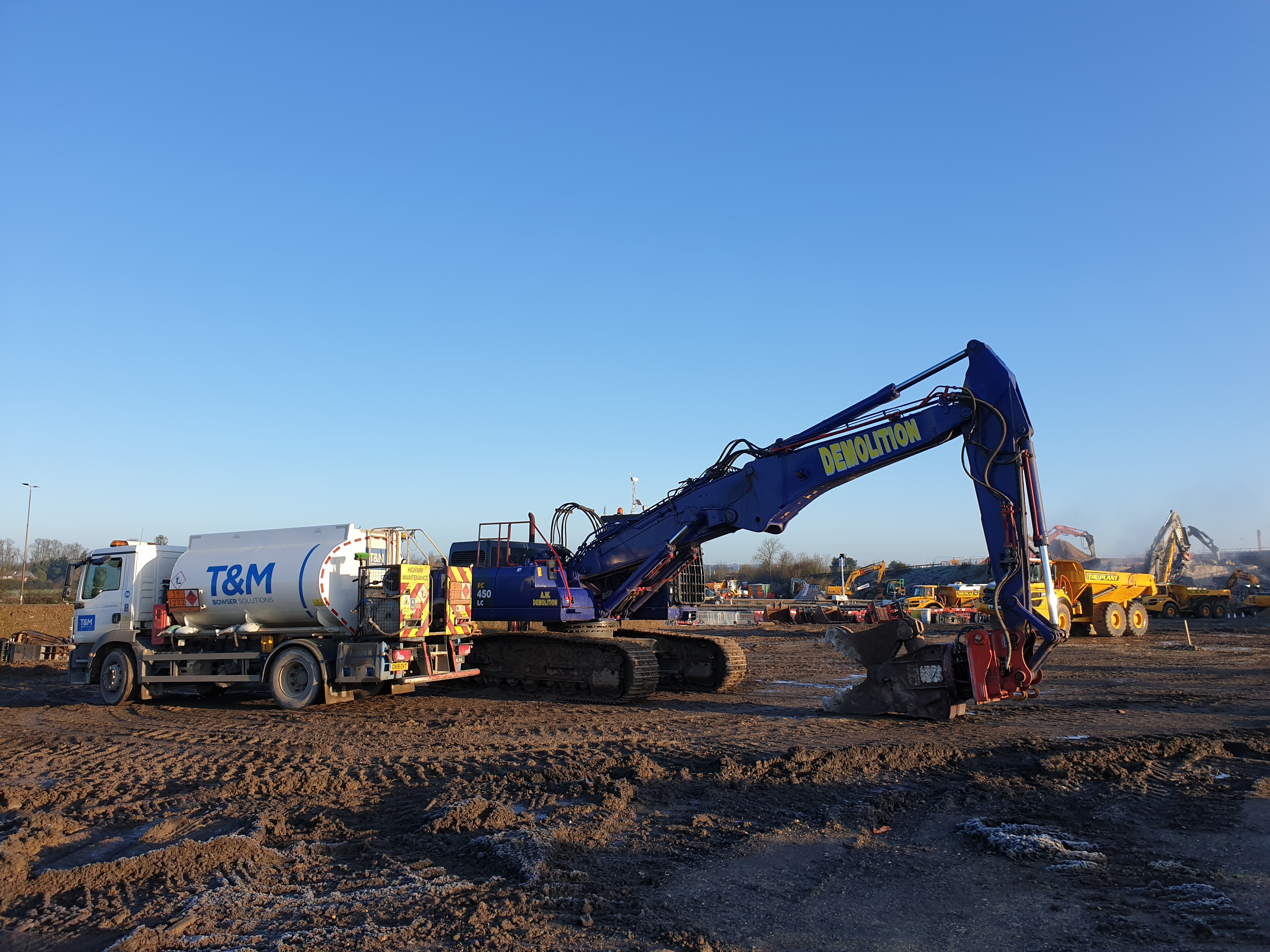 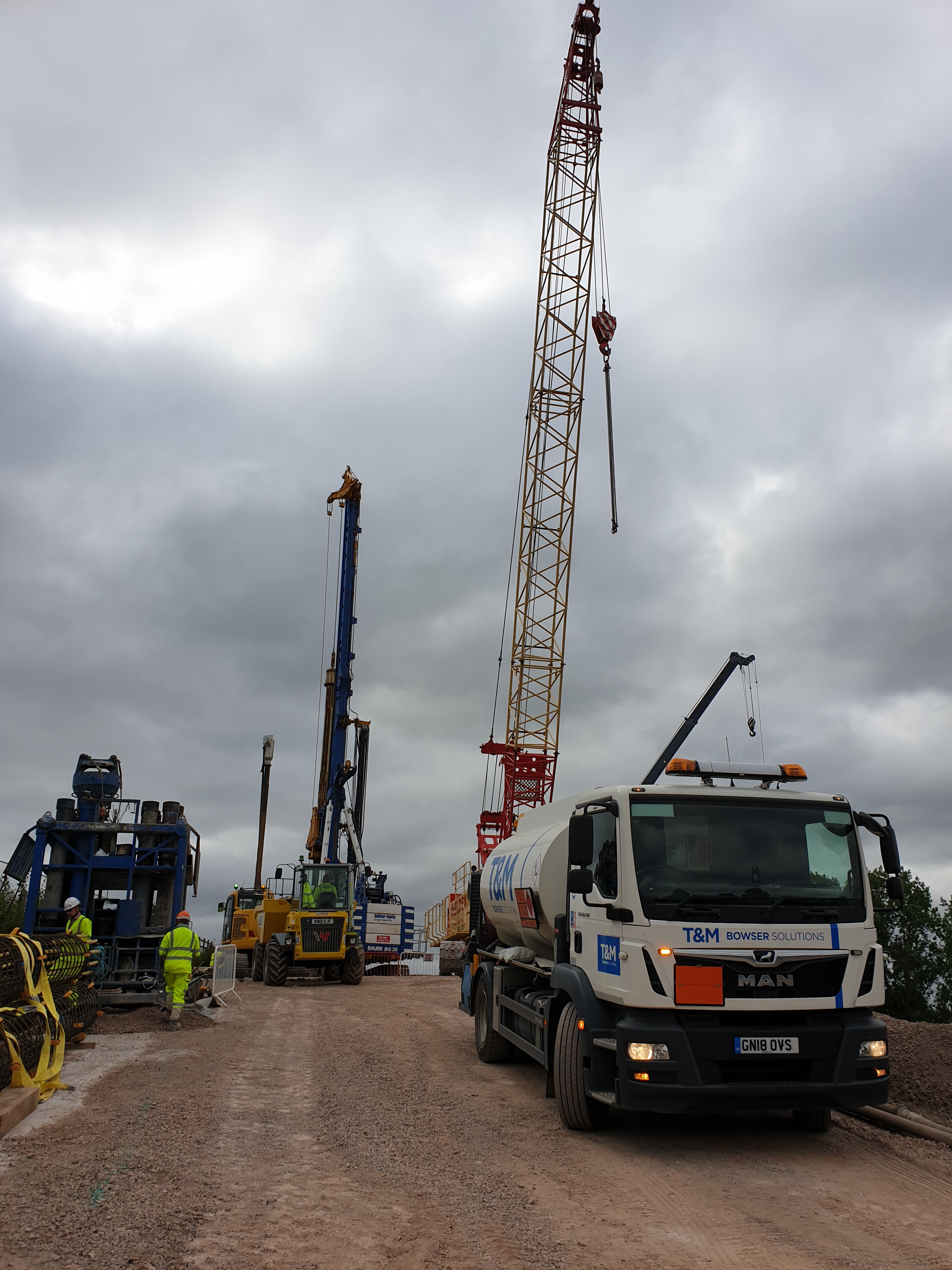