The end user sought a material handling solution for separating frame rails in preparation for its assembly line process. Illinois Electric Works was initially contacted about provision of a gantry, but a permanent monorail was decided upon during further consultation.

Another Illinois company, Handling Systems International (HSI), led the engineering phase of the project, while Electrolift, of New Jersey, designed a 2-ton capacity twin-hook hoist with a rigid (lug) mount to the beam. The final piece of the system was the all-important 353-in.-long beam that holds the magnets that are used to lift the material. Align Production Systems was the integrator that built everything around the system.

Steve Pilione, director of sales at Electrolift, said: “The twin-hook hoist was customized to meet the 10-ft. hook spacing requirement from Caldwell. This was a perfect application for our twin-hook hoist that is designed with two drums on a common shaft, ensuring both hooks raise and lower at the same speed.”

The system picks up 500-in.-long rails that can weigh up to 2,000 lbs. apiece, completing one cycle every 10 to 15 minutes. The rail sizes vary greatly. The crane, monorail, hoist, beam and magnets form an automated material handling solution, integrated into a larger conveyor system. It is controlled through multiple sensors located throughout the device. Beyond the aforementioned lifting equipment, everything was manufactured in-house by the end customer. The entire system was painted the same color (yellow).

Mike Bongner, product manager at Illinois Electric, said: “The system was completely designed from the ground up. It is specific to the one product being manufactured, by size and weight. For the final touch, we made sure that every component was painted the same color. Special paint treatment was called out to pass an outdoor salt spray test.”

The system was assembled and tested onsite at HSI prior to shipment, including a load test. During the approval process, Bongner said that a number of additional options were added to enhance the original design. For example, guide-rails that assist with alignment of the product were added to the conveyor system.

Slack-Cable limit switches were also fitted for similar function. Caldwell allowed Illinois Electric Works to enlarge the upper bale on the beam to provide easier removal from the hoist hooks during maintenance. The end user, meanwhile, added the Eriez magnets to the bottom of the monorail-hoist-beam assembly for grabbing the rail sections. It also attached sensors to the system for detection of rail presence and confirmation of pickup.

Electrolift’s Pilione added: “We used beam clamps that attached to the wide flange beam [provided by HSI]. The beam clamps were bolted to custom pads that were welded to our hoist frame. This made for an easier installation because it eliminated the need for any field modification, such as drilling or welding. The beam clamps will also make any necessary maintenance on the hoist much easier, since it will only need to have the bolts removed to lower the hoist.”

Darrin Noe, director of sales at Caldwell, said: “Actually, the beam was really the easy part. Mike did a good job of contacting us and saying, ‘This is what I need,’ along with all the specs, such as length, bottom hook spacing and twin bail spacing. What Mike supplied us with is what every good dealer does—don’t leave room for questions. And then, of course, he had the job of tying all of this together into one turnkey package for his customer.”

Key dimensions from the final crane data sheet include the 46-ft., 4-in. bridge span; and 14 ft. per minute lifting speed of the hoist. 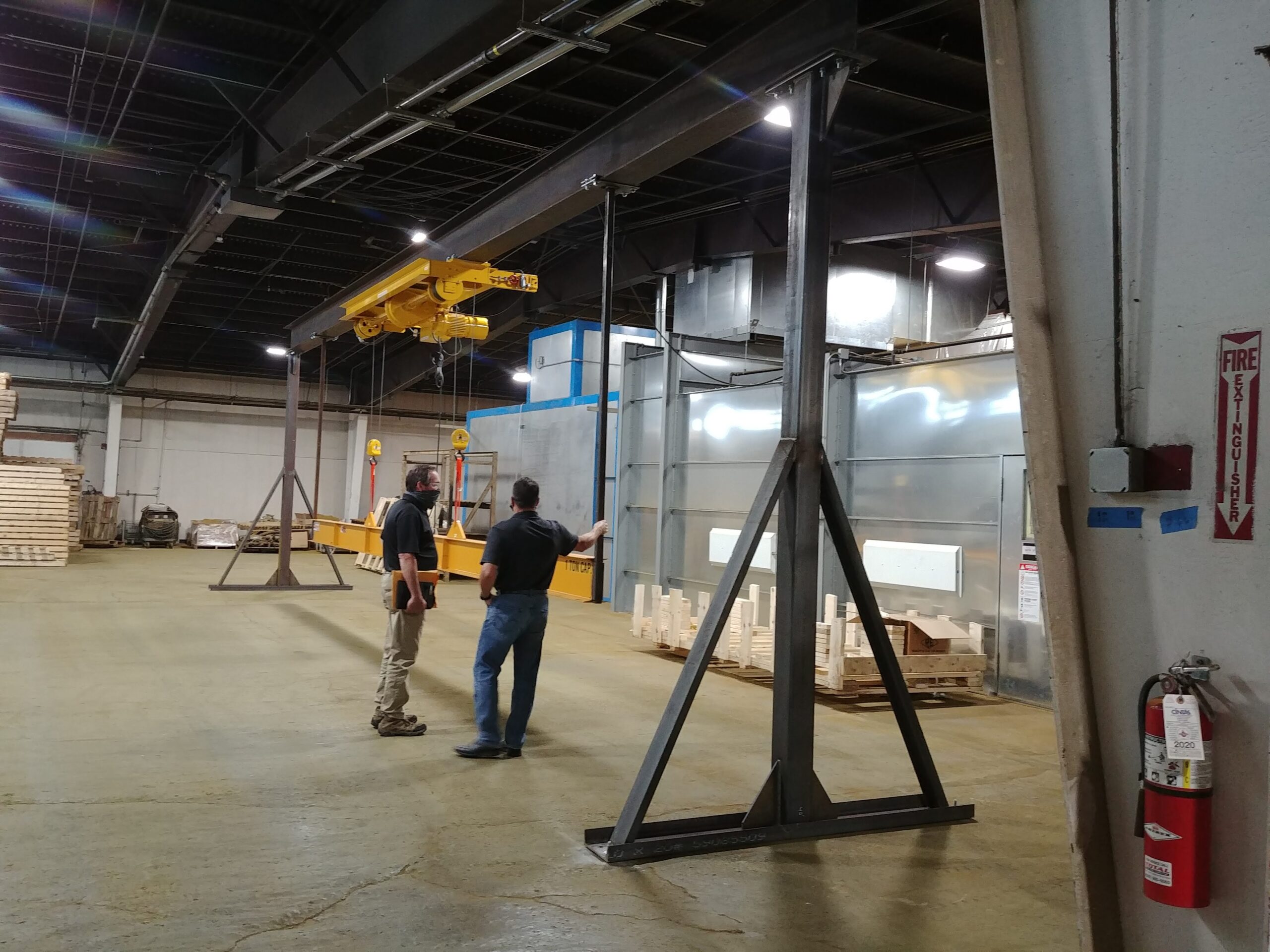 Caption: The system was assembled and tested onsite at HSI prior to shipment, including a load test. 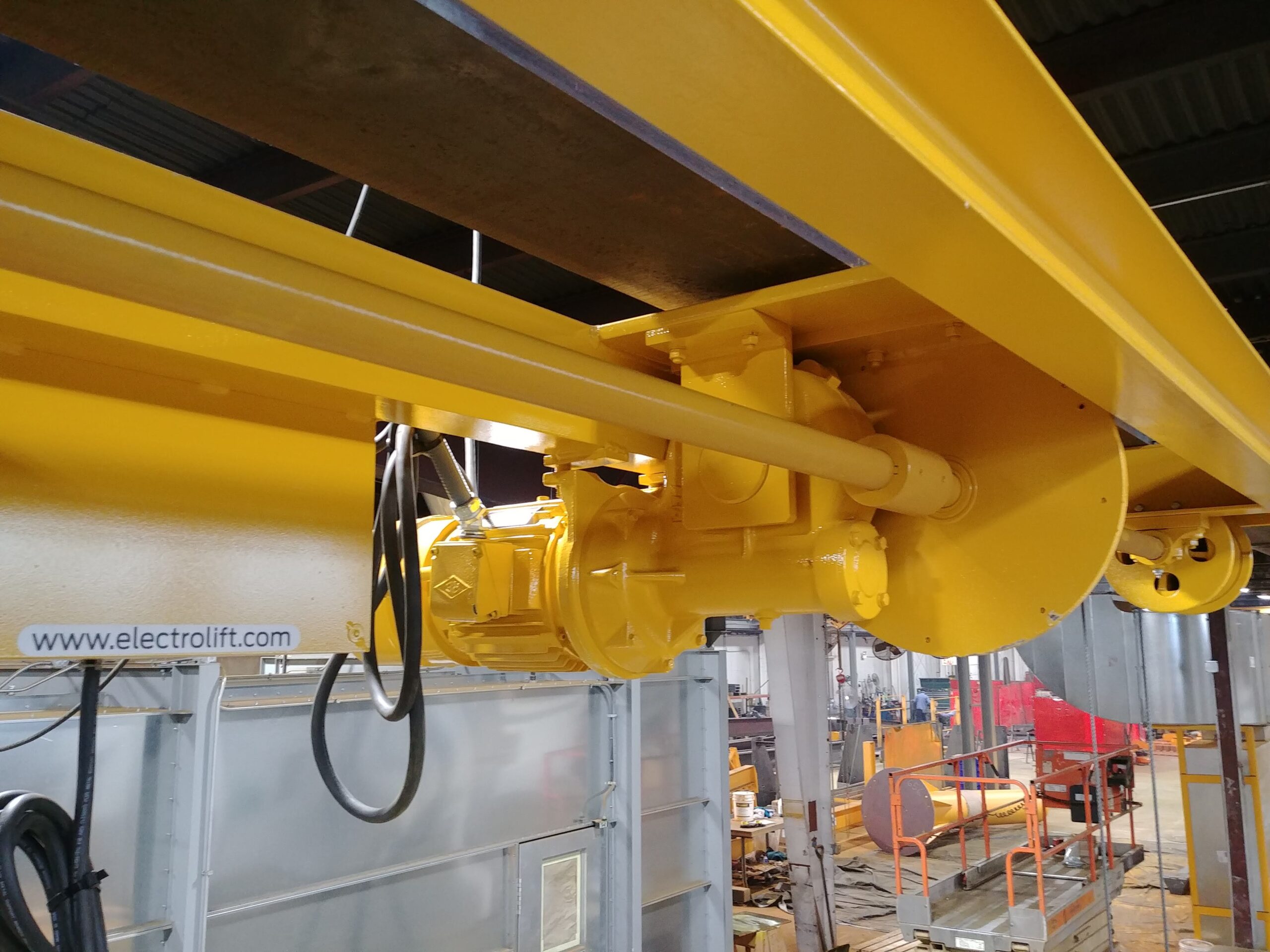 Caption: Electrolift designed a 2-ton capacity twin-hook hoist with a rigid (lug) mount to the beam. 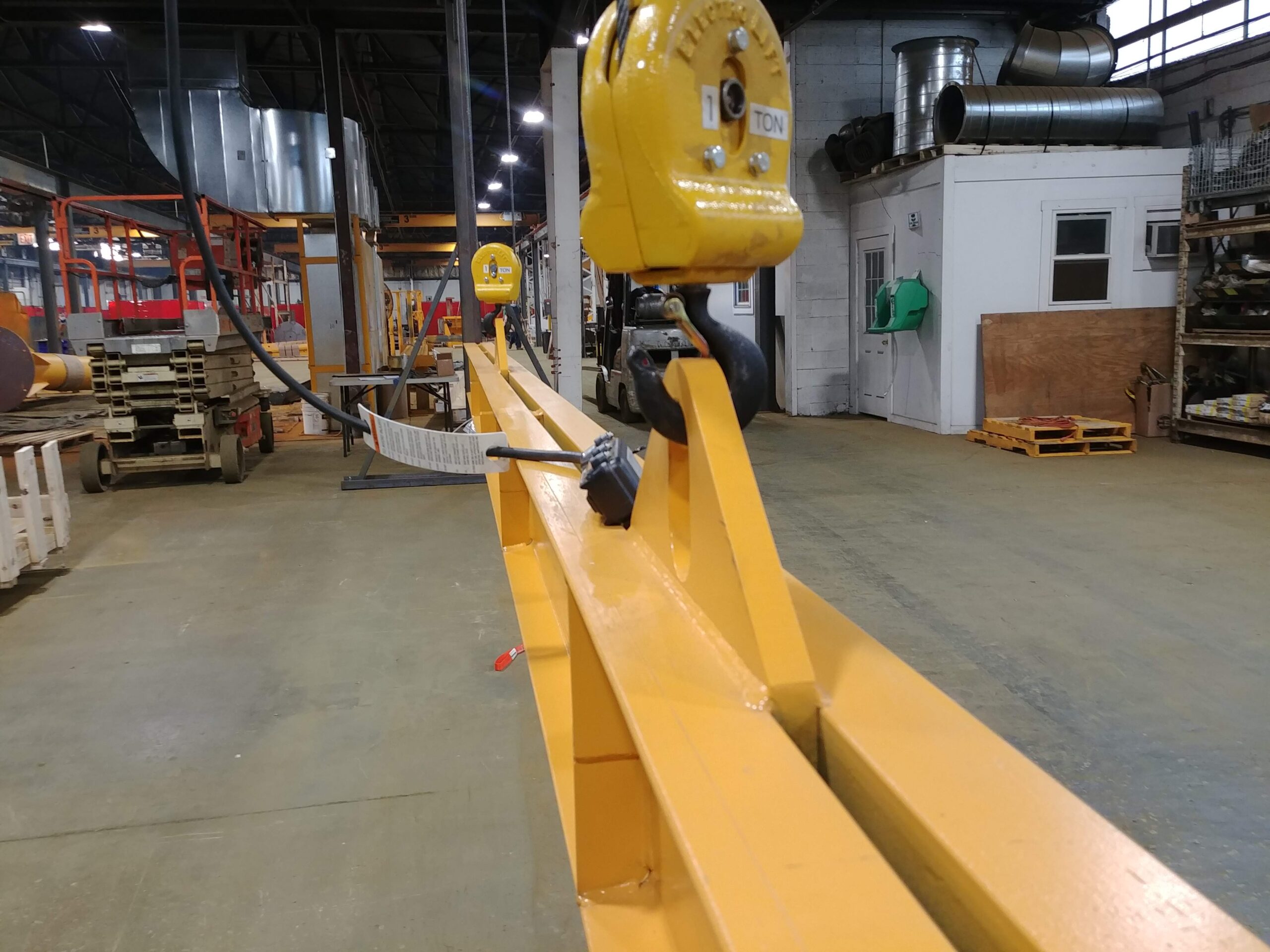 Caption: The centerpiece of the installation was a 1-ton capacity twin-hook Caldwell lifting beam. 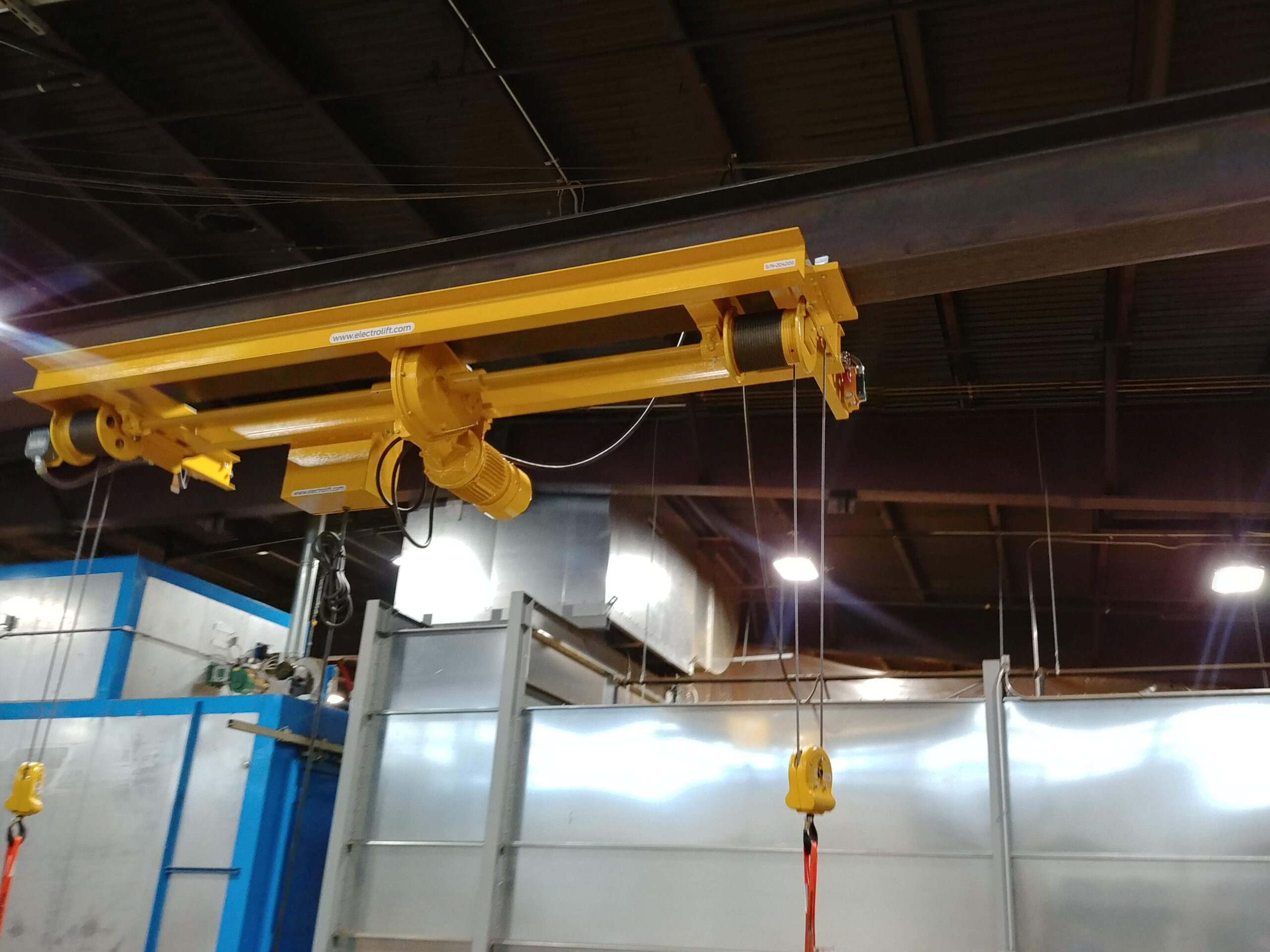 Caption: The system was completely designed from the ground up. 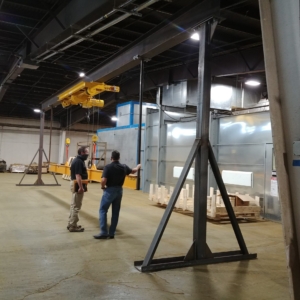 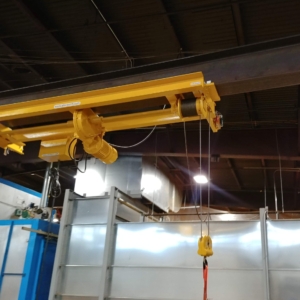 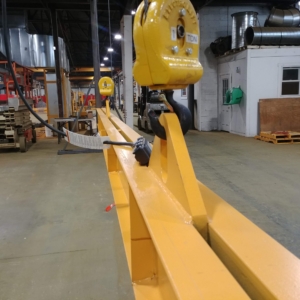 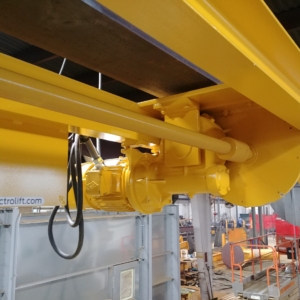