Rockford-based The Caldwell Group Inc. has manufactured a customized lifting device that is being used during assembly of cryomodules at the Fermi National Accelerator Laboratory (Fermilab) in Batavia, in its home state of Illinois, U.S. The project was awarded to Caldwell distributor John Sakash Company Inc., also of Illinois.

The process requires precision assembly apparatus, as Fermilab builds SSR1 cryomodules (sections of modern particle accelerators) for its Proton Improvement Plan-II (PIP-II), an essential upgrade to the Fermilab accelerator complex. The Caldwell system, specified red in color, offers multiple configurations and can be raised and lowered with surgical accuracy by hand-wheel, an operational requirement of the end user.

The centerpiece of the solution, which meets the ASME B30.20 BTH-1 standard, is a 6,000-lb. capacity main beam, while two 1,500-lb. extension beams can be added at either end. All three beams span 371 in. (9,423.4 mm) but it will be adapted to suit various assembly processes. Cryomodules are positioned on a track directly beneath the beam/s and tooling is utilized to accurately position components beneath various lifting points.

Pete Sakash, of John Sakash Company, said: “Fermilab provided very detailed specifications for the lifting device, with the principle challenges for the contractor being low headroom, uneven flooring, and critical stability.Our system provides a ft. or so of adjustability but in use they’re only really going to need to utilize about 6 in. of that.”

Dan Mongan, special application support, new product development specialist at Caldwell, said: “The project is notable for the accuracy of assembly that we had to accommodate. Fermilab is a facility at the sharpest point of scientific investigation. Using threaded rods, the hand-wheel can position the beams to millimeter accuracy. Only the columns remain rigid as the system provides Sakash’s customer with every possible lifting point cryomodule assembly will require.”

American Rigging & Millwright Services accepted a scope of work to collect the lifting system from Caldwell and complete installation onsite. Previously, Scott Anderson, its chief operating officer, led a site visit to shoot elevations of the floor compared to the elevation of the floor-mounted track system. Cream City Scale, also of Illinois, was then tasked with completing load tests utilizing test brackets, slings, and test weights. The process involved turning the hand-wheel to raise all weights off of supports to maximum height, holding them for two minutes, before lowering them down again. Two sizes of test weight—1,000-lb. and 500-lb.—were used to complete three testing procedures.

PIP-II will provide powerful, high-intensity proton beams to the laboratory’s experiments. PIP-II will enable the world’s most intense neutrino beam and help scientists search for rare particle physics processes. These investigations will require intense beams of protons, which will produce gushers of other neutrinos that scientists can then study in greater detail.

At the heart of the PIP-II accelerator is a technology that provides for a highly efficient way to accelerate particle beams. Superconducting radio-frequency (SRF) cavities make it possible to accelerate intense proton beams to higher energies in relatively short distances. A string comprising several of these cavities nestles in a cryomodule, which bathes them in liquid helium and keeps them at the ultra-cold temperature that is key to their operation and efficiency.

Sakash added: “Physics has always been something of a guilty pleasure of mine so to get an opportunity to help [Fermilab] with this fascinating project was a huge honor. We are proud to be associated with the laboratory and have enjoyed productive conversations recently about providing additional equipment for upcoming material handling challenges.” 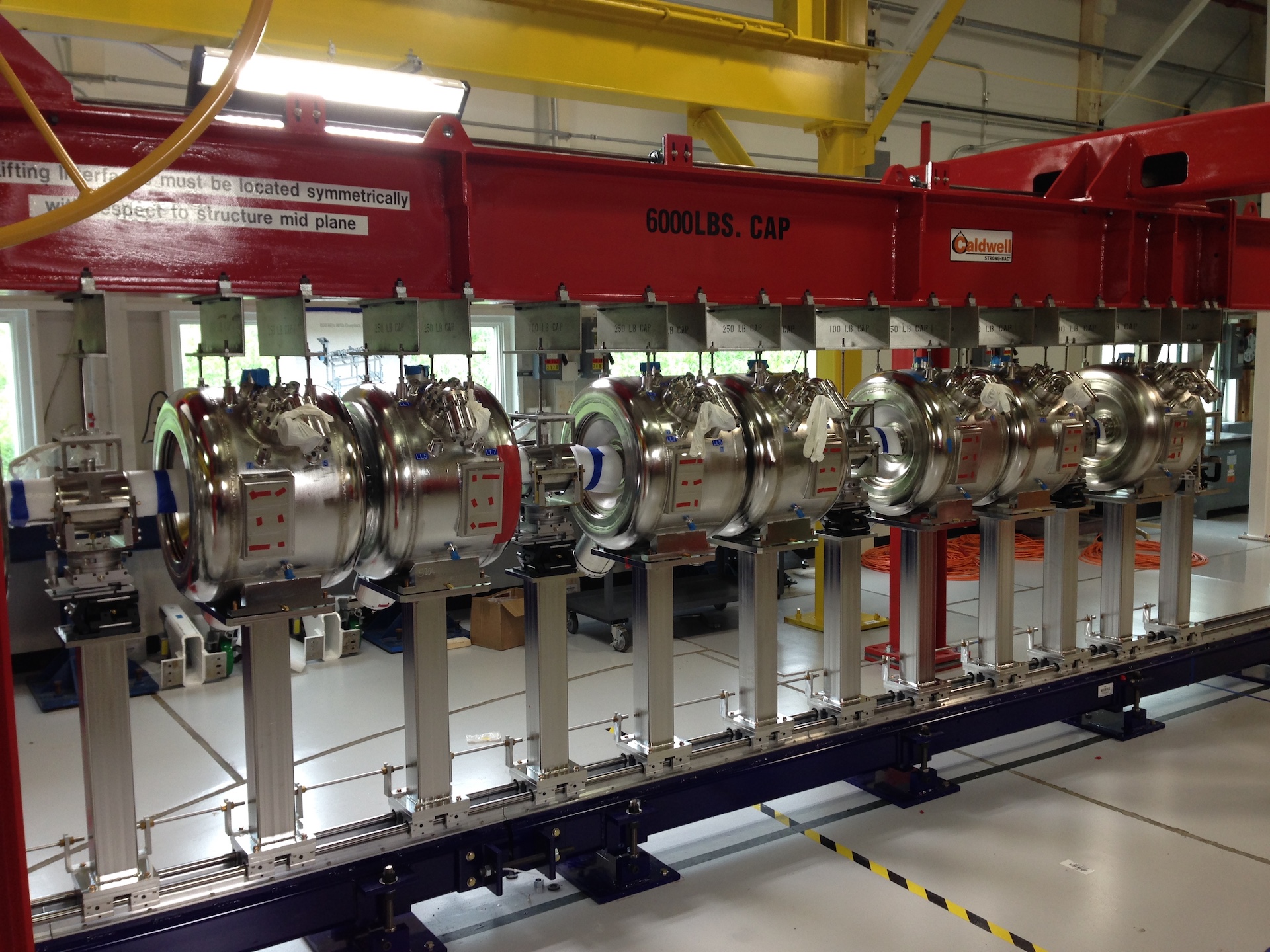 Caption: The centerpiece of the device is a 6,000-lb. capacity main beam. 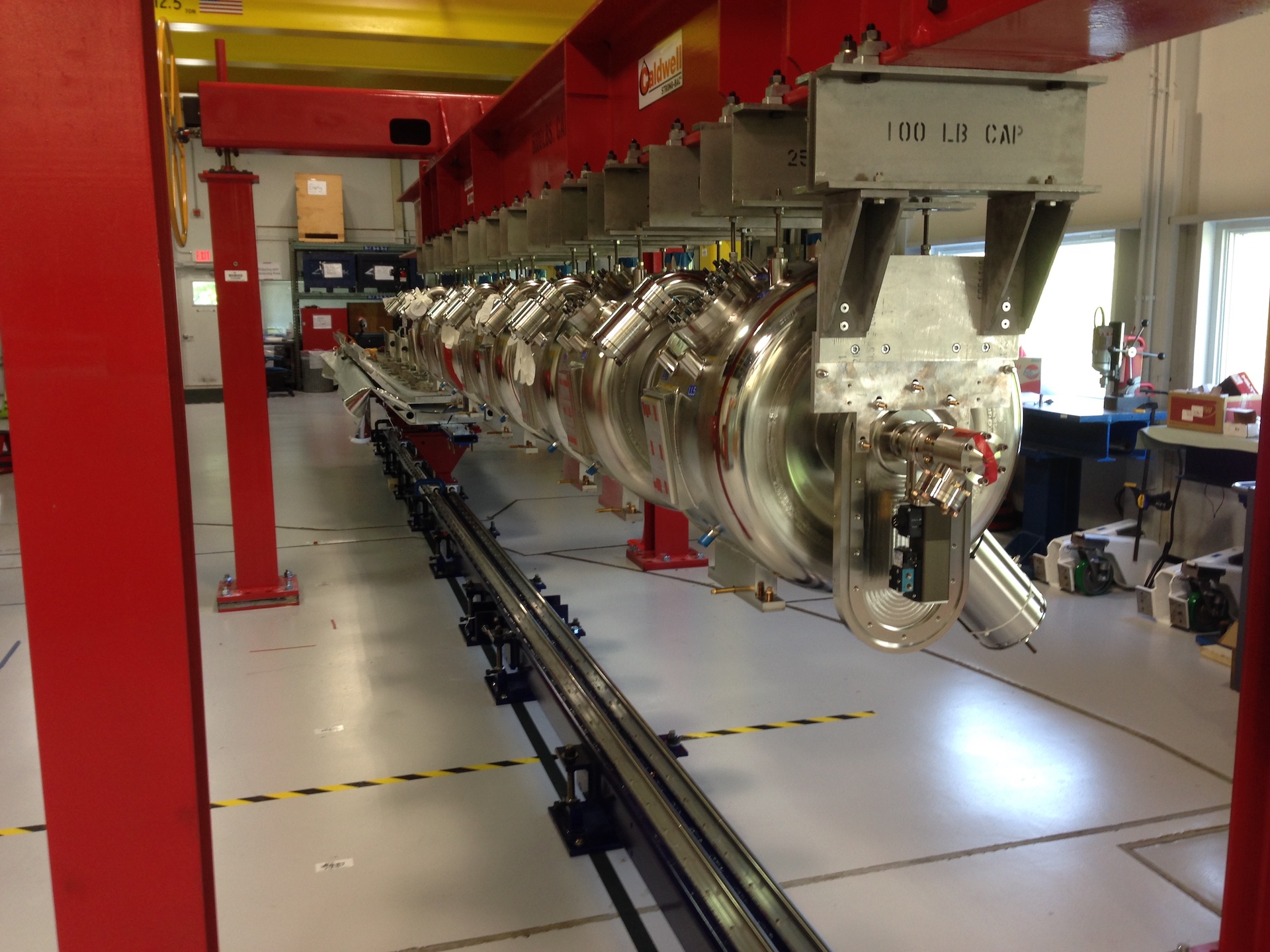 Caption: Cryomodules are positioned on a track directly beneath the beam/s and tooling is utilized to accurately position components beneath various lifting points. 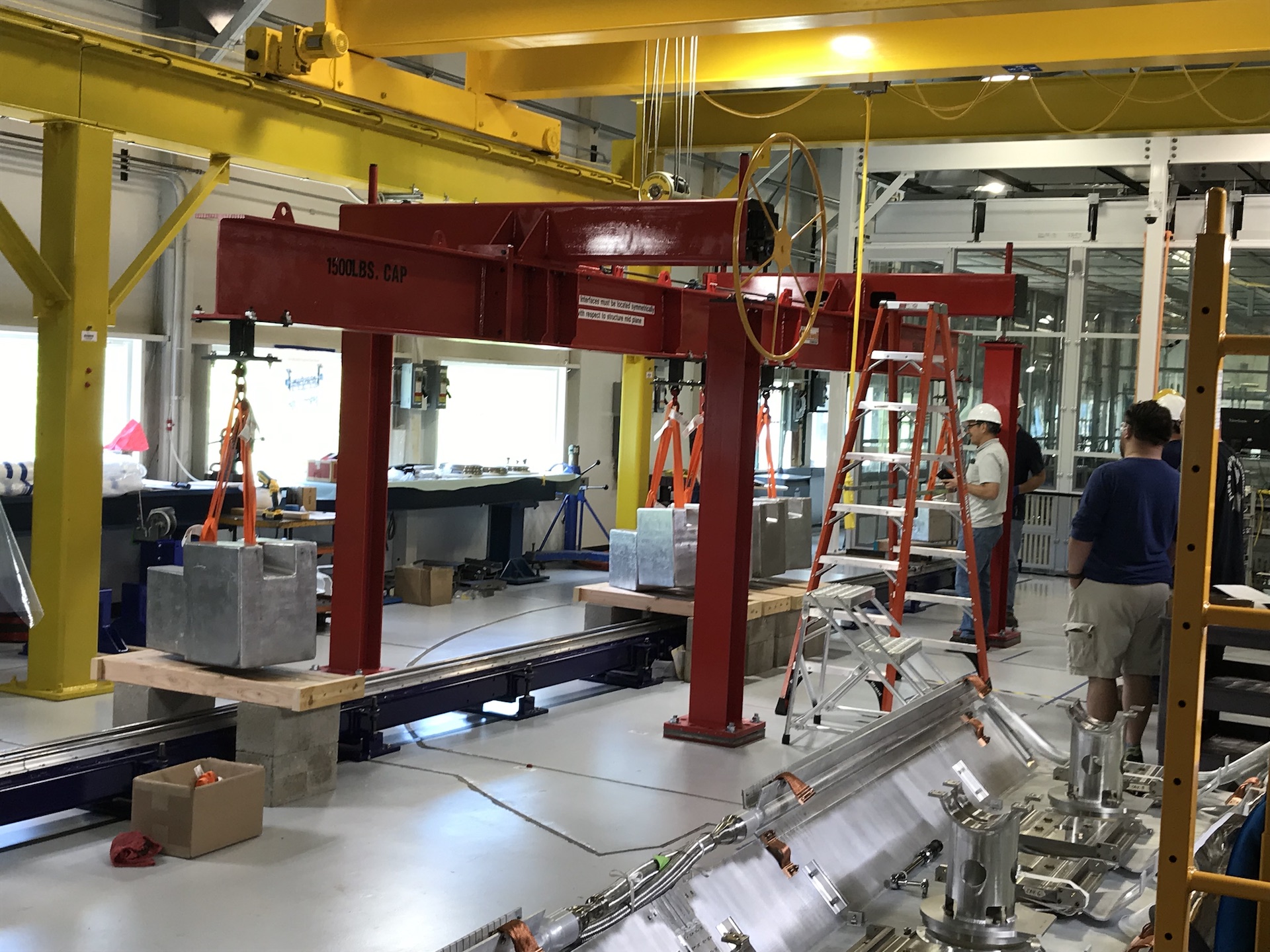 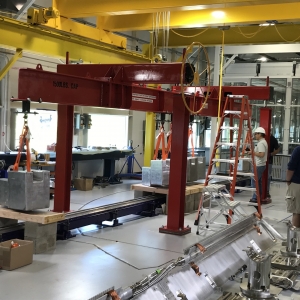 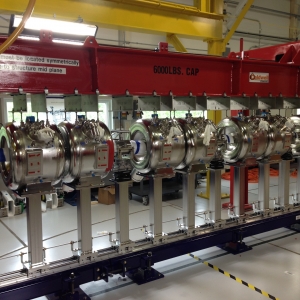