The Caldwell Group Inc. has customized a 2.500-lb capacity transport cradle for Intuitive Machines’ lunar lander, Nova-C, that will land on the Moon later this year.

“Nova-C is Intuitive Machines’ opportunity to return the United States to the surface of the Moon for the first time since Apollo 17 in 1972,” said Intuitive Machines Assembly and Integration Lead, Greg Vajdos. “The Caldwell stand is an essential piece to accomplishing our mission and we’re confident that Nova-C will be safely transported to KSC for launch.”

The short base will be utilized when the lander is in an upright position – on wheels – and combined with the long base for movement and shipment in a horizontal position. An overhead crane and fork truck will likely combine for upending procedures at Intuitive Machines, while the cradle will also support it during transportation to KSC. There, two overhead cranes will work in tandem for all up and down-ending maneuvers.

“This is one of the most exciting projects Patrick Eytalis and I have worked on,” said Caldwell New Product Development Specialist Dan Mongan. “To be involved in such an iconic space program has been an engineering challenge and career highlight. Intuitive Machines gave us the ability to work with all stakeholders to bring the stand and transporter system to fruition. It’s a testament to everyone’s commitment to the end goal over countless hours of consultations and multiple design phases.”

The frame was delivered by Caldwell distributor Kennedy Wire Rope & Sling Company Inc., a full-service rigging shop with manufacturing locations in Corpus Christi, San Antonio, and Houston, Texas. Intuitive structural engineers analyzed the entire system at the first lateral mode for bending at 15Hz. Caldwell designed a 4:1 safety factor using twice its capacity in all directions and configurations and meets The American Society of Mechanical Engineers (ASME) B30.20 BTH-2 Category B, Service Class 0.

“One of the most innovative parts of the system is the multiple configurations,” said Mongan. “It’s used to move the lander when it’s vertical by towing and pushing by hand, it plays a pivotal role in up and down-ending before and after transportation operations in the horizontal position, and other handling capabilities demonstrated in multiple configurations that add agility to Intuitive Machines’ operations.”

About Below the Hook

The solution features a standard Caldwell lifting beam with swivel hooks, enabling a dual crane connection for moving the lander. This 96 in.-long beam is connected to the stand-by slings at a slight 86-degree angle from the beam. Kennedy, which provides an abundance of lifting gear to aerospace and other markets, took the lead on providing high-performance fiber rope slings to Intuitive, which will be used to lift the handling system in combination with various lifting technologies, depending on the location.

Brooks Nunley, sales manager at Kennedy, said: “It was a pleasure to work with the technical team at Caldwell to see the cradle that will eventually hold, transport, and upend such a complex piece of equipment, come to fruition. Their engineering support was paramount to the success of this unique project.”

He added: “In three-way conversations with Caldwell, Kennedy, and Intuitive, we suggested the use of Plasma HMPE [high modulus polyethylene] fiber rope slings, which offer a size-for-size strength that is equal to steel wire rope—yet only one seventh of the weight. The weight savings without the sacrifice to strength makes Kennedy’s high-performance sling product line ideal for the aerospace industry.” 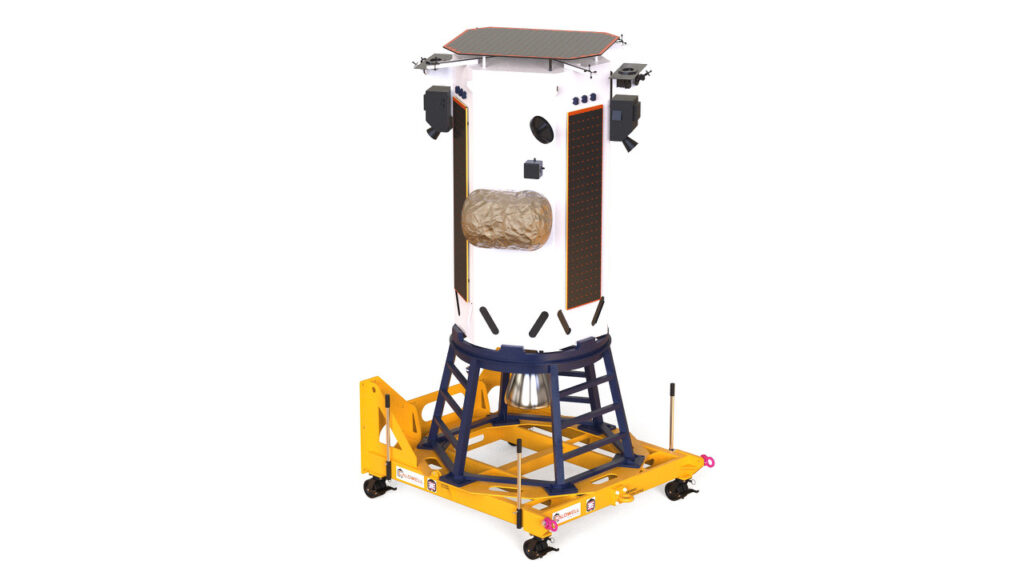 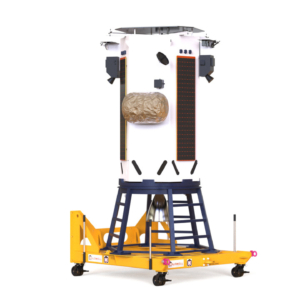 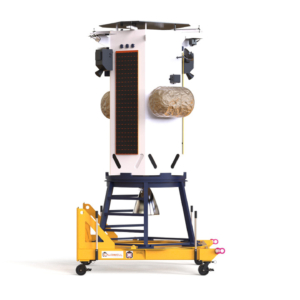 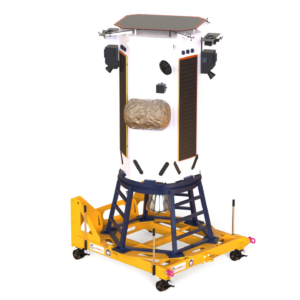 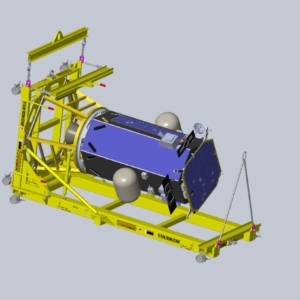 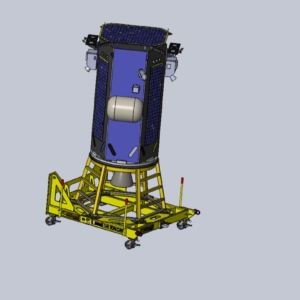 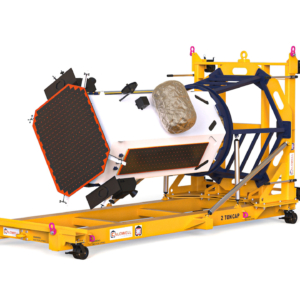 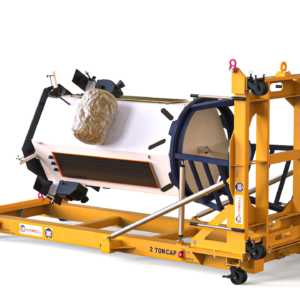 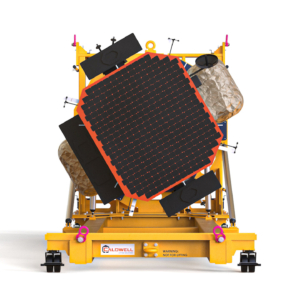