Rockford, Illinois, U.S.-based The Caldwell Group Inc. has launched a custom lifting beam for applications where a crane cannot be positioned over a load due to limited travel or obstructions. The manufacturer’s auto-leveler technology is a standout feature.

Caldwell was initially approached by an automotive manufacturer that had a requirement to lift a load during periodic maintenance that couldn’t be reached by its overhead crane. However, subsequent inquiries indicated that there was a wider necessity for the concept, which was reinforced by feedback from a digital Associated Wire Rope Fabricators (AWRF) audience earlier this year.

Dan Mongan, senior sales engineer at Caldwell, said: “Originally we were unsure as to the extent to which such a product would be required but there are actually a multitude of applications, such as lifting components during equipment maintenance; placing a load, say, onto the third floor of a building in a construction environment; or lifting a partial width roll of material where a monorail crane is centered for full rolls. We anticipate finding other uses for the beam once word spreads.”

Integral to the overhang lifting beam is a counterweight system that can move or be held in a fixed position; movement is powered or manual. A powered trolley should be specified if several lifts per day are made, the lifter cannot be rested on the floor during adjustment, or the adjustment must be made quickly. The manual trolley is a cost effective option if the lifter can rest on the floor, there is adequate time to make the adjustment, and lifts are occasional.

Each system is manufactured for a specific application; the largest to date has been 10,000 lbs. capacity. Customers can request the popular auto-leveler feature, taken from Caldwell’s Posi-Turner, which is designed to rotate bulky and hard to handle objects during manufacture or assembly processes.

Mongan said: “In the simplest example, if you have 100 lbs. of weight 4ft. to the left, you need 100 lbs. of counterweight 4ft. to the right to balance the load. We can provide a beam where the operator has to achieve that balance, or the more favorable [patent-pending] auto-leveler version, which senses when a load is out of level, informs the control system and energizes the motor to move the trolley. With this option, the operator can focus on operation of the crane. Of course, the auto-leveler can be turned off if preferred for a particular usage.”

Caldwell provides customers with a detailed application form with blanks that can be filled in to create the product specifications. Important details include the maximum and minimum weight; the length of the overhang or how far away the load is from the center of the crane hook; the environment; and the duty cycle. 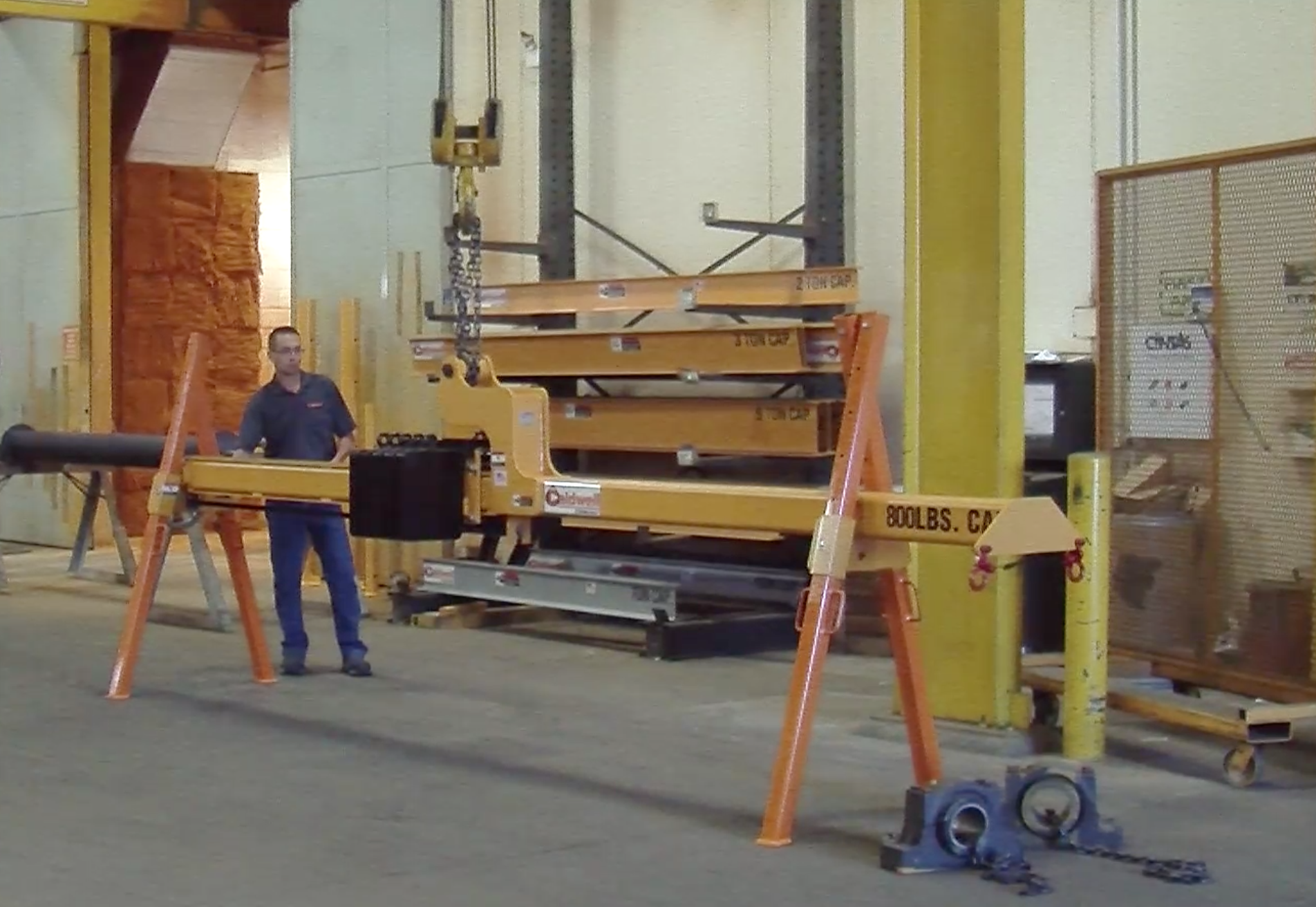 Caption: The custom lifting beam is for applications where a crane cannot be positioned over a load due to limited travel or obstructions. 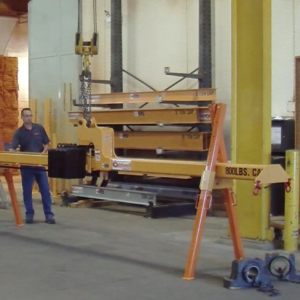