CP&A—the company offers a wide variety of services, including procurement, specification, modification, and accident investigation—accepted a scope of work to deliver a structural review and design assistance from China’s Dalian Huarui Heavy Industry Group Co. Ltd. (DHHI). CP&A was challenged with finding a solution for increasing the strength of certain design elements.

DHHI recently completed manufacture; each crane boom, which sit side-by-side at the front of the vessel, can lift 1,750 tonnes. They measure over 128m—longer than a football pitch—and will be used both singularly and in pairs. The height of the crane mast, meanwhile, reaches 40.5m.

These mammoth dimensions allow DHHI’s crane to handle cargo as large as 32m-high, with a 50m by 50m footprint, over water or on land. Similar cranes, which will typically have a captain and a crane operator, have been used to erect dockside or quayside cranes and bridges, and in offshore applications, such as wind farms or oil rigs.

CP&A analyzed the crane and reported the reaction forces at the crane boom pin connections so that a foundation could be properly designed. Similarly, it reported the reactions of the mast ends attached to the barge deck under various load cases, extracting information for ship designers, so they could design for the required strength. There were a lot of different load combinations and scenarios that needed to be considered, such as different boom angles, wind, wave motions, etc. The lattice boom required many connection checks.

Richard Phillips, mechanical engineer at CP&A, said: “The analysis was rather complex; we had to use a special pipe-to-pipe connection post-processor that we created in-house.”

CP&A’s stress program takes the forces from the finite element analysis and automatically checks stresses of each member based on the specified design code. CP&A’s connection program takes the forces from the stress calculation results checks stresses of every pipe end connections according to the structural welding code AWS D1.1 for every single load combination.

Project execution required collaboration between Chinese and Pacific Time zones, with Mike Zhang, the chief mechanical engineer at CP&A, able to communicate in fluent mandarin where necessary. Phillips said that Zhang was the lead engineer on the project, which was especially useful when certain norms, guidance, metrics, and phraseology were used in dialog. In fact, CP&A frequently works with Chinese companies.

Caption: Each crane boom, which sit side-by-side at the front of the vessel, can lift 1,750 tonnes. 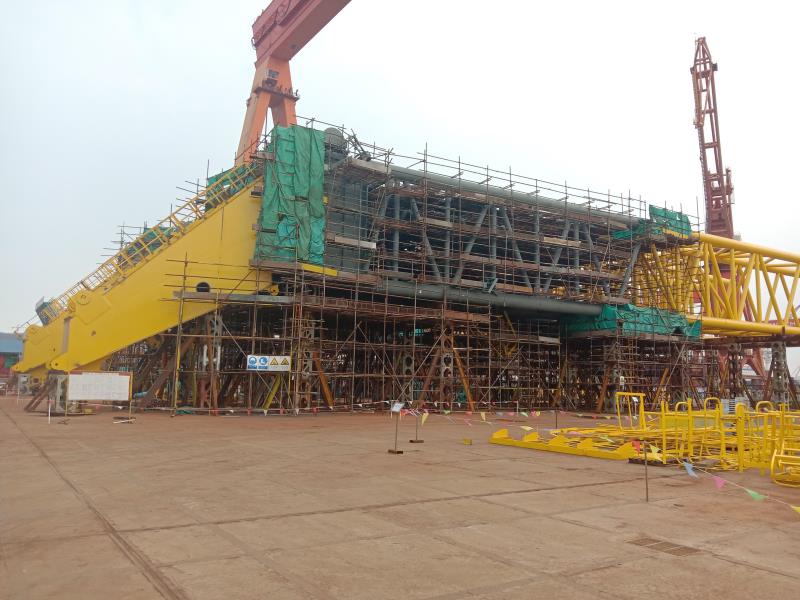 Caption: The boom tip under construction. 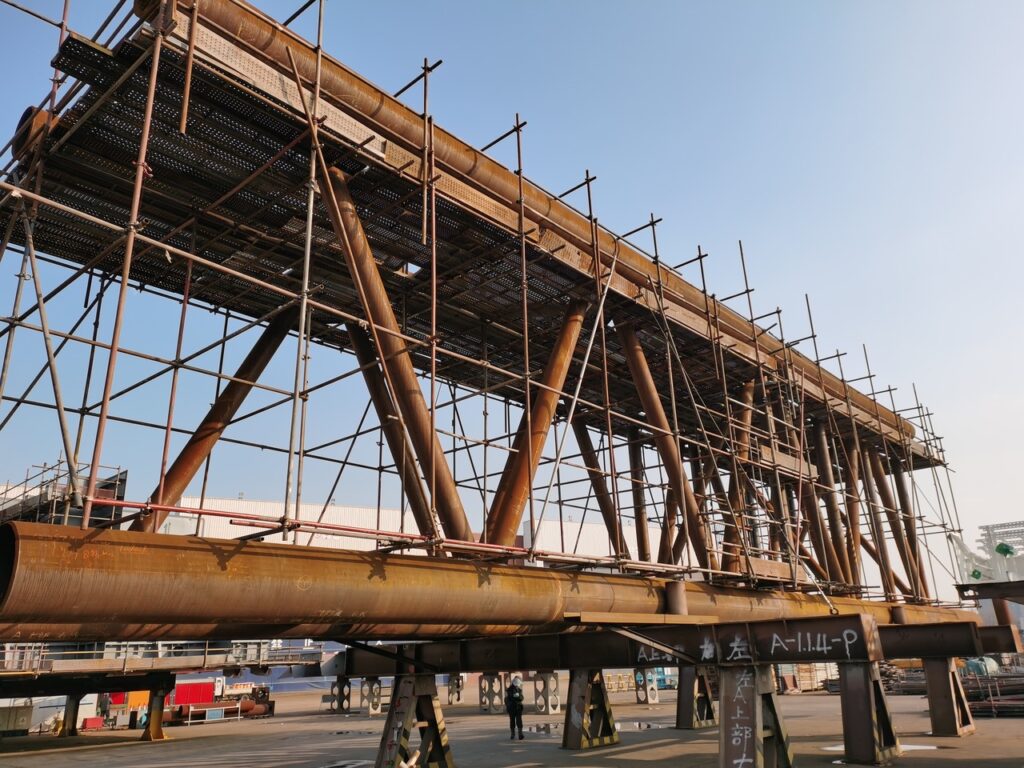 Caption: A truss section under construction. 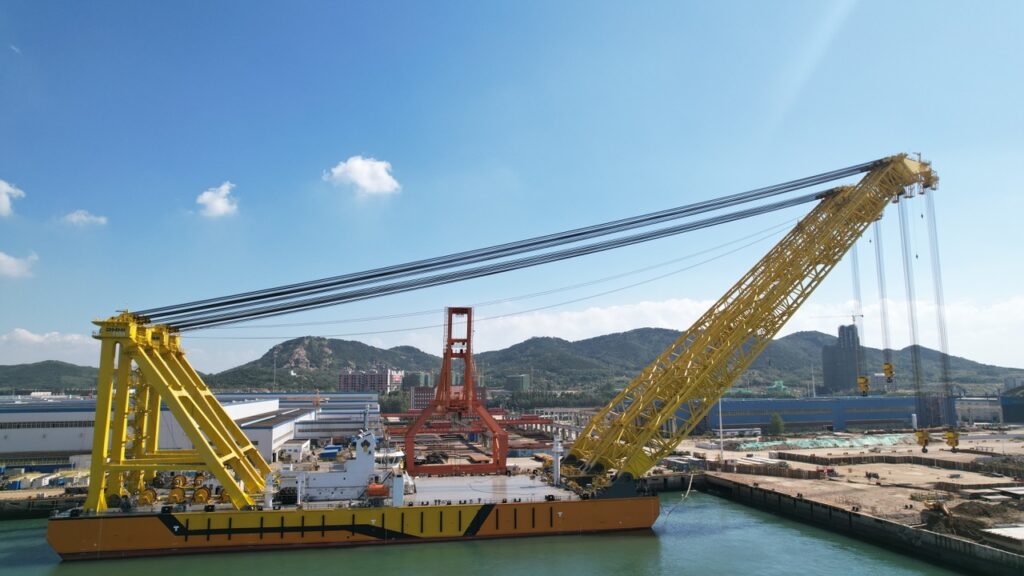 Caption: The booms measure over 128m—longer than a football pitch.

Caption: The booms will be used both singularly and in pairs.

Caption: Mammoth dimensions allow DHHI’s crane to handle cargo as large as 32m-high with a 50m by 50m footprint, over water or on land. 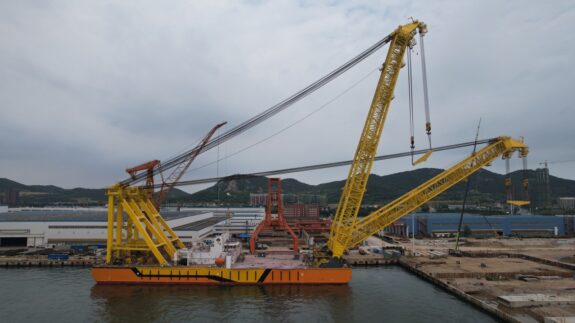 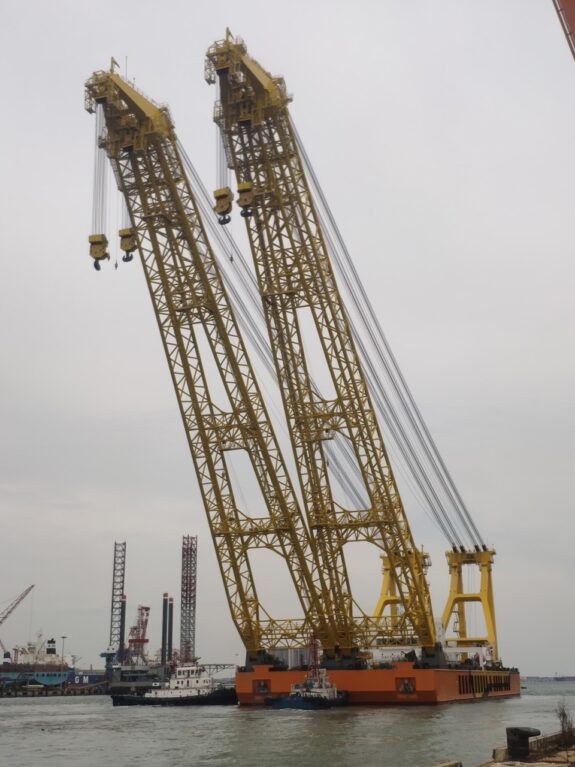 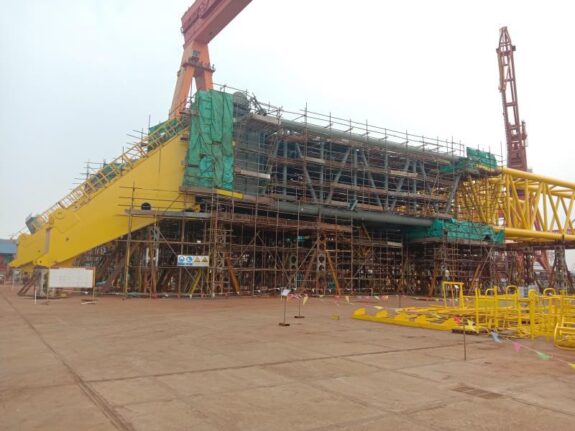 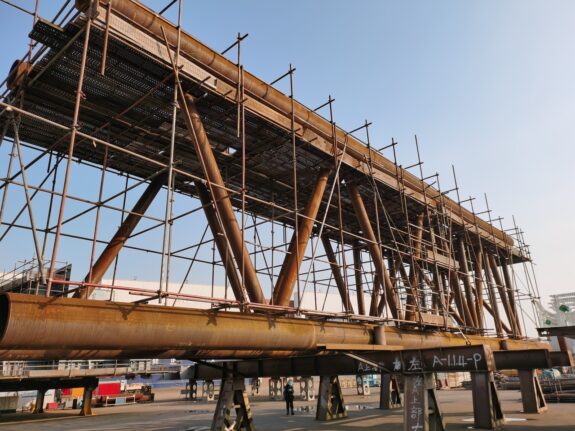