Casper, Phillips & Associates Inc. (CPA) has designed a custom interlock system for two 10-ton capacity bridge cranes at a facility where composite aircraft parts are made.

CPA was contracted by a large commercial airplane manufacturer to design a system to allow parts to be carried between bridge cranes and workstations. The bridge cranes pick up the parts from a workstation and takes them to the next workstation on the assembly line. The automated manufacturing process was for a new-build facility, but a requirement for a system to prevent trolleys driving off an improperly positioned bridge was only realized during the design process.

The single-girder Demag bridge cranes, which span 124 ft., are equipped with special purpose trolleys that tow airplane parts. There is no hoist—just a powered drive trolley that tows a linked set of idler trolleys. A bridge crane pulls up to a workstation, locks in place, and the trolley travels off the bridge and onto the workstation. From there the parts are positioned in place for the next stage of manufacturing. The parts are then picked up and moved across the interlock to the bridge crane which takes the parts to the next workstation.

Richard Phillips, mechanical engineer at CPA, said: “The project was already underway before the end user got us involved. The crane and the workstations were being designed and manufactured by several different companies, but there wasn’t an off-the-shelf solution for the interlocks. For reasons unknown to us, it was not in the scope of work for the design teams already on the job and none of the other teams wanted to design a custom interlock system. Once our design was completed, the end user partnered with a local machine shop to build it. This is what we call a design-bid-build project structure.”

Importantly, CPA—the company offers a wide variety of services, including procurement, specification, design, manufacturing review, modification, and accident investigation—designed a system whereby electrical power did not need to be supplied at each workstation. Phillips explained that this simplified the process because there was already electrical power available on the bridge but not at the workstations, so an alternative solution would have required a design change. This might have involved running conduit and building an electrical panel to power electrical components. In other similar cases, power has been available to both sides of the interlocks.

The CPA system prevents the trolley from traveling off the bridge or workstation if they are not interlocked and it transfers load between bridges to maintain the rail elevation across the joint. Interlocks are common on cranes, but this was a highly-customized build and, as such, design through commissioning spanned a full year.

What is an interlock system? 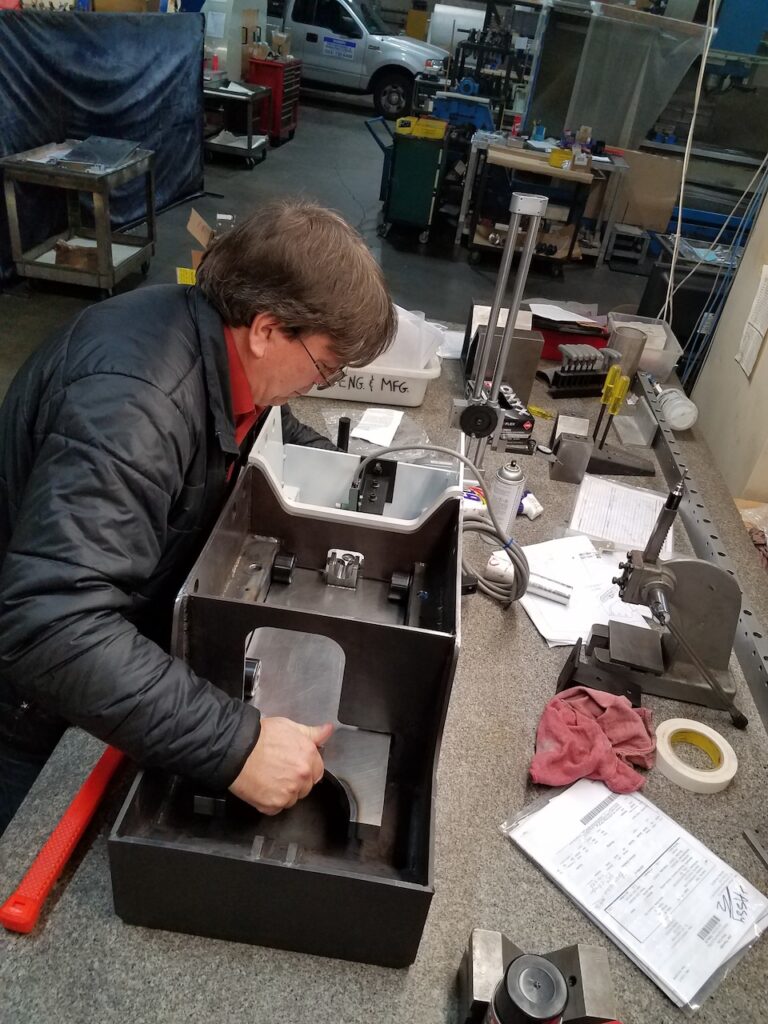 Caption: This was the first assembly of the interlocks. Here, the parts are being moved manually to test and inspect the assembly. 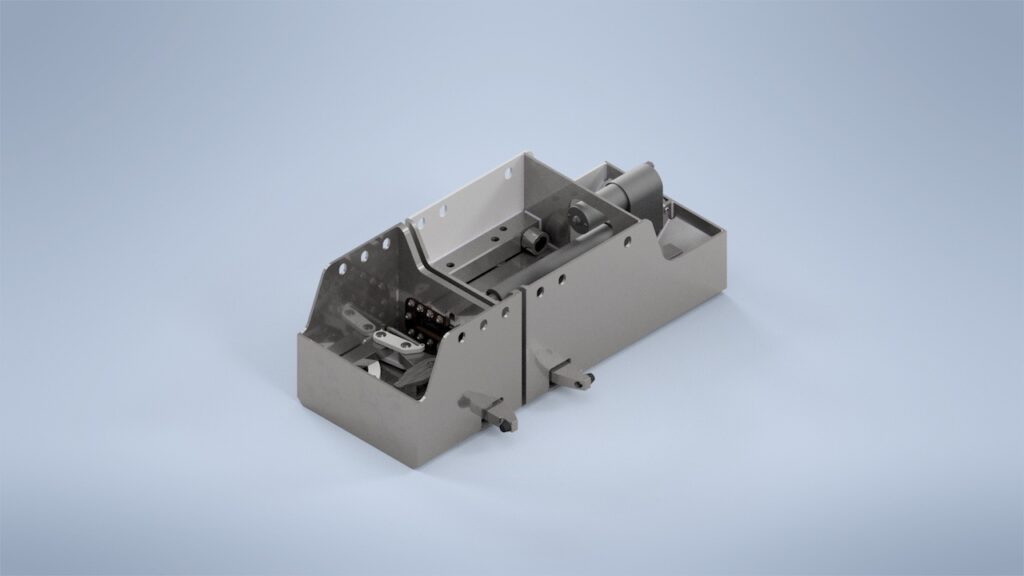 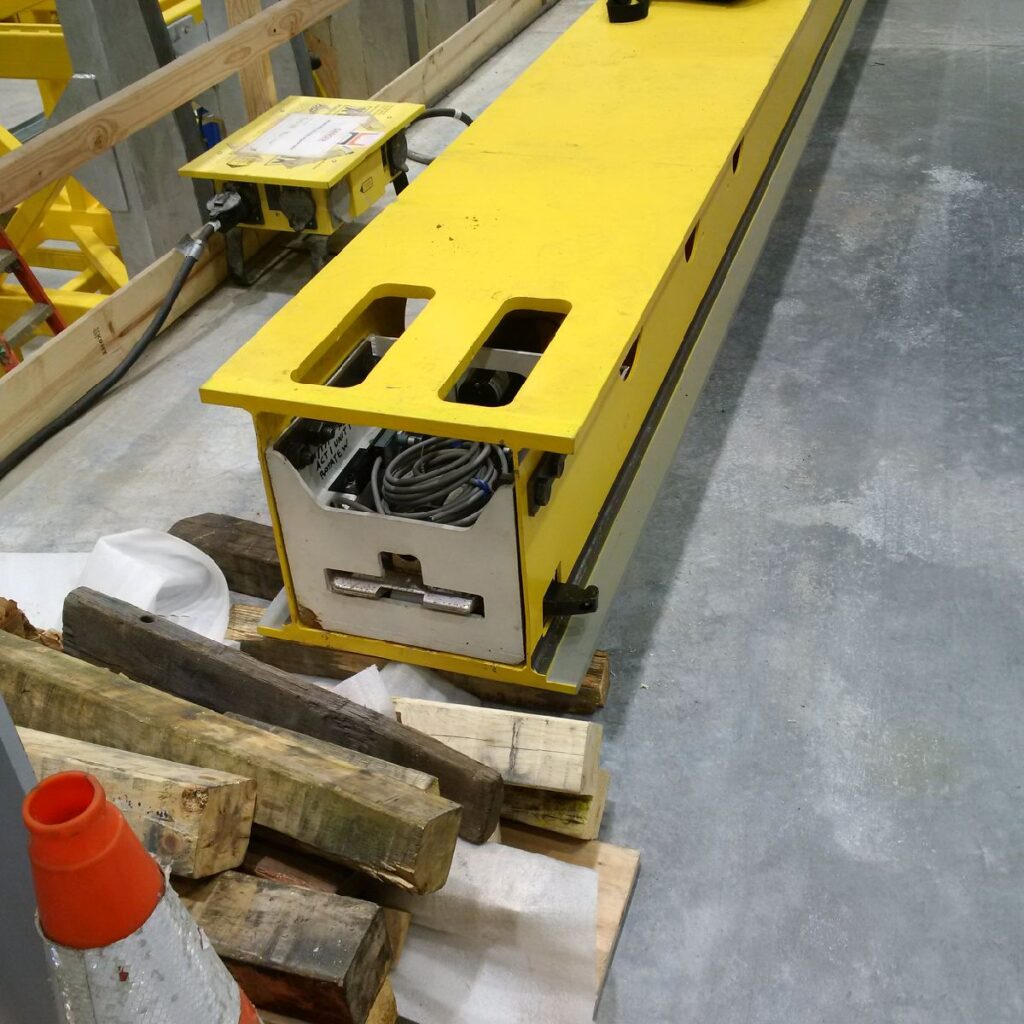 Caption: The interlocks have now been deployed on the full set of bridge cranes and the end user is satisfied with their performance. 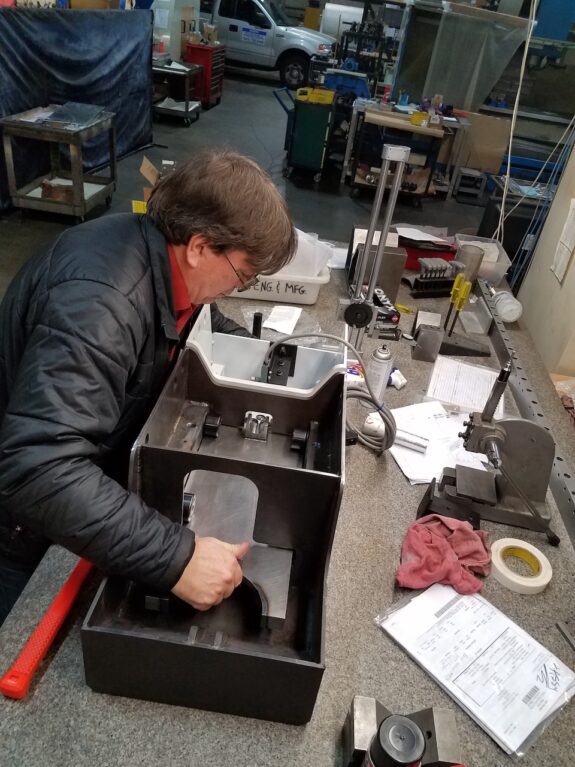 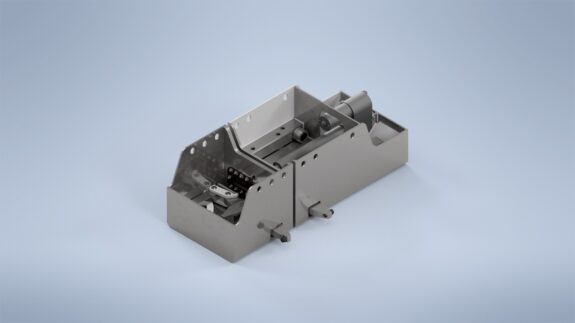 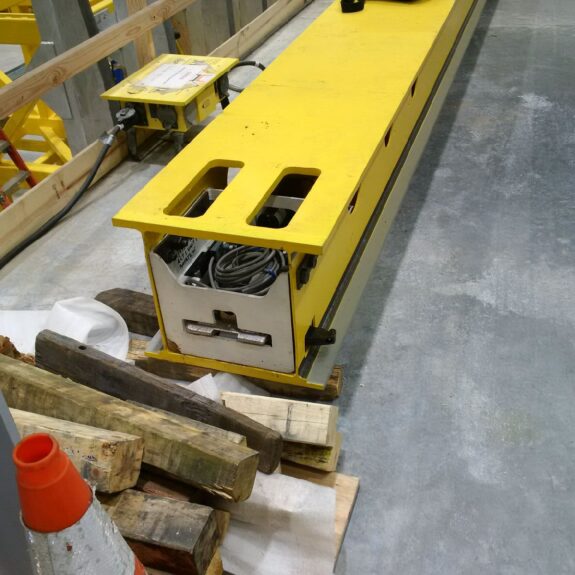