The Hilton London Metropole feels like home to Howard Electrical Ltd., whose exhibit will be the focal point for many delegates when the hotel stages this year’s EMEA Engineering Conference.

It was nearly 30 years ago when representatives of the company first visited 225 Edgware Road, London. At the time it was called the London Metropole. Howard Electrical, a specialist provider of heating, ventilation, and air-conditioning (HVAC) equipment and electrical services, was tasked with installation of an air-handling unit (AHU) for the 25th-floor restaurant.

“We knew it before it was really on the map,” says Richard Howard, director at Howard Electrical. “Actually, we know most of Hilton’s hotels, especially those in London and the South East. What we do requires us to get under the skin of a building. In the case of the London Metropole, we know it like the back of our hand.”

Hilton is estimating an attendance upwards of 500 people at this month’s (February) showcase, which will include over 250 chief engineers and corporate management. However, few can match the impression made on the building and its facilities by Howard Electrical. Another AHU, boilers, chillers, fan coil units (FCU), and domestic water booster pumps—the list of projects delivered goes on. A vast amount of HVAC-related hardware and technology that Engineering Conference delegates will interact with, would have first been installed, repaired, or maintained by Howard Electrical.

“It’s a history we’re proud of,” says Peter Howard, Richard’s brother and fellow director at the family-owned business, established in 1984. “Such longevity is proof of the quality of equipment and service we provide. When a hotel can’t provide building services, it can’t put customers in its rooms, and it loses money. Reliability is paramount, as is the ability to carry out works, sometimes at the 11th hour, without disrupting guests staying in the property at the time.”

Howard was founded by father David and mother Peggy, alongside Richard, Peter and their brother Dave. Cousin Rob Bryson joined later as director. The family has watched the London Metropole grow. Indeed, they’ve had a hand in its evolution.

In March 1998, then owner Stakis Hotels invested £90m in developing the site, elevating it to the international convention scene. Stakis was sold to the Hilton Group in 2000 for £1.2 billion. Hilton,

which acquired over 40 other hotels as part of the deal, promptly gave it the name we know today. It continued to invest in the convention facilities and it is now one of Europe’s largest conference hotels, with 42 well-equipped meeting and event rooms. What better place to stage its flagship engineering assembly?

Shortly after the Stakis purchase, Howard Electrical, which had also been busy with HVAC installations at the sister Metropole hotel in Brighton, was added to Hilton’s preferred contractor list. Today’s directors remember the day well when the letter arrived confirming the news—but they’re reluctant to overplay its significance. “We took it in our stride,” says Richard Howard. “We were already accustomed to working with household names, like John Lewis and Novotel, so it didn’t change us.”

However, Peter Howard adds: “We did have to recruit wisely and add a couple of engineers to the company as demand from the Hilton account grew as a result. It also meant that Richard and I had to put the tools down and step into more managerial positions. But that was part of our growth plan anyway so there’s not a seismic shift to acknowledge.”

While the Metropole is the focal point as the event approaches, Howard also has a long-standing association with other landmark Hilton hotels in London, including the Waldorf in Aldwych and the iconic Park Lane facility in the capital’s exclusive Mayfair district.

A variety of equipment was installed, maintained, and repaired by Howard Electrical at the each site, while attendees at the Engineering Conference can read about new gas-fired heaters at the Waldorf in the pages of this magazine. Another case study explores replacement of a water tank and booster set at the Hilton Kensington, including construction of a new tank room in the building’s underground car park.

Hilton hotels in Gatwick, Croydon, Docklands, Hyde Park, Olympia, Heathrow and many more besides also regularly contract the company. The Howard brothers can name 20 without having to think about it.

“Over the years we’ve developed an understanding of the different requirements and demands of the hotels,” says Peter Howard. “For example, the Metropole caters a lot for conferences, while the Waldorf and Park Lane feel very luxurious. Further, the buildings are all different shapes and sizes, and it requires an understanding of those intricacies to prescribe the best building installation and service. Often, we consult with new Hilton engineers and share the benefit of our experience, as we know their places of work inside out.”

As Robert Emery, senior engineering support manager (EMEA), engineering operations (Hilton worldwide), acknowledges in this publication, the Waldorf Hilton, for example, is a complex and challenging building. Additionally, he adds: “I know that if there should be any problems during

the works, Peter and Richard are stood beside me to remediate those issues.”

“That’s an important point,” says Richard Howard. “Rob and his team do everything in their power to ensure that building services equipment delivers to the demands of the hotel, and they carefully plan whatever installations and maintenance are required, but our customers need to know we’re also there for them even when there is an unforeseen circumstance. The long-lasting relationship we have is testament to our ability to give customers peace of mind that we will serve as the fourth emergency service should we be called upon—even in the middle of the night. That’s what separates us from alternative suppliers.”

Another differentiator is Howard’s proven ability to keep apace with the fast-moving HVAC sector and serve as a pioneer for the continued improvement of industry best practices. Since Stakis ownership of the Metropole, and before, Howard Electrical has been known for expert diagnostics and delivery of solutions. As Hilton strives to set an example in its own marketplace, the partnership looks set to continue for many more years yet. 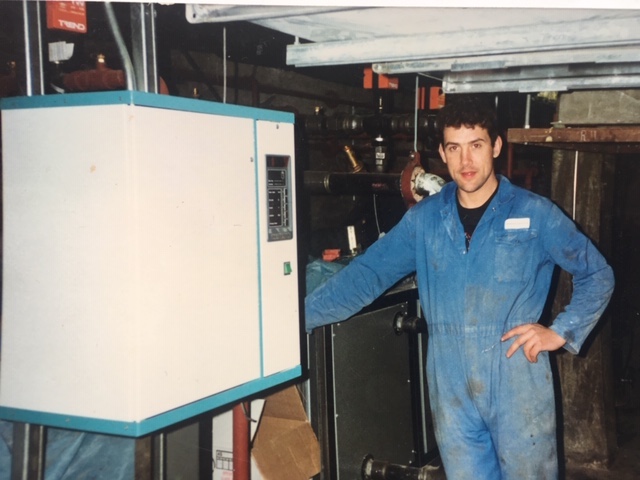 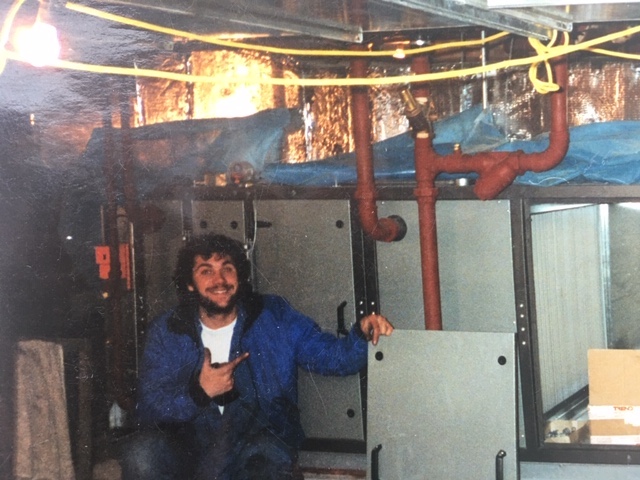