Howard Electrical Limited has recently completed a plantroom replacement for the Clarence Wing of St. Mary’s Hospital in Paddington, London.

The focal point of the extensive project was the installation of a new Low Temperature Hot Water (LTHW) plantroom which would replace two individual plantrooms serving various areas within the Clarence Wing at the Imperial College Healthcare NHS Trust site. Howard Electrical fulfilled the contract for CBRE Ltd., a leading provider of specialist real estate services to the healthcare and other sectors.

The two original plantrooms and associated mechanical plant had long surpassed their expected life cycle and were beyond economical repair, hence the requirement for a new plantroom to provide more efficient heating services to the wards within Clarence House, overlooking Praed Street.

Alan Blackman-Noakes, Head of Projects for Healthcare at CBRE, oversaw the project and said: “The new plantroom installation was a highly complex project completed in a very tight timeframe. They exceeded all expectations and worked in a highly professional and efficient manner. The plantroom is now fully operational and delivering heating to many areas of the Clarence Wing.”

He added: “Any disruptions to services were kept to a minimum and were fully planned and communicated so the hospital could continue delivering its own service to the public in London. I will be using Howard going forward on the next plantroom project due to their highly professional conduct and quality of management and workmanship.”

Peter Howard, director at Faygate-based Howard Electrical, recalled that access to the rooftop plantroom was one challenge that the team had to overcome. He said: “In order to access the work area safely, a scaffolding structure was erected from the ground floor to roof level. Health and safety was paramount throughout the project.”

The two-story plantroom was delivered on two wide-load lorries out of business hours to ensure traffic was at its quietest on busy surrounding London roads. On a Saturday, the plantrooms were crane lifted over the building and lowered into position within the courtyard area.

The project involved removal of existing plant and equipment, including a small plantroom located on the hospital roof and another plantroom located at the lower level within the courtyard each containing steam calorifiers, pumps and associated services

The project team also had to ensure that heating services were maintained to the hospital’s Winnicott Baby Unit, where environmental conditions are critical. Iain Radford, a HVAC engineer at Howard Electrical, said: “Precautions were taken to ensure all communications were kept open to CBRE and ward nurses. The nature of the site generally meant that we had limited time for necessary isolations and shutdowns; however, supplementary heating was supplied for the duration of shutdowns.”

The constant temperature and variable temperature heating circuits were stripped out locally and capped for future connection to the new plantroom. New steam main and condensate pipework were run from the nearest steam and condense mains to serve the new plantroom and two new Spirax Sarco Easiheat steam to LTHW plate heat exchangers.

Leighton Fletcher, a controls engineer at Howard Electrical, explained that the plantroom is fully automated and the new Alerton control system is connected to the site-wide Alerton Building Management System (BMS), and is configured to a high standard as required by the site-wide standards for BMS installations. 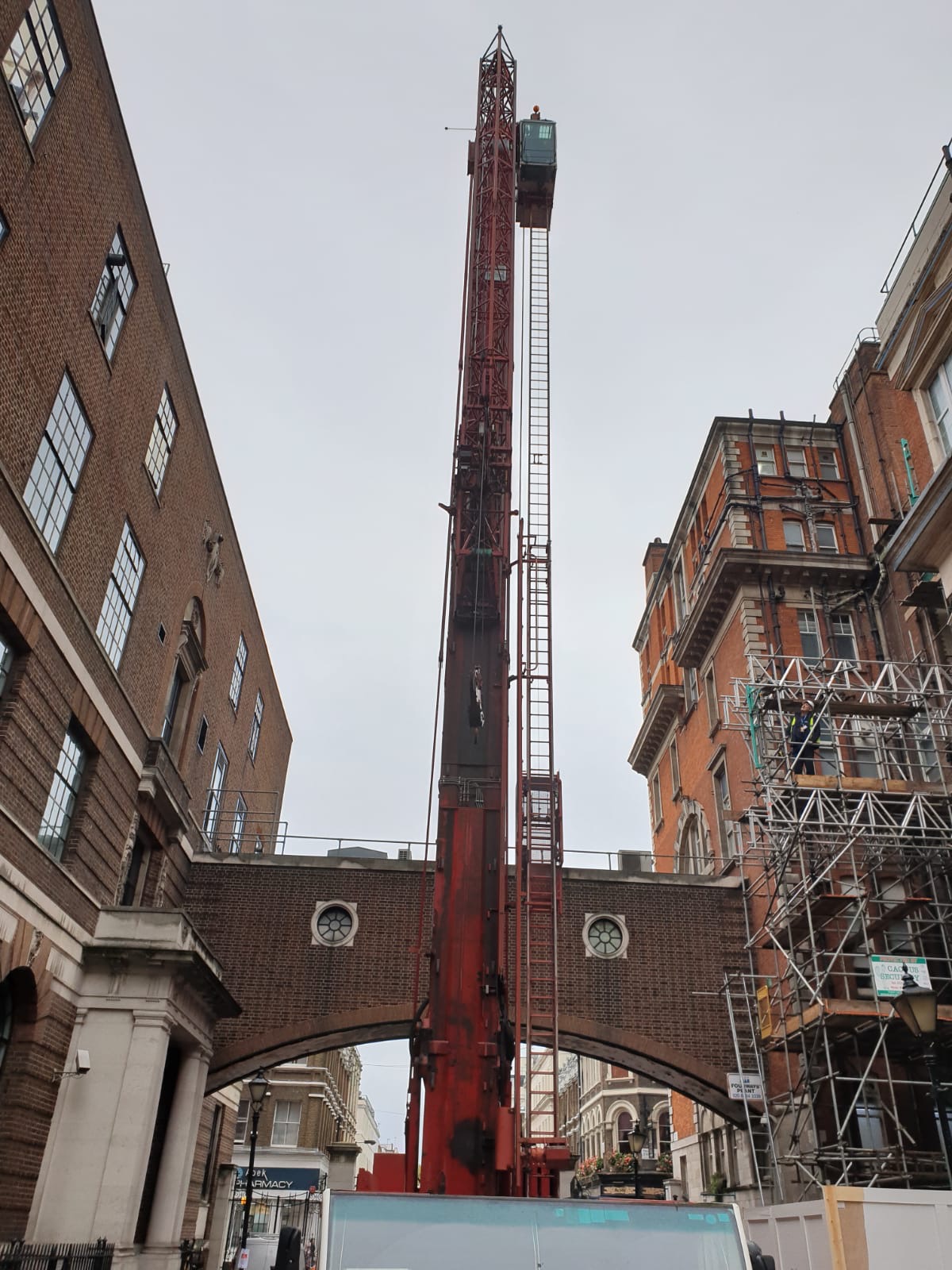 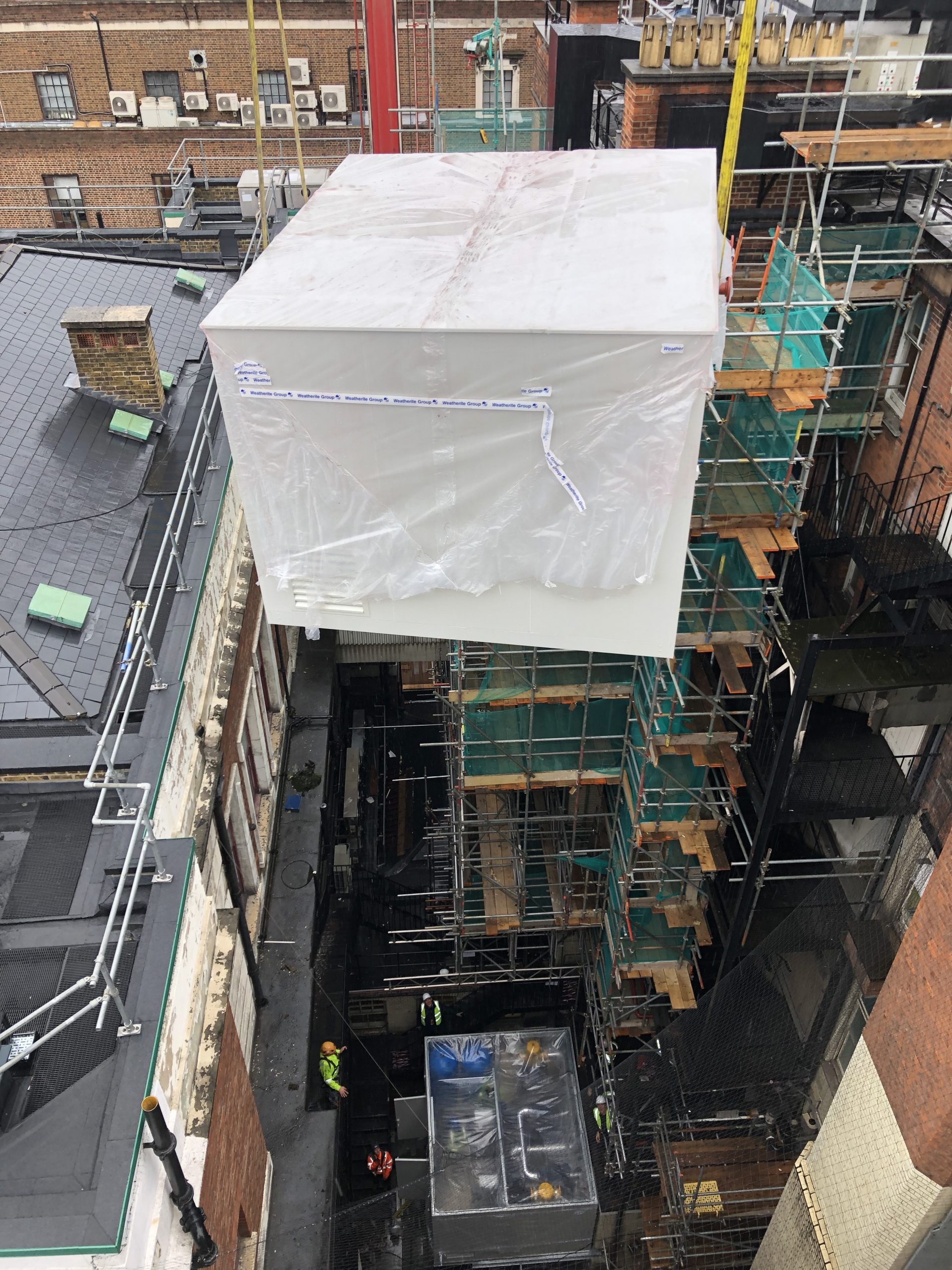 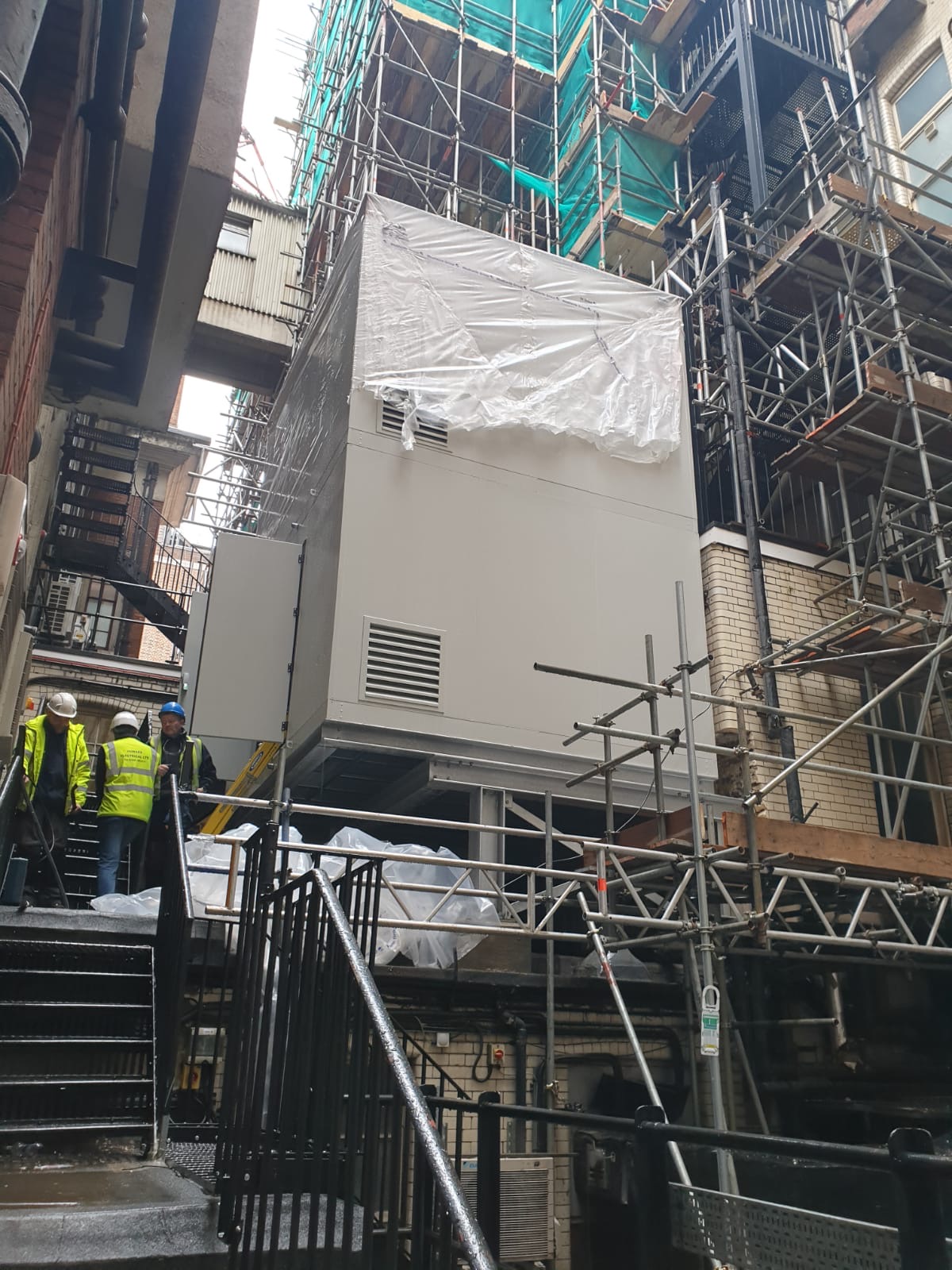 Caption: The two-story plantroom in its final position. 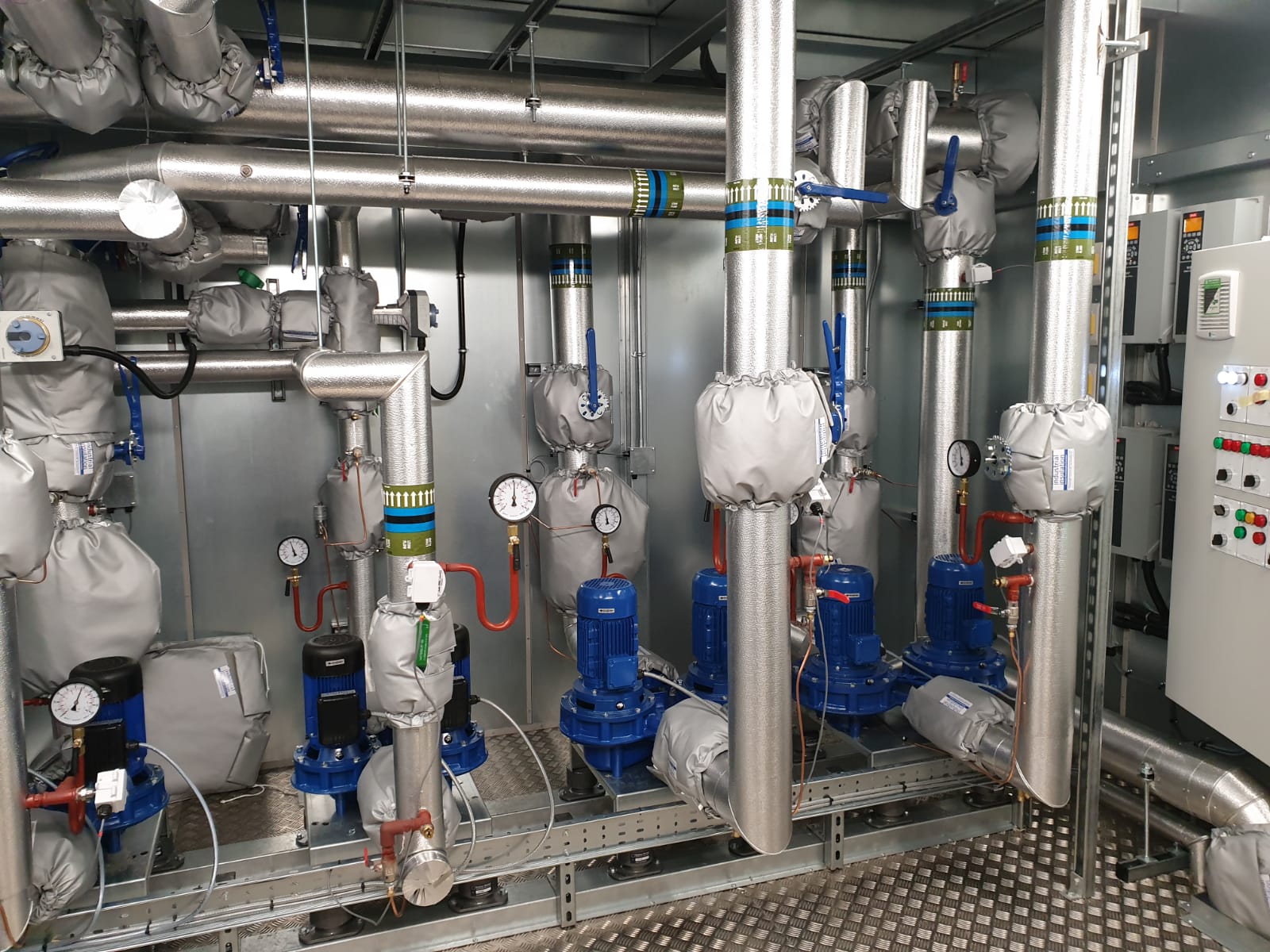 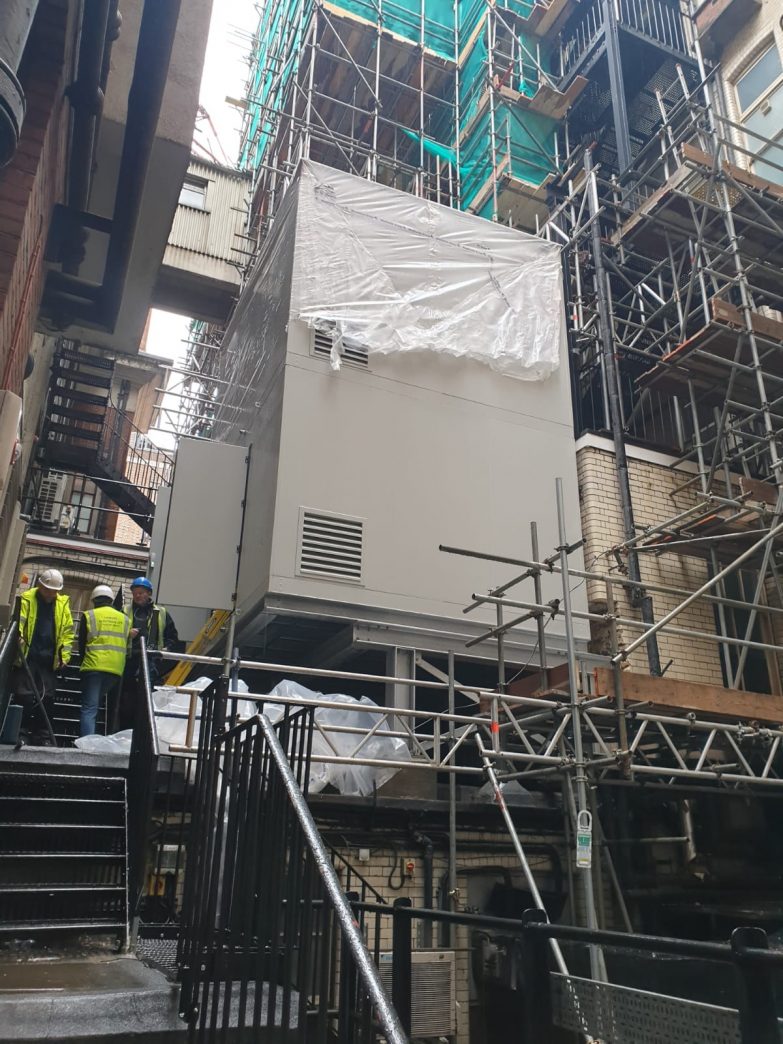 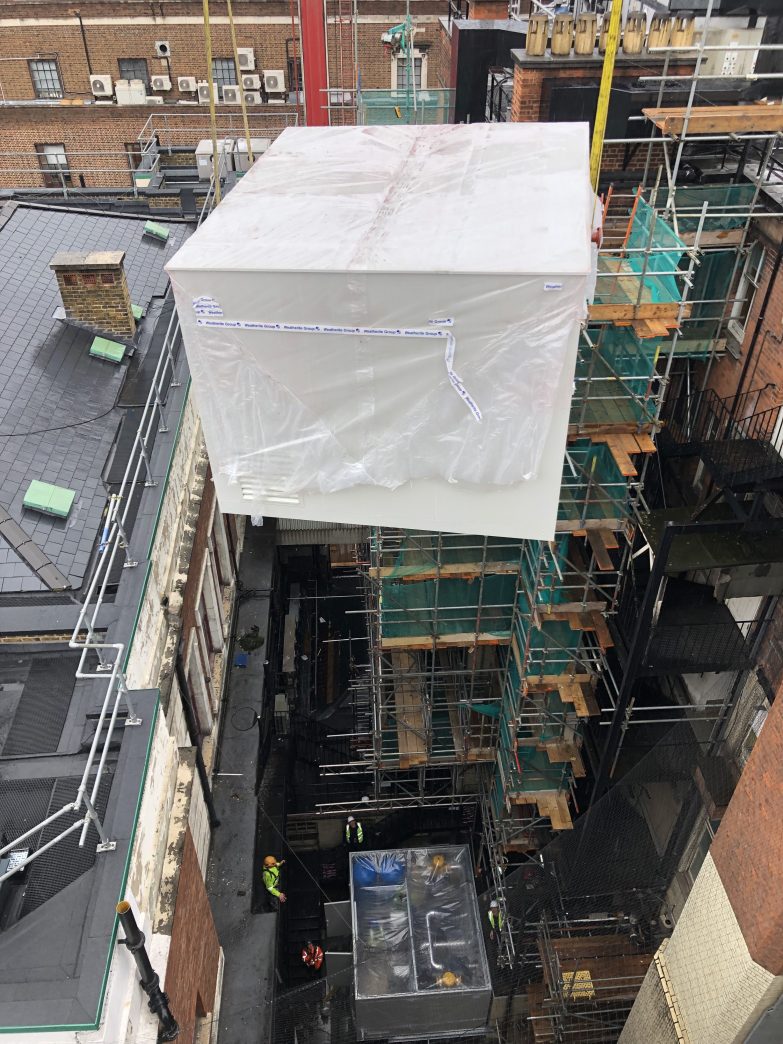 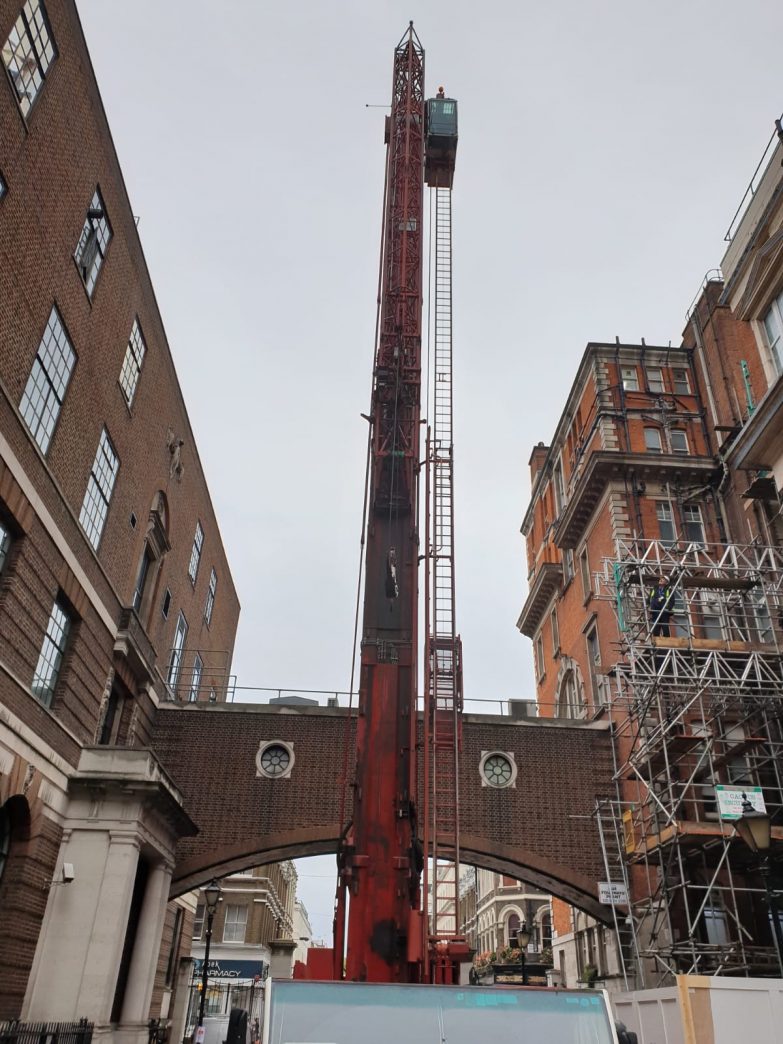 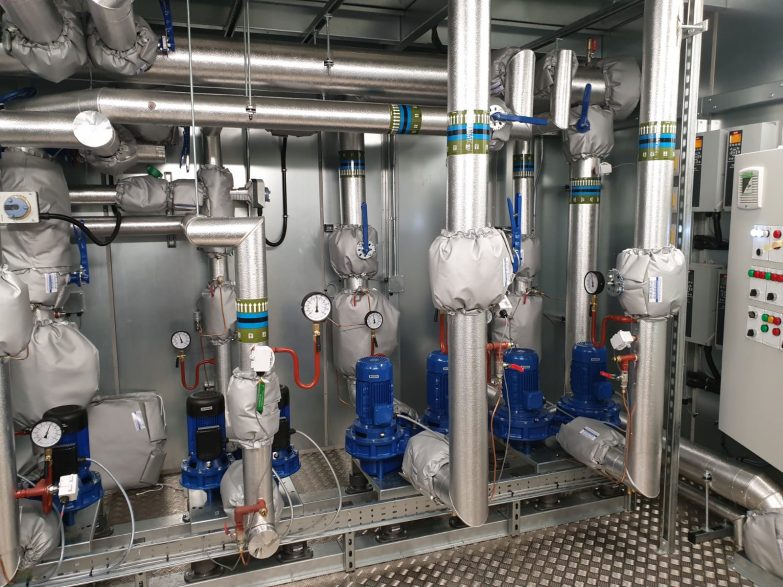