Howard Electrical Ltd. completed the replacement of a Daikin Air Cooled Scroll Chiller on the roof of exclusive private members establishment Les Ambassadeurs Club, in Mayfair, London recently. The installation and related works were completed seamlessly while the venue remained open to members and fully operational—a prerequisite outlined in the scope of work.

Howard Electrical, a specialist provider of heating, ventilation, and air-conditioning (HVAC) systems and electrical services, accepted the challenge to remove an existing 276 kW chiller and replace it with a new 480 kW unit. Further, the chilled water pipework was to be redesigned and replaced in its entirety, as well as the power supply and controls system, to facilitate the increase in capacity. The chilled water is used as a medium to service the building’s cooling needs and delivered to the various cooling applications by way of the newly designed and installed pipework installation. The design delivers improved reliability and efficiency for the building.

Michael Stalker, project manager at Les Ambassadeurs, reiterated the importance of remaining open throughout the installation. He said: “We’re open 24/7—that’s non-negotiable. Our members expect us to honour that commitment so we can only work with suppliers prepared to deliver their services within any limitations that might create. Additionally, many people do not realise we are a Grade II listed building, meaning it is of special interest and requires every effort to preserve it.”

Peter Howard, director at Howard Electrical, said: “The majority of the works were undertaken at roof level and within the fourth-floor plant room. As well as upgrading the pipework through the service risers, which involved replacing the existing 4-inch pipework with new 6-inch pipework. We also wanted to minimise disruption for our client so we arranged for the WRAS approved pipework to be prefabricated off site in advance and carried out the project during the winter months when demand on chillers would be low.”

A crane from rental firm City Lifting provided the lifting capacity required to lift the old chiller from and the new chiller onto the casino roof. Both chillers measured 2,221mm in height, 2,258mm in width, and 4,110mm in length; the operating weight of the new chiller was 3,036kg. The new chiller utilised the same footprint as the previous one. The old chiller was decommissioned in accordance with FGAS regulations, safely dismantled, and disposed of.

Stalker added: “Sourcing companies to do required work isn’t the issue—selecting the right one is, however. Our old air-conditioning system was 20 years old and at maximum capacity; we had to make an astute decision on who would replace it. Based on the absence of sub-contractors, previous work completed, professionalism, and attention to detail, Howard was our first choice. We will continue to rely on their expertise.”

Les Ambassadeurs Club and casino, or “Les A” as it is fondly referred to by members, has been welcoming aristocracy, diplomats, and famous names since the early 19th Century. 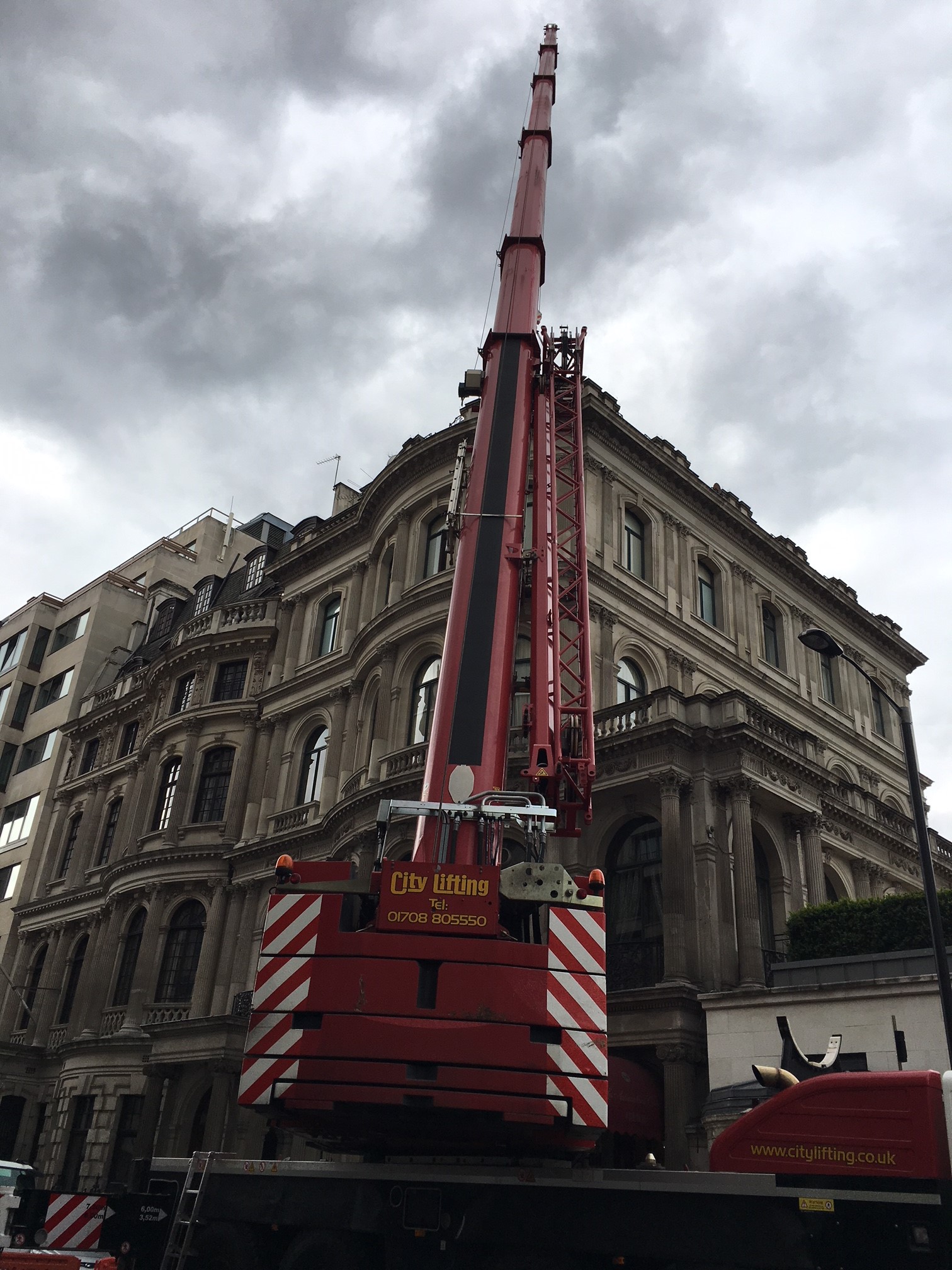 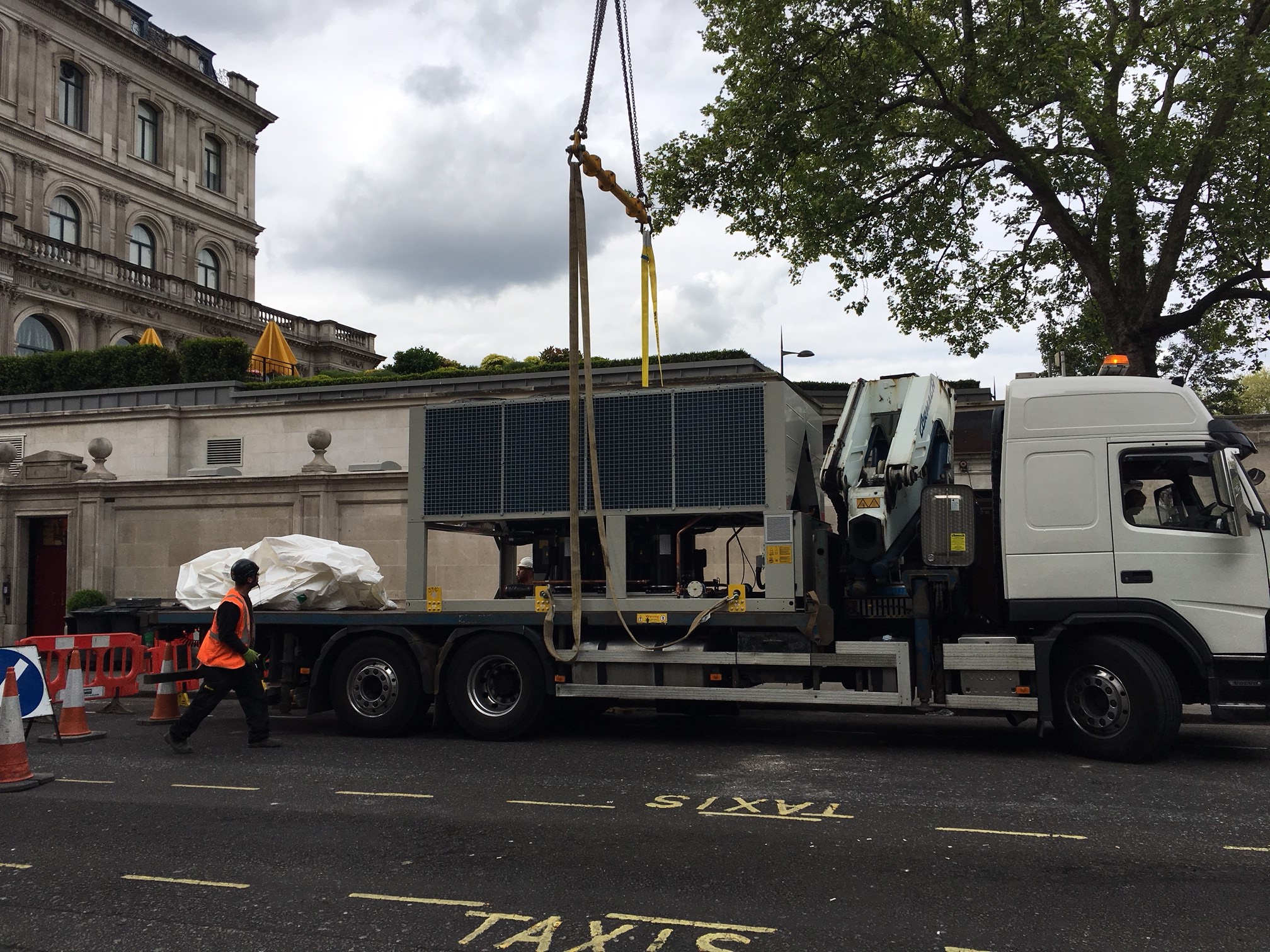 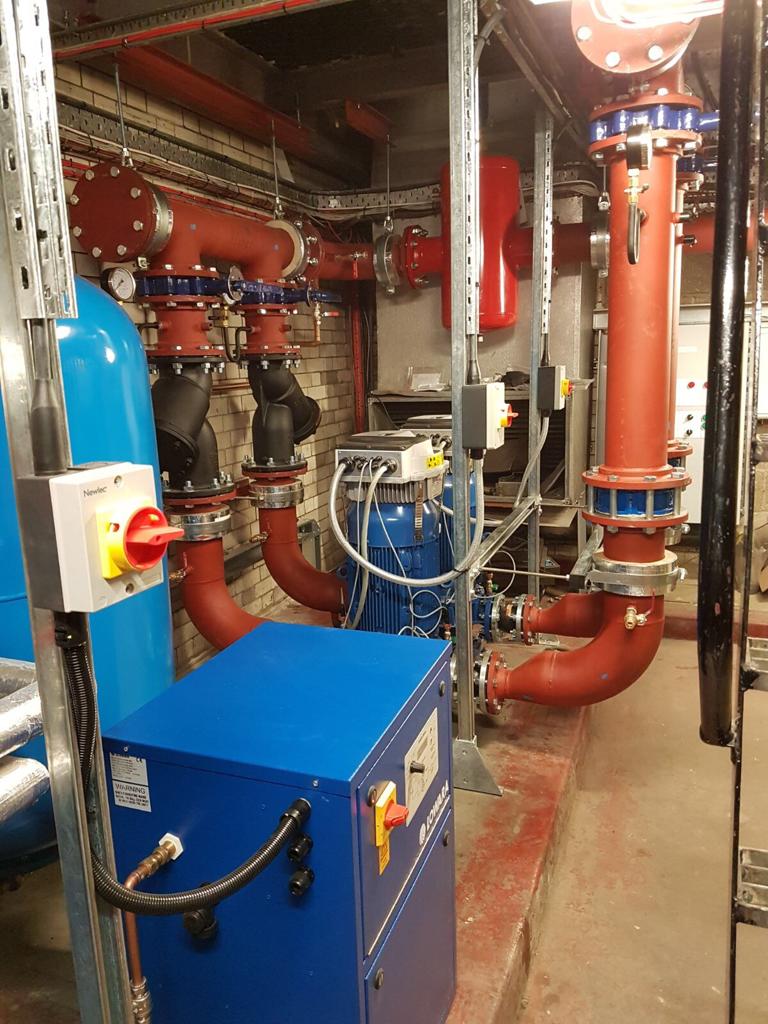 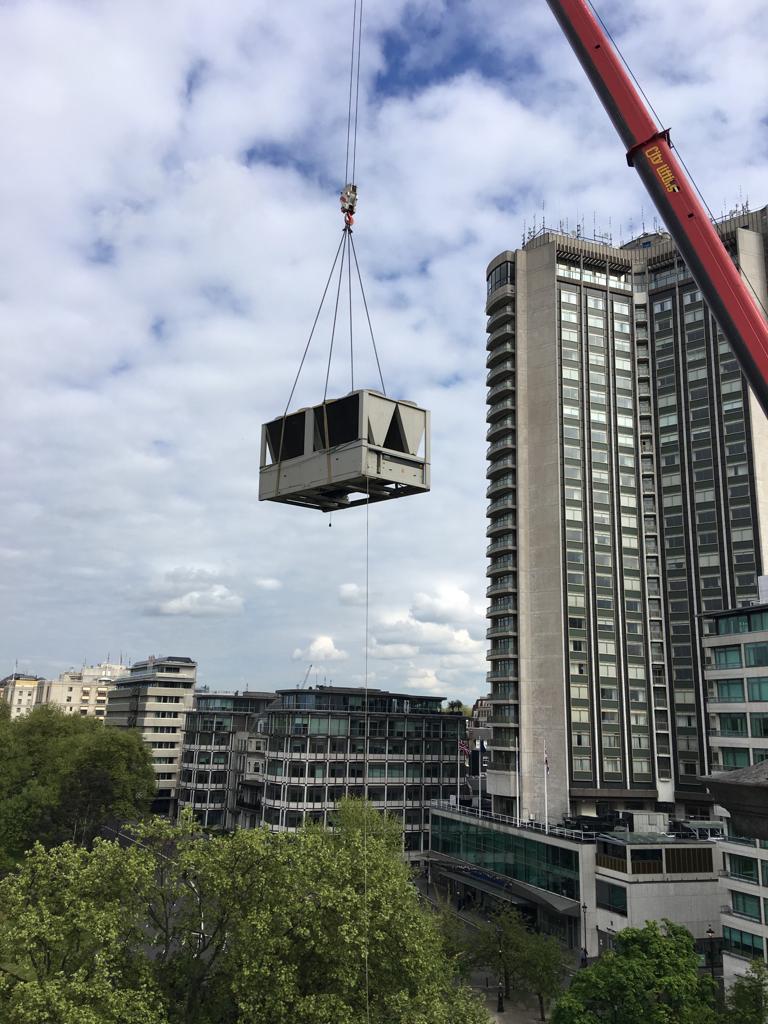 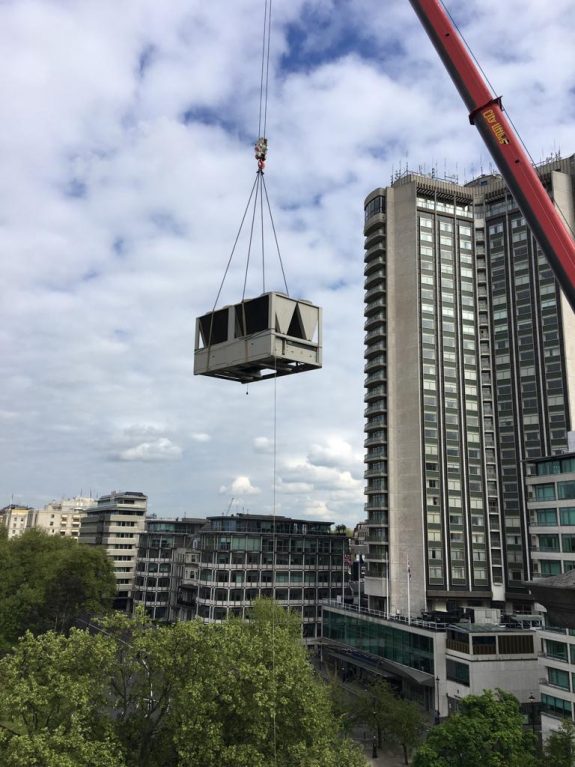 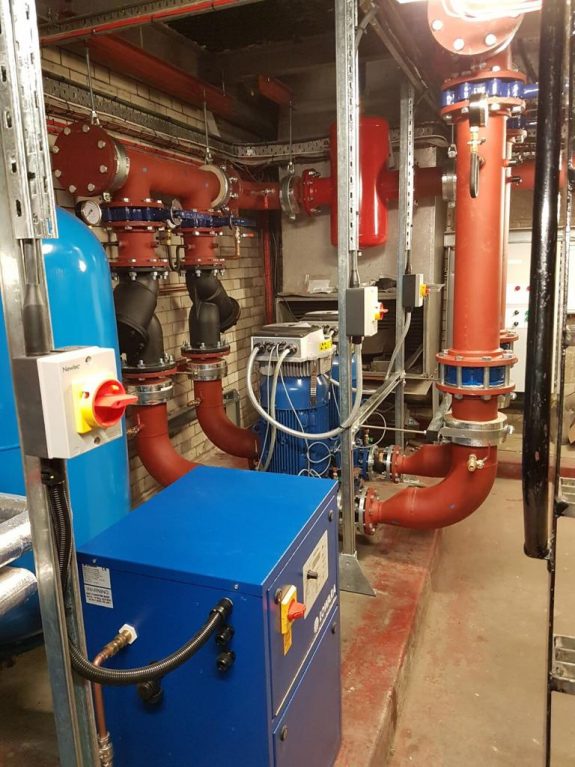 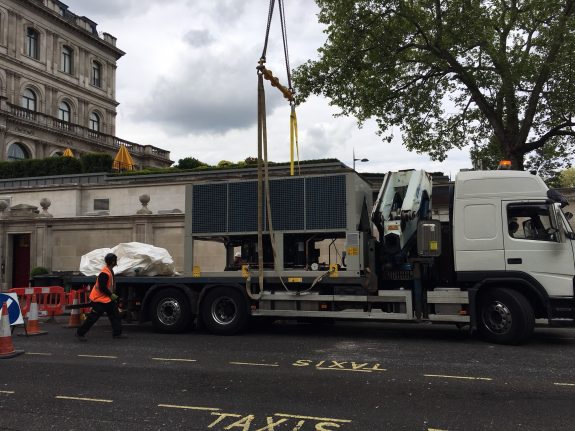