Howard Electrical, a specialist provider of heating, ventilation, and air-conditioning (HVAC) equipment and electrical services was challenged with the removal of existing equipment and installation of a new tank and pressure control technology for the landmark property in one of the most desirable postcodes in the capital city. The hotel and car park was to remain operational throughout, which is a typical requirement at such facilities to preserve revenues.

Rob Emery, senior engineering support manager (EMEA), engineering operations (Hilton worldwide), said: “The existing, concrete tank had to be replaced due to compliance issues. Due to space constraints on site and challenges around the existing tank, the car park was not always the most likely site for a new tank room; however Howard Electrical delivered the most rounded tender with location options based on their own diligent site surveys. They have carried out an excellent install and continue to deliver on the tricky projects that others shy away from.”

Richard Howard, director at Howard Electrical, explained that the first stage was to visit the site to meet with the client, consultants, and project managers, at which point various options and timeframes were discussed, along with health and safety requirements. It was decided that the focal point of the project would be construction of a new 10m by 4.2m tank room in the car park where a 6m by 3m by 1.5m tank would be housed. The existing water tank would stay in situ as a reserve, if required.

Howard Electrical project managed the two-week construction of the tank room. Architects had advised on the structural strength of the car park floor, but low headroom remained an issue for construction vehicles entering the site. It didn’t negatively impact the build, however, said Richard Howard.

Richard Howard pointed to other facets of the contract including removal of redundant air compressor from the chiller plantroom; removal and adaptation / modification of existing cold water mains pipework and cold water services; and chlorination of the new tank and pipework.

The project took less than three months to complete from start to finish. The tank will provide the Hilton Kensington Hotel with 15 to 20 years of reliable service, dependent on ongoing inspection and maintenance. 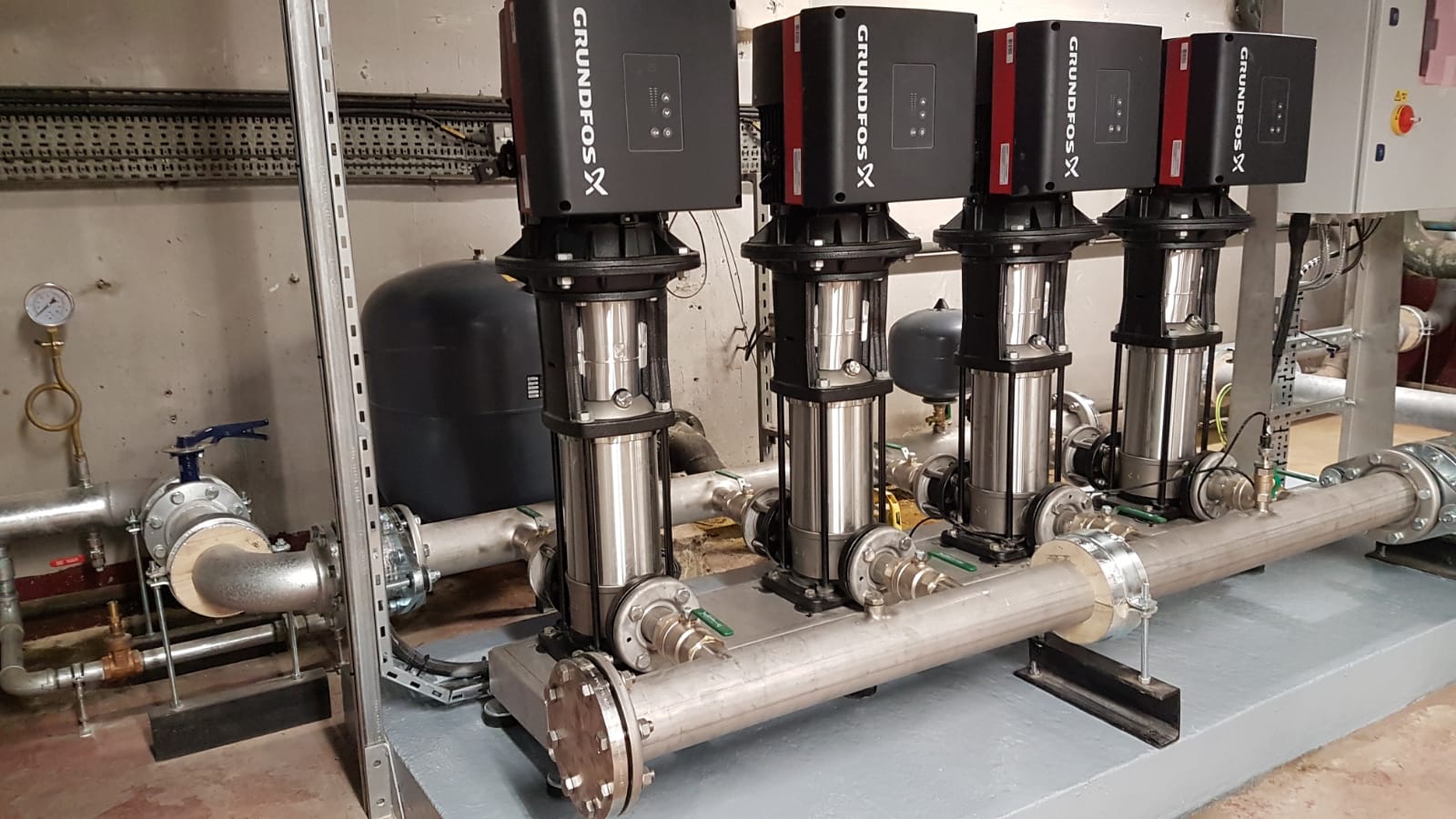 Caption: The Grundfos booster set sends water up to the roof tank for distribution. 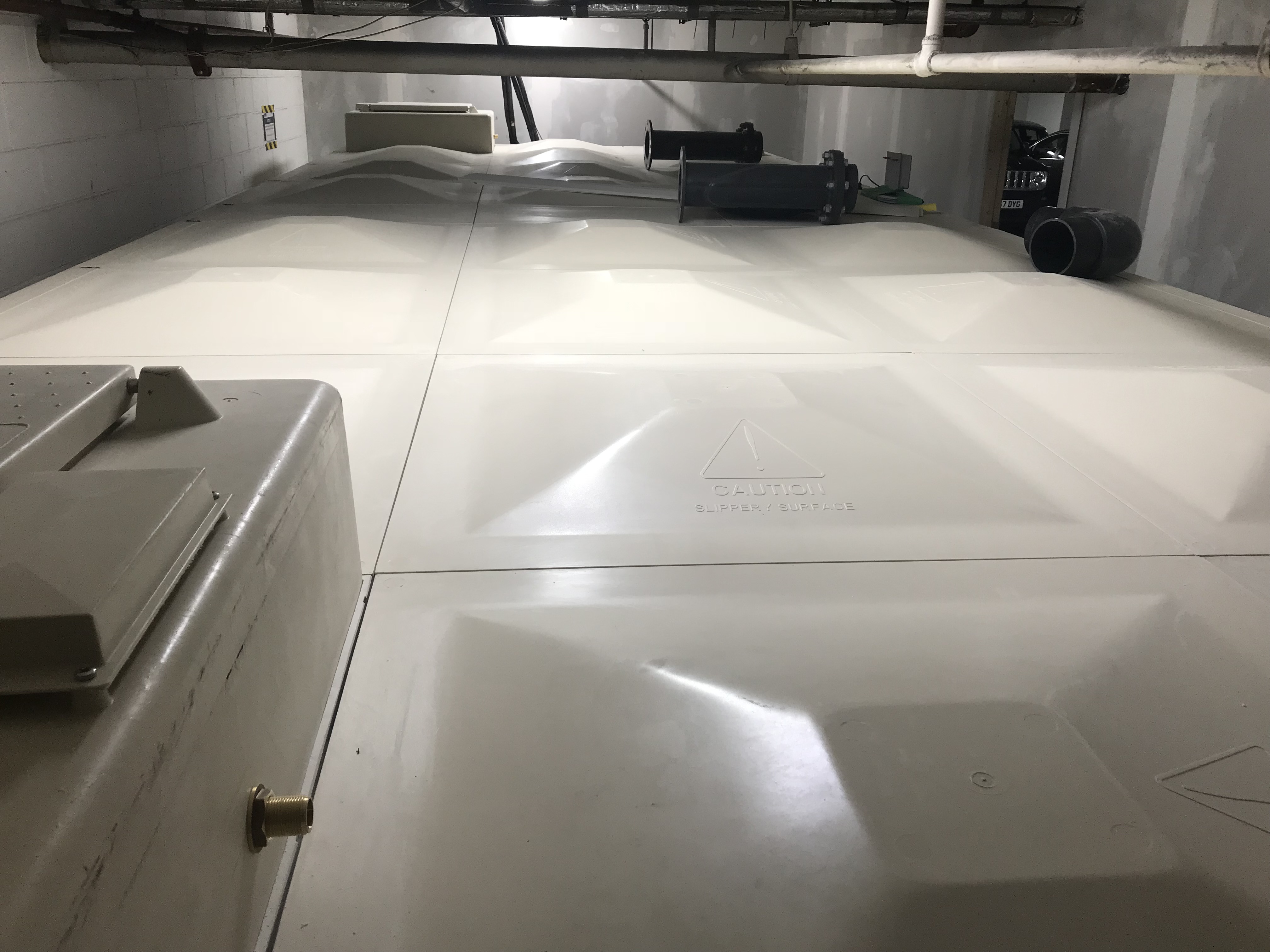 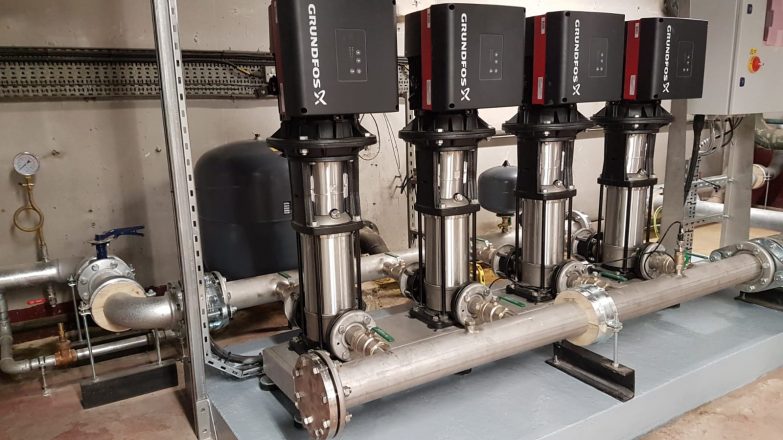 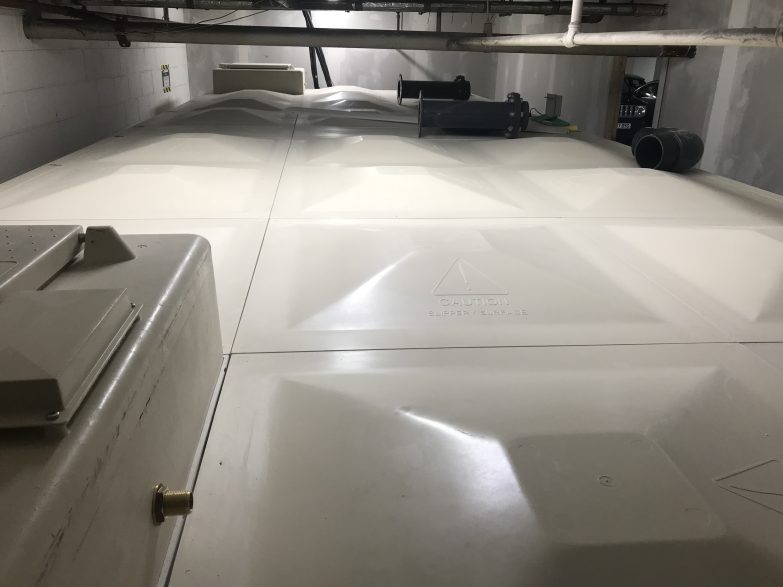