Rope and Sling at Waste-to-Energy Site

Rope and Sling Specialists Ltd. (RSS) has supplied an abundance of lifting and rigging gear to a UK waste-to-energy construction site. One recent lift demonstrated the company’s ability to work to an extremely short lead time.

RSS has been delivering spreader beams, slings, shackles, and related Lifting Operations and Lifting Equipment Regulations 1998 (LOLER) inspections to the project for almost a year, as work at the undisclosed site continues.

Ron Harrison, regional manager, Rotherham depot at RSS, said: “We provide the lifting gear, and they produce lift plans in-house [Ashley Traynor drew the latest one], which are signed off prior to equipment usage, and typically utilised beneath the hook of the Ainscough mobile cranes already on-site. Everyone at our depot pulled out all the stops again to make sure every single item of gear was onsite ready to go for the latest lift.

“Over time they have built up a healthy stock of rigging items that can be reused in line with construction demands, while there are ongoing requirements for custom clamps and modular beam parts. We also hire beams for one-off and short-term use.”

In a recent series of top-and-tail lifts (pictured), two mobile cranes combined in tandem. Based on the rig, side-loading clamps were sourced from a third party. Under the first crane, the end user employed a one-over-two spreader beam configuration to lift one end of the panels for a hulking new structure. Under the crane hook were two 8m-long, 20t capacity roundslings, connected at either end of a 7.5m-long, 50t capacity modular spreader beam; 412kg of additional rigging included end units, struts, drop links, and shackles.

Underneath, two 2m-long, 20t capacity roundslings connected via bow shackles to four (two on each side) 3m-long, 15t capacity roundslings that descended to either ends of a pair of 3.5m-long, 24t capacity modular beams. Again, additional rigging was required, including end units, struts, drop links, and shackles, this time totalling 127kg in weight. At the bottom of the cascading rig, four 2m-long, 10t capacity wire rope slings connected to four pick points (lifting lugs) on the panels (loads) via 17t capacity bow shackles.

Harrison said: “The Ainscough cranes are at the heart of activity on the site—use of our rigging gear is commonplace with their national fleet—and they will continue to be for at least another year. This latest top-and-tail tandem lift is just one example of how our kit is being utilised by another landmark project in the waste-to-energy sector.” 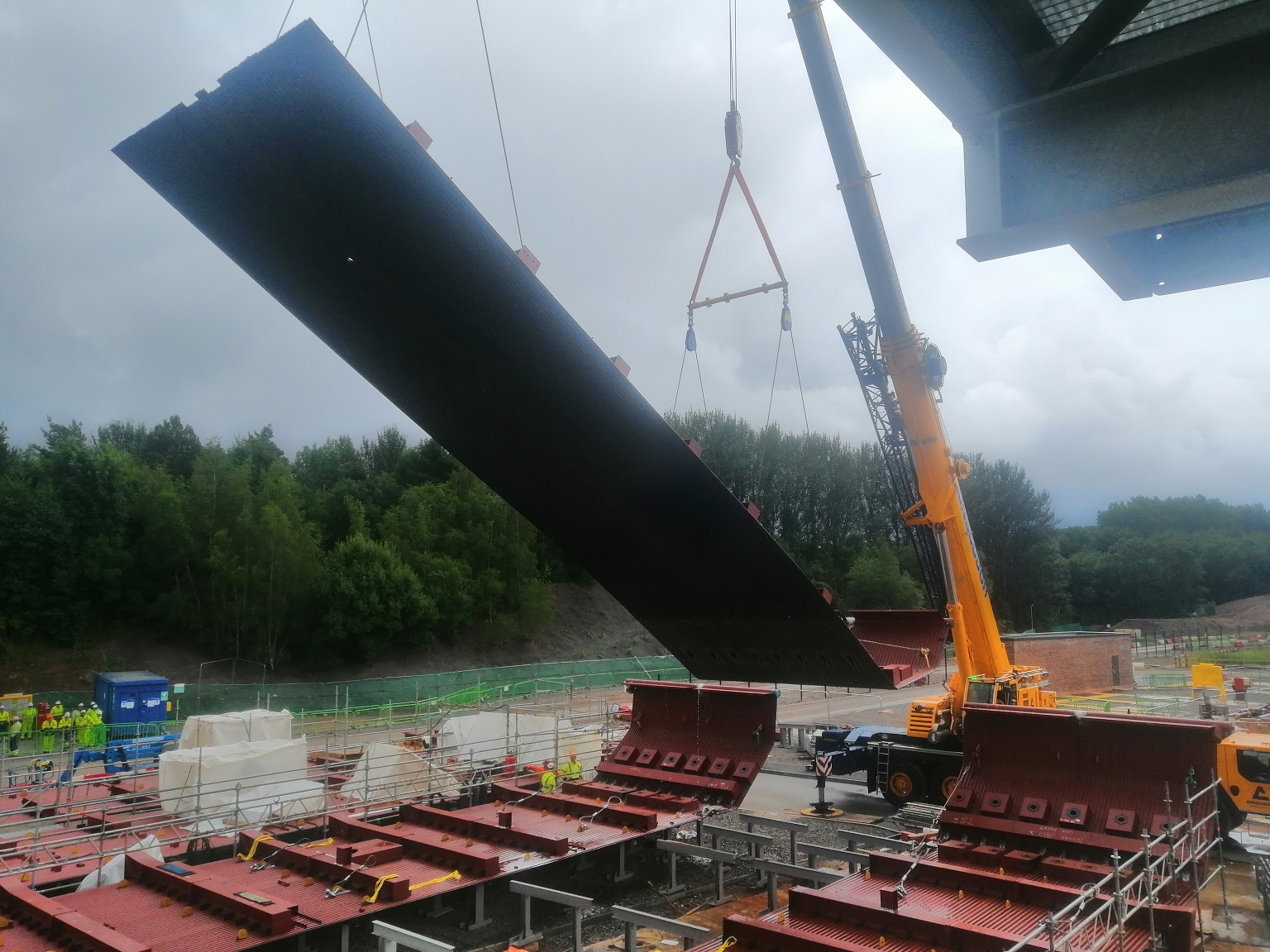 Caption: The mobile cranes combined in a top-and-tail tandem lift.

Caption: Here, the different rigging configurations can be seen below-the-hook of each crane. 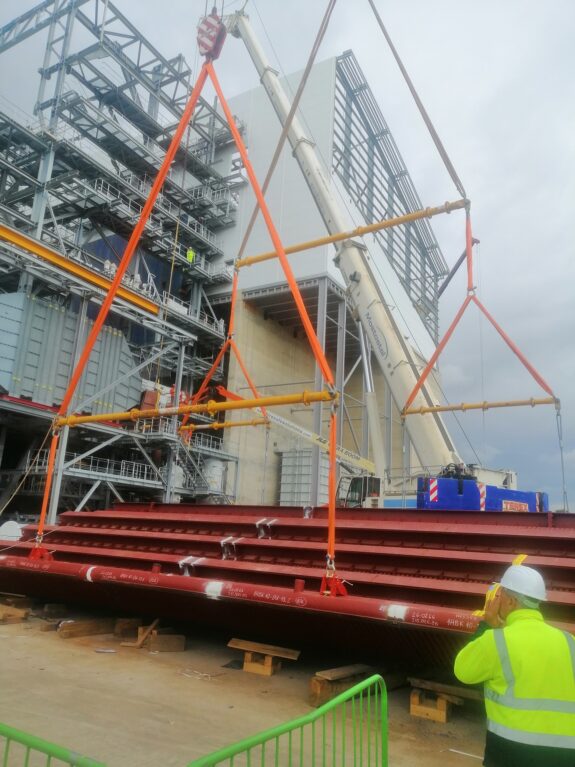 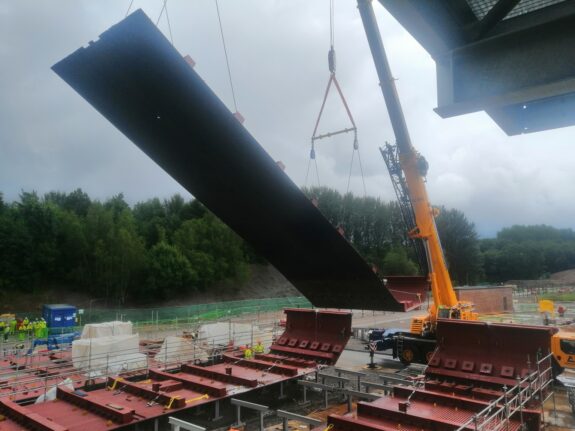