Rope and Sling Specialists Ltd. (RSS) provided rigging gear to Quattro Plant Ltd. as an adapted rail crane lifted a 20t railway bridge that was knocked off its foundations by a heavy goods vehicle in South Wales recently.

Quattro is a specialist provider of hire solutions to the railway sector and boasts a varied fleet of road rail vehicles. In this instance it utilised its 55t capacity Demag AC55 Rail (City) Crane to complete urgent removal of the approx. 24m-long footbridge that had fallen awkwardly, with one section trapped between a tree and an abutment wall.

Gary Worsley, site manager / appointed person at Quattro, said: “The bridge was cut into sections prior to removal because of the way it had fallen, and each load was cradled as we lifted the pieces. We lowered them onto a road rail vehicle and trailers for transportation by rail to a site compound, where they were to be off-loaded and cut up into smaller pieces as scrap. The rig was the most efficient given the loads, based on structural reports issued by our client; centre of gravity wasn’t a complication in this case.”

Worsley explained that Quattro took a phone call at 9:30am and was onsite with the crane and lifting gear by 6:30pm on the same day, by which point all trains had been suspended and police had cordoned off the road and a site compound was being completed. He added that the structure was unsafe and, inevitably, access was tightly restricted.

Stephen Littler, regional manager, Warrington, at RSS, said: “The footbridge removal was another example of us sourcing and mobilising a below-the-hook rig for use in an emergency situation. Same-day delivery is imperative in such situations; without healthy stock levels at each of our regional depots, that kind of service would be impossible to provide—to customers like Quattro or others who fulfill this type of contract.

In addition to two AC55s, Quattro owns five 40t capacity Demag AC40 City Cranes, all converted to travel on rail infrastructure. Worsley said: “These are the only converted cranes in the UK—possibly Europe.”

Worsley and RSS both expect to be involved in installation of a replacement footbridge. 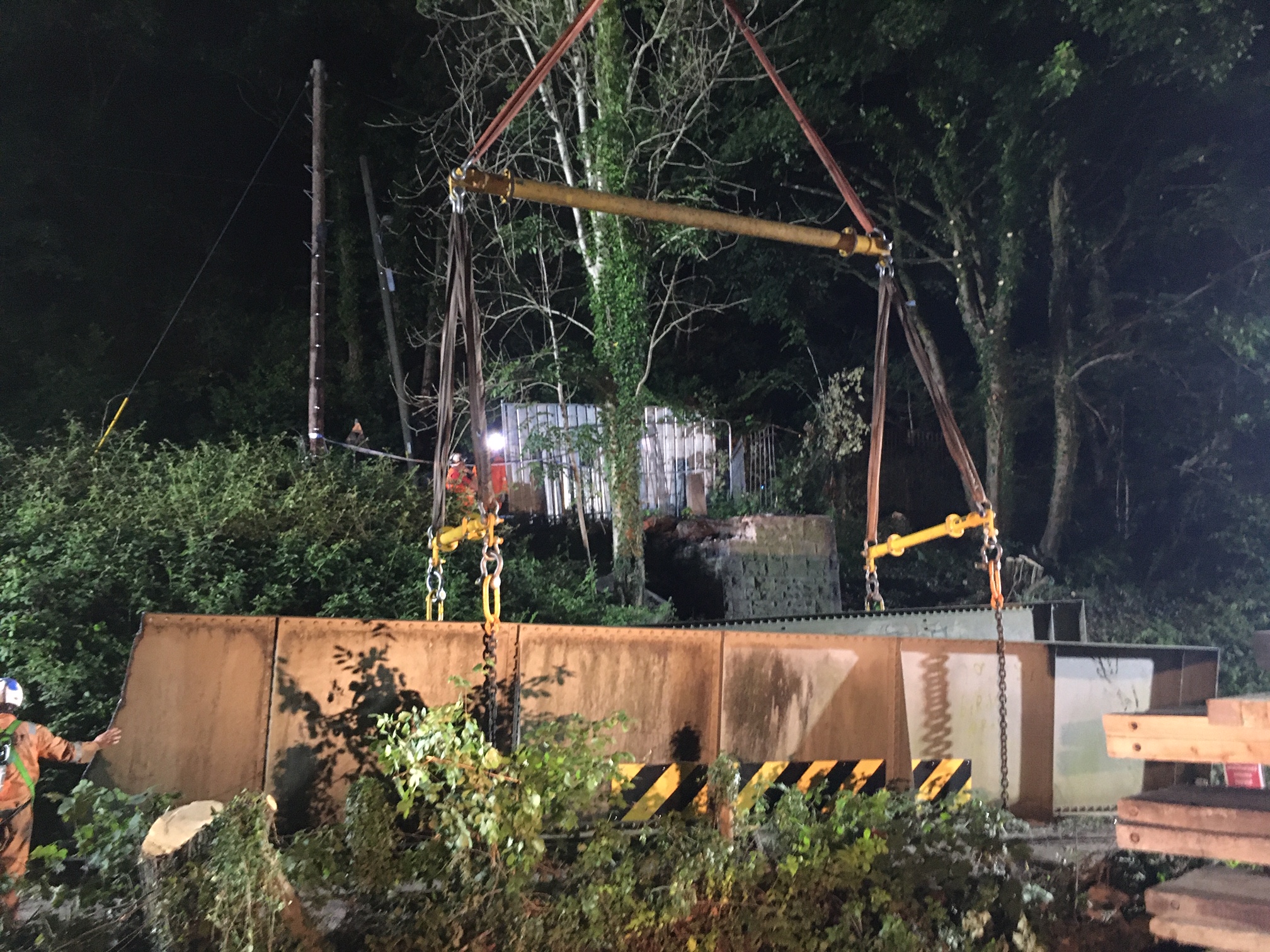 Caption: The bridge was cut into sections and each load was cradled. 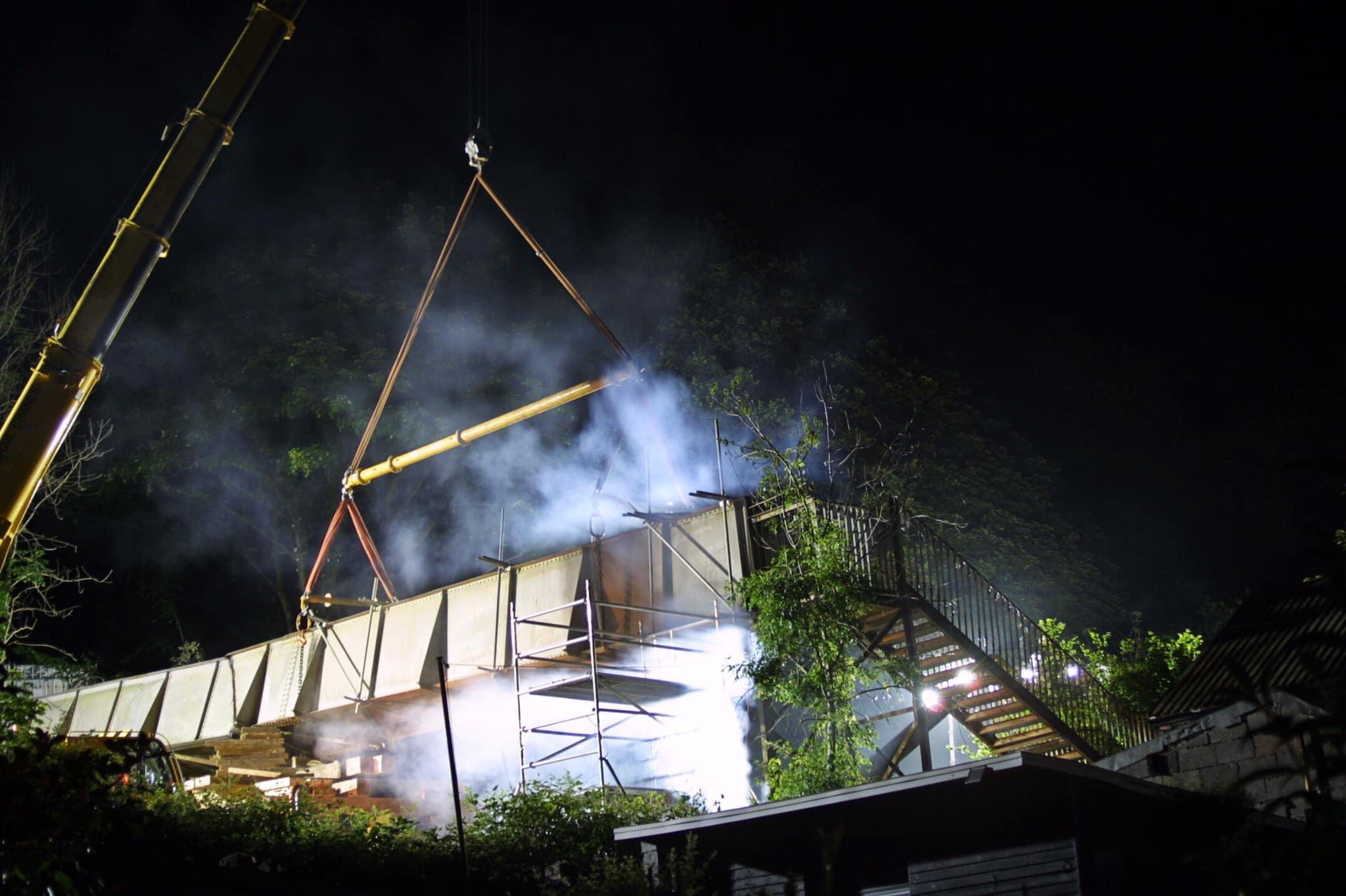 Caption: RSS delivered three spreader beams that were used in a one-over-two configuration. 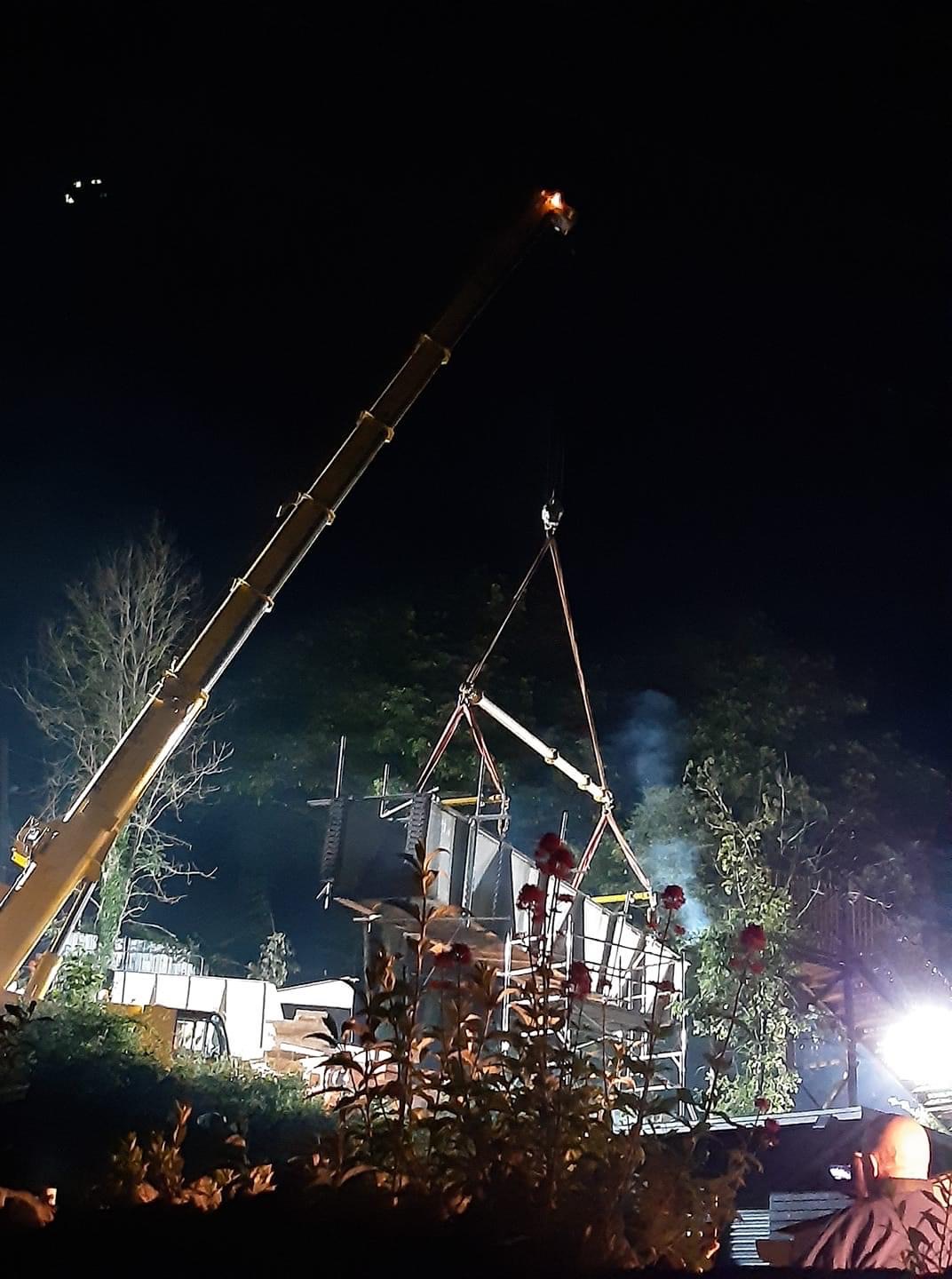 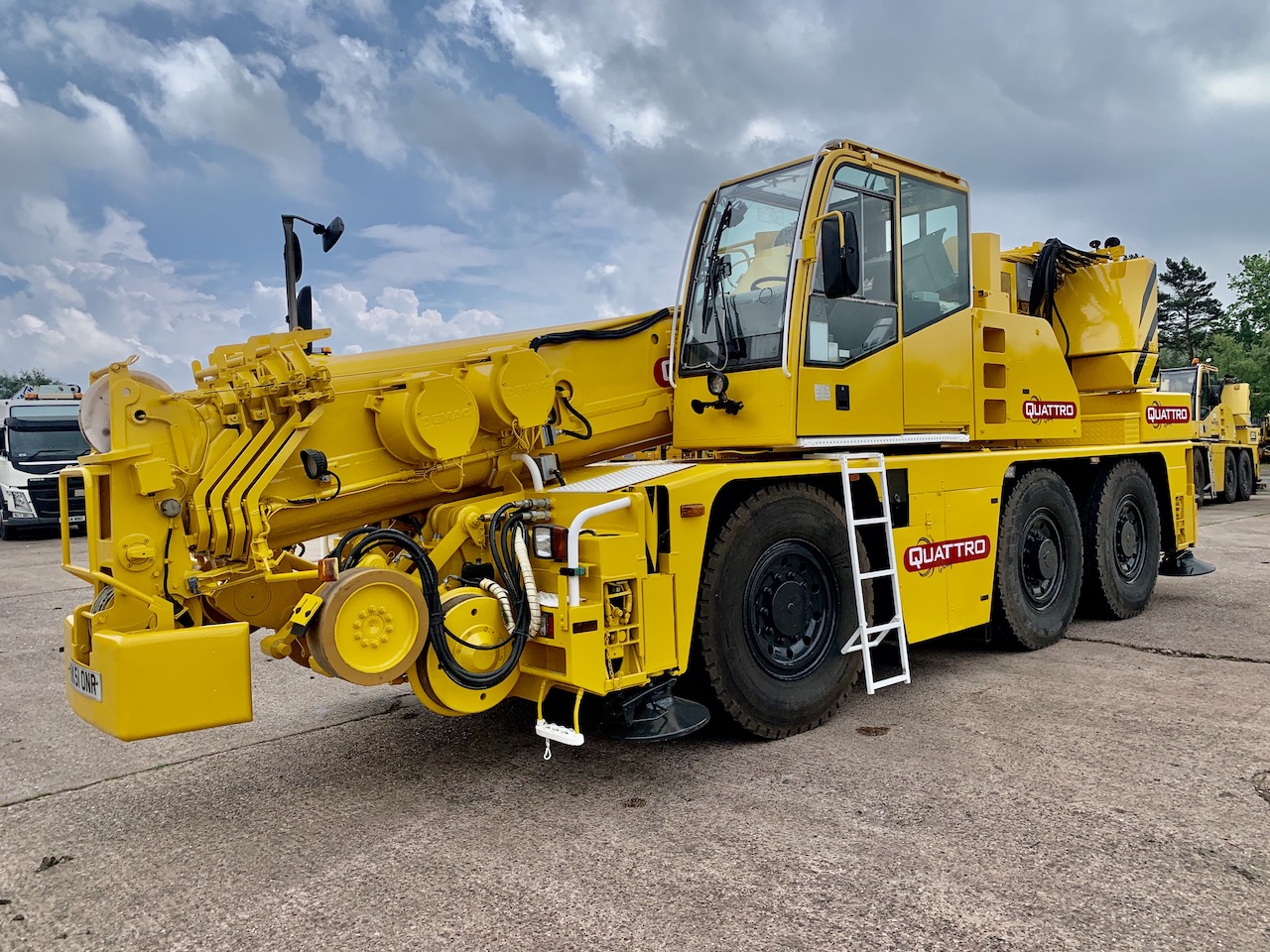 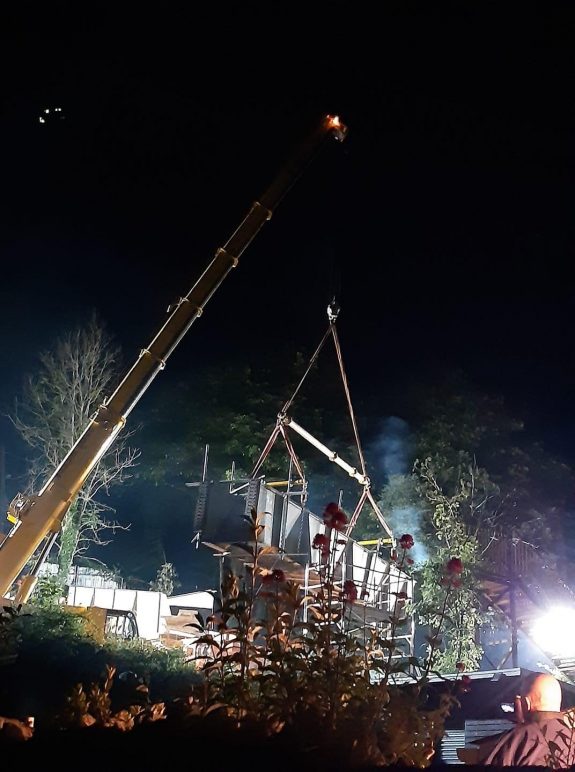 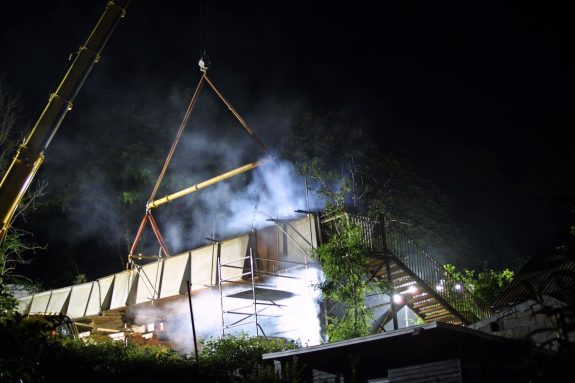 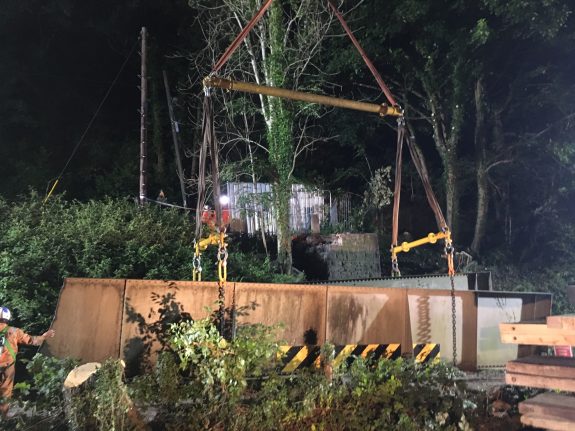 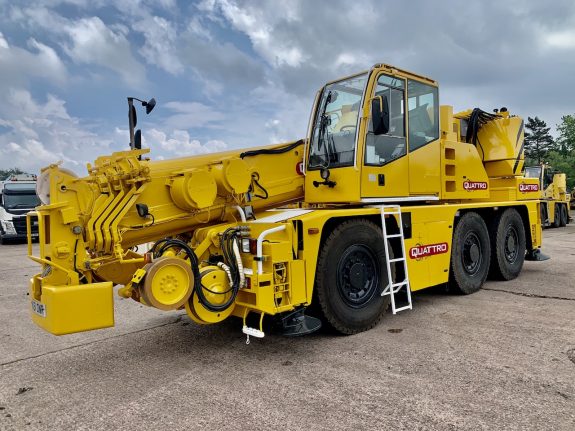