RSS Delivers LOLER and Other Services to Galvanising Plant

RSS completed tests on a variety of equipment, including testing stands, trestles, and a dross spoon, in addition to Lifting Operations and Lifting Equipment Regulations 1998 (LOLER) tests prior to production resuming. The lifting and rigging gear supplier also ensured the installations met the requirements of the Supply of Machinery (Safety) Regulations 2008.

Mick Gill, senior testing engineer at RSS, said: “As we know, LOLER places duties on people and companies who own, operate or have control over lifting equipment, while all new machinery in the scope of the Machinery Directive has to be designed and constructed to meet common minimum European requirements for safety. Galvanize UK required our expertise in both areas, particularly as it pertains to the stands that are so important during production.”

Gill, who provided the bulk of the services onsite, explained that throughput at the galvanising plant principally revolves around handling smaller items to which the protective zinc coating is applied, mainly to prevent rusting. However, the business generates significant volume, keeping the facility operational 24-hours-a-day, six days per week. “Once the furnace is up to temperature, it stays that way year-round,” Gill added.

The scope of work, accepted by RSS’s Rotherham depot, was a follow-up to initial services delivered when the facility was being setup six months ago. Gill explained that there are five main stands positioned around the facility that are used at various stages of production, whether it be to hold a product while it is drying or prior to being dipped. Two overhead cranes, both with two 2t capacity twin hoists, are used to move the products around the production area. The dross spoon, meanwhile, is also lifted by the hoists and clears excess zinc from the baths in between dipping applications. The removed matter is recycled, Gill said.

He added: “We had already tested the jigs / frames that sit on the stands—the product hangs from them—but here, to ensure ongoing compliance, we did new calculations for each stand and utilised Boliden zinc blocks that were already onsite because they were known weights. These weights were clearly stated on the side of each one. Using different numbers of blocks, and whatever lifting and rigging method suited the testing process, we were able to complete the tests efficiently and provide the necessary documentation to the customer.”

RSS will deliver lifting and rigging-related services to Galvanize UK’s hot-dip galvanising plant as the operation continues next year and beyond. 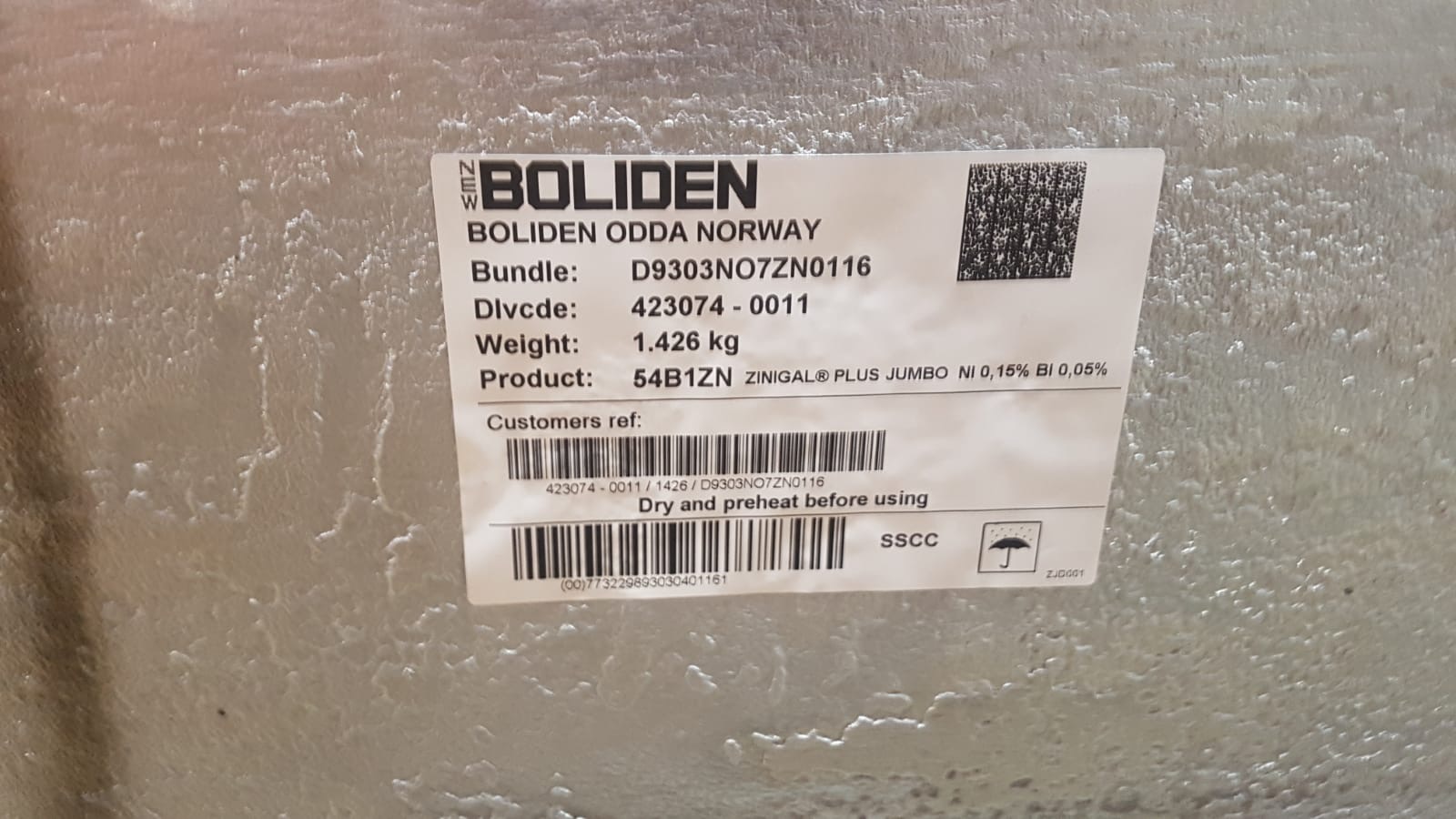 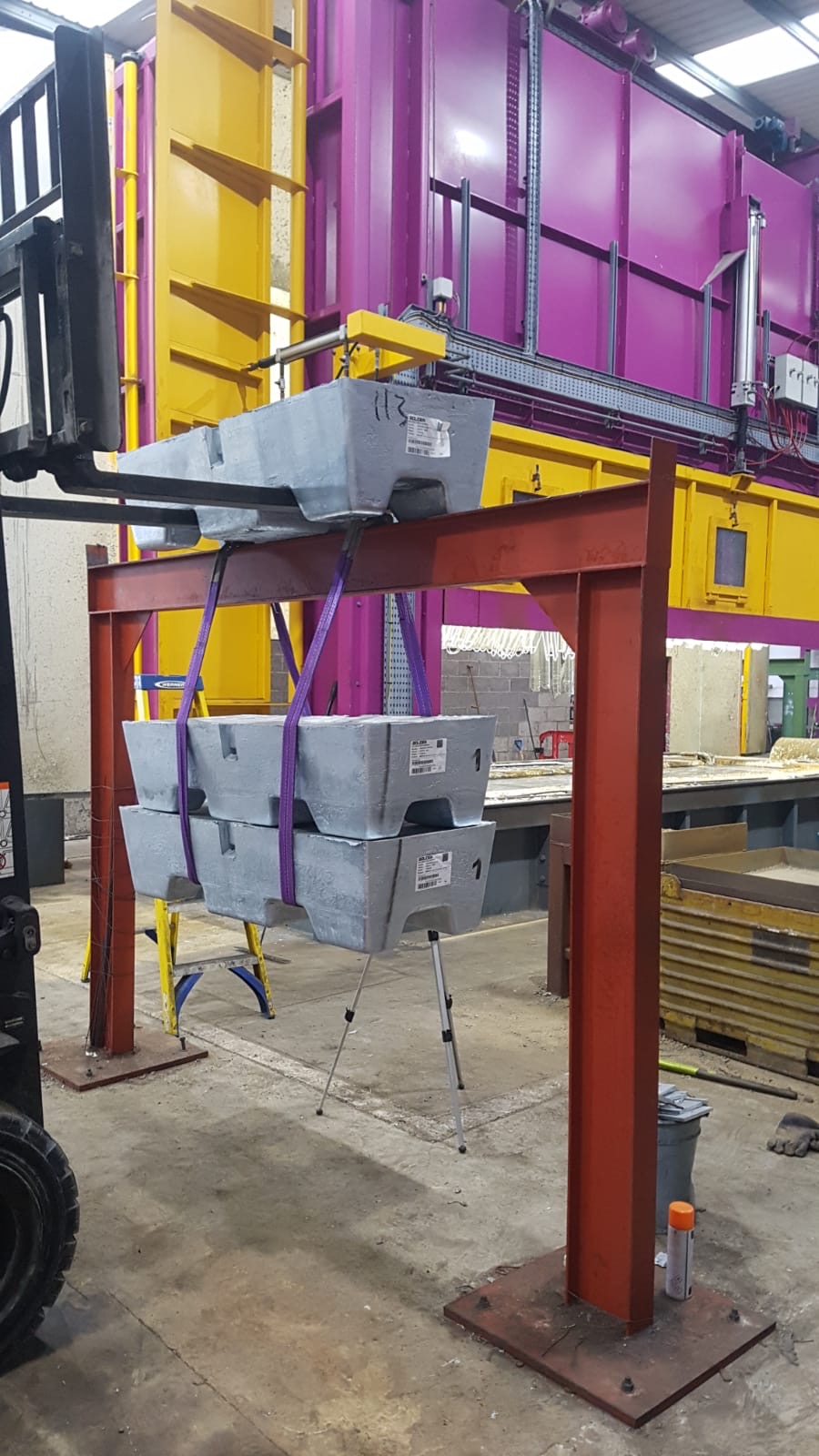 Caption: Four zinc blocks were used to test this stand. 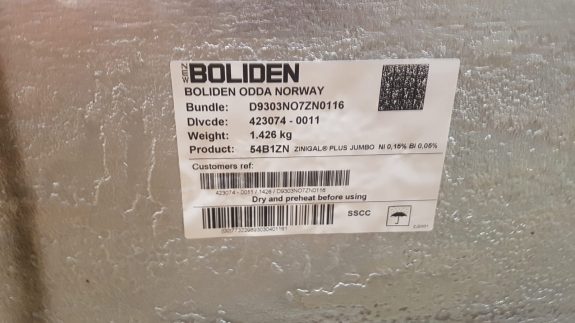 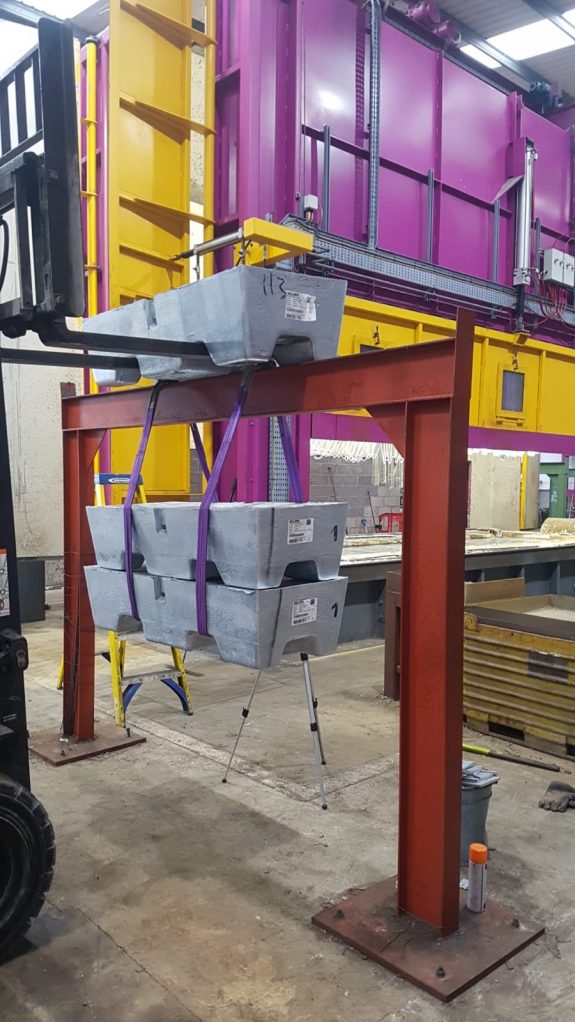 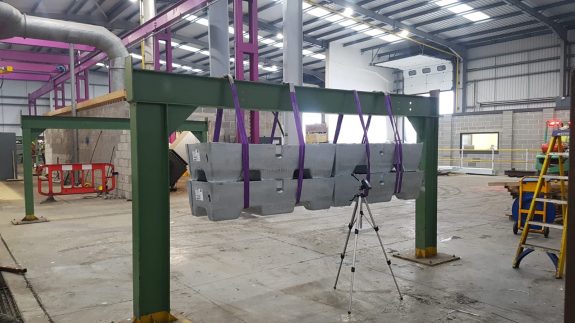