RSS delivered the below-the-hook equipment and services, and fellow Welsh company Davies Crane Hire Ltd. a 100t capacity Grove GMK4100L. The mobile crane was fitted with a 19.6t counterweight and operated with a boom length of 52m to meet Massey Cladding Solutions’ requirement for multiple lifts to raise its roofing products.

Neil Davies, of Davies Crane Hire, said: A 100t [capacity] crane was required because of the main boom length and we needed the capacity at the furthest working radius when we were situated close to the building. The lifting frame provided control and support as the roof sheets were being raised into position.”

The equipment combined as 35m-long sheets were raised via 17 separate pick points to the top of the £29m secondary school in Neath Port Talbot. Construction of the school started last September and is due to be finished by March 2021.

The beam was the centrepiece of the lift but also integral to its safe completion were shackles and a variety of slings. Jack Sleeman, health and safety coordinator / hire and sales at RSS, explained the rigging configuration, involving two 22m-long outermost wire rope slings and two 18m-long wire rope slings inside them. A 13m-long wire rope sling was rigged in the centre with a two-leg chain sling beneath it to utilise two pick points on the lifting beam. Six chain slings with shortening grabs completed connection to the lattice beam, while beneath it, 38 2t capacity allow bow shackles and 19 1t capacity, 4m-long synthetic slings were wrapped underneath the roofing sheets.

Sleeman said: “It was a challenging job and we had to remain patient before completing it because of the stormy weather we have been experiencing; the lift was delayed for two weeks. Once the winds had calmed sufficiently, we were able to rig our beam and sling configuration beneath the hook of the crane.”

Davies Crane Hire boasts a fleet of 45 mobile cranes, ranging in capacity from 8t to 400t. In addition to Groves, it also owns a variety of Liebherr, Terex and Tadano models. Combining with a fleet of specialised transport vehicles, it fulfills lifting and other contracts in a number of sectors including steel, petrochemical, wind, energy and infrastructure.

Davies added: “Business has generally been good recently, but we have endured storms and high winds in the last three or four weeks that have made it too dangerous for cranes to operate. We look forward to normalised conditions as spring approaches.”

The new school is due to open in September 2021. 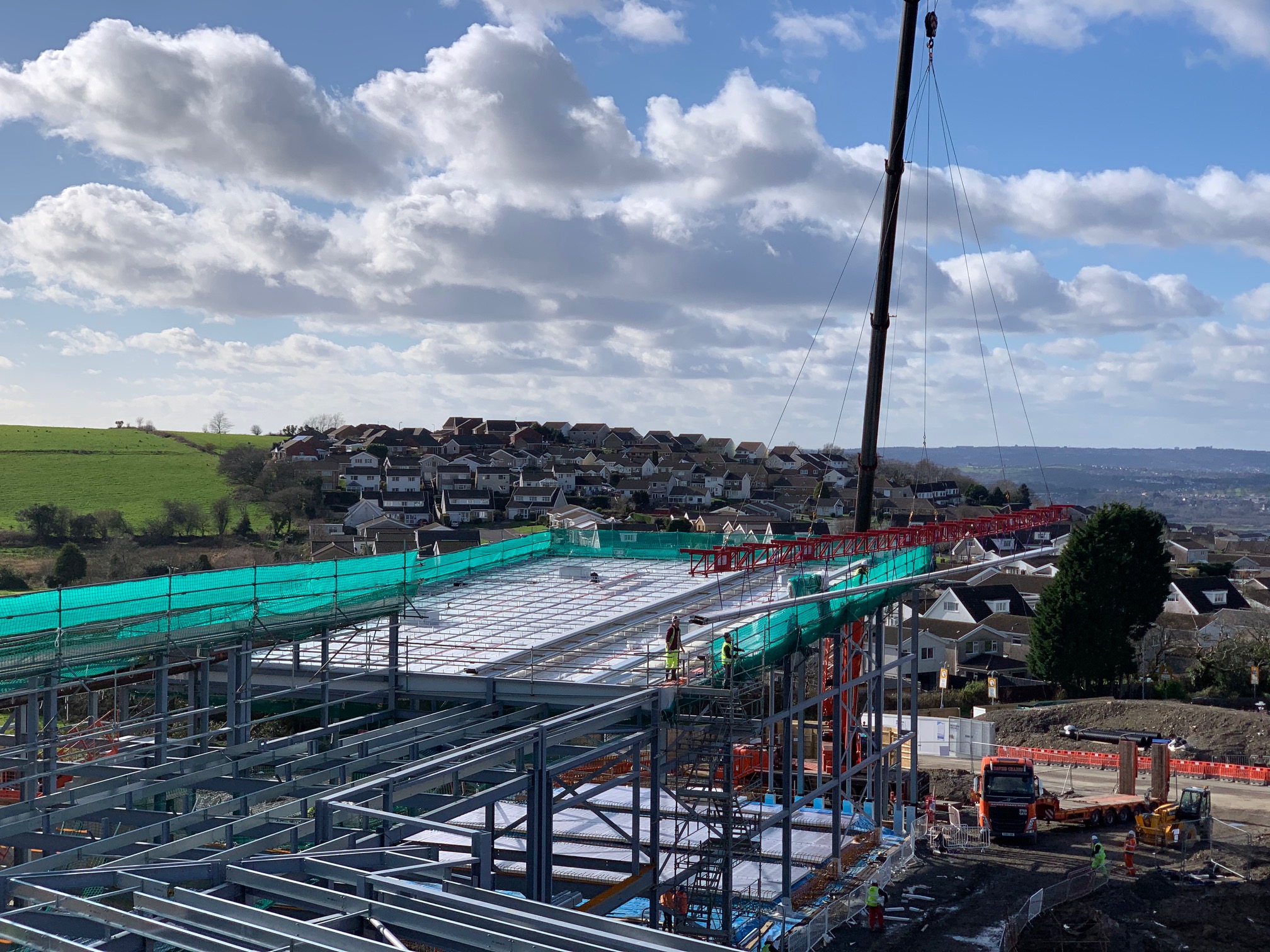 Caption: RSS provided equipment for use beneath the hook of a 100t capacity Grove GMK4100L. 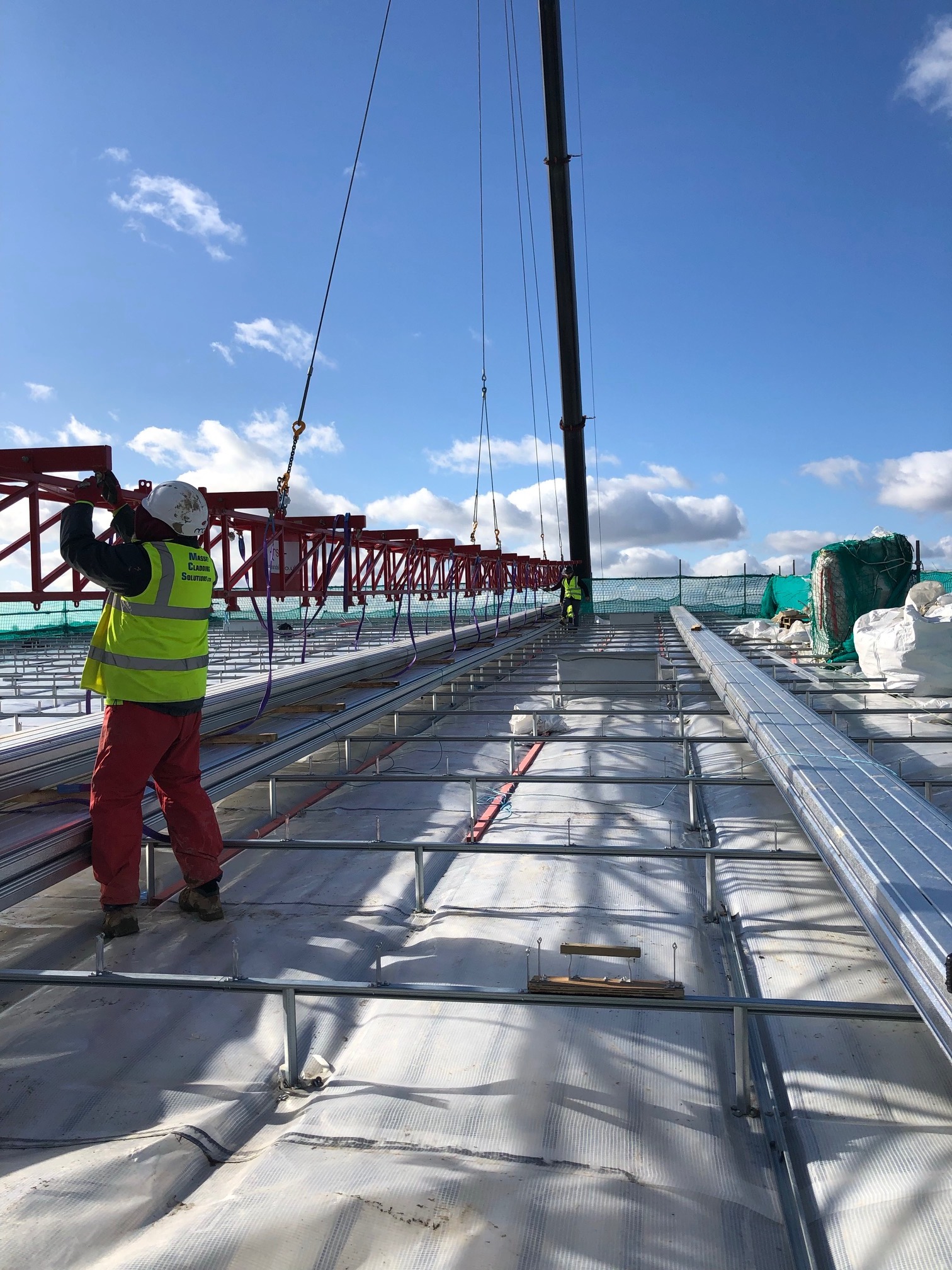 Caption: The crane operated with a boom length of 52m.

Caption: The crane and rigging gear combined as 35m-long sheets were raised.