Rope and Sling Specialists (RSS) will test 24 jibs and runway beams, in addition to related hoists, during three site visits at the Wheelabrator Parc Adfer facility in Flintshire, North Wales this month (April), ahead of commencement of waste-to-energy operations later in the year. A major challenge separated the project from other similar testing works.

Eventually, post-recycled waste will be treated to create energy and recyclables, providing clean, sustainable energy for more than 30,000 local homes. Operations and associated activities will rely on a variety of overhead lifting equipment, including the aforementioned beams, the final six of which were still being installed at the time of going to press.

RSS received a scope of work to proof load test the beams from Lyon, France-based Lab SA, which constructed the building where the majority of them are installed. The remaining three beams are on a nearby stack and residue silo respectively. RSS, a lifting and rigging equipment specialists, will complete the works over two three-day visits, the first of which has been completed, and an additional two-day visit.

The main stack beam was 26m high, the same height as the cantilevered beam that protruded from the top of the filter bag house; the residue silo stood 3m taller. Other heights of lift varied between 3m and 10m. RSS delivered all required test weights for the initial visit but will hire a larger beam to complete testing on two of the beams, likely to be completed on 16 April.

Gary Coleman, site engineer at RSS, said: “We need to complete the tests in line with the stringent requirements of the site. The beams within the penthouse area of the building were required for installing filler bags and a separate contractor required certification of the hoists and beams so they could use them. The contract included the inspection of chain blocks and trolleys as they were installed. Remedial works will be handled as required.”

Coleman also pointed to the project’s biggest challenge: “The client specifically stated that no pulling of the steel structure is allowed anywhere on site. This meant we had to adopt a more complex testing method from start to finish, adding time, cost, and manual handling. We were recommended for the project following our success at a previous waste recovery project, but the two turned out to be very different.”

He added: “We carried out testing by using live loads (or weights). We transported weights in our vans to site—a 625kg [weight] and a little basket tare weight [weighing 34kg]. We also bolted a 5t SWL [safe working load] bracket into the concrete floor, held in place with four M12 x 120mm through bolts. Once we had completed testing, we used a grinder to cut off flush to the floor and hammered the remainder below floor level to ensure no trip hazard remained.” 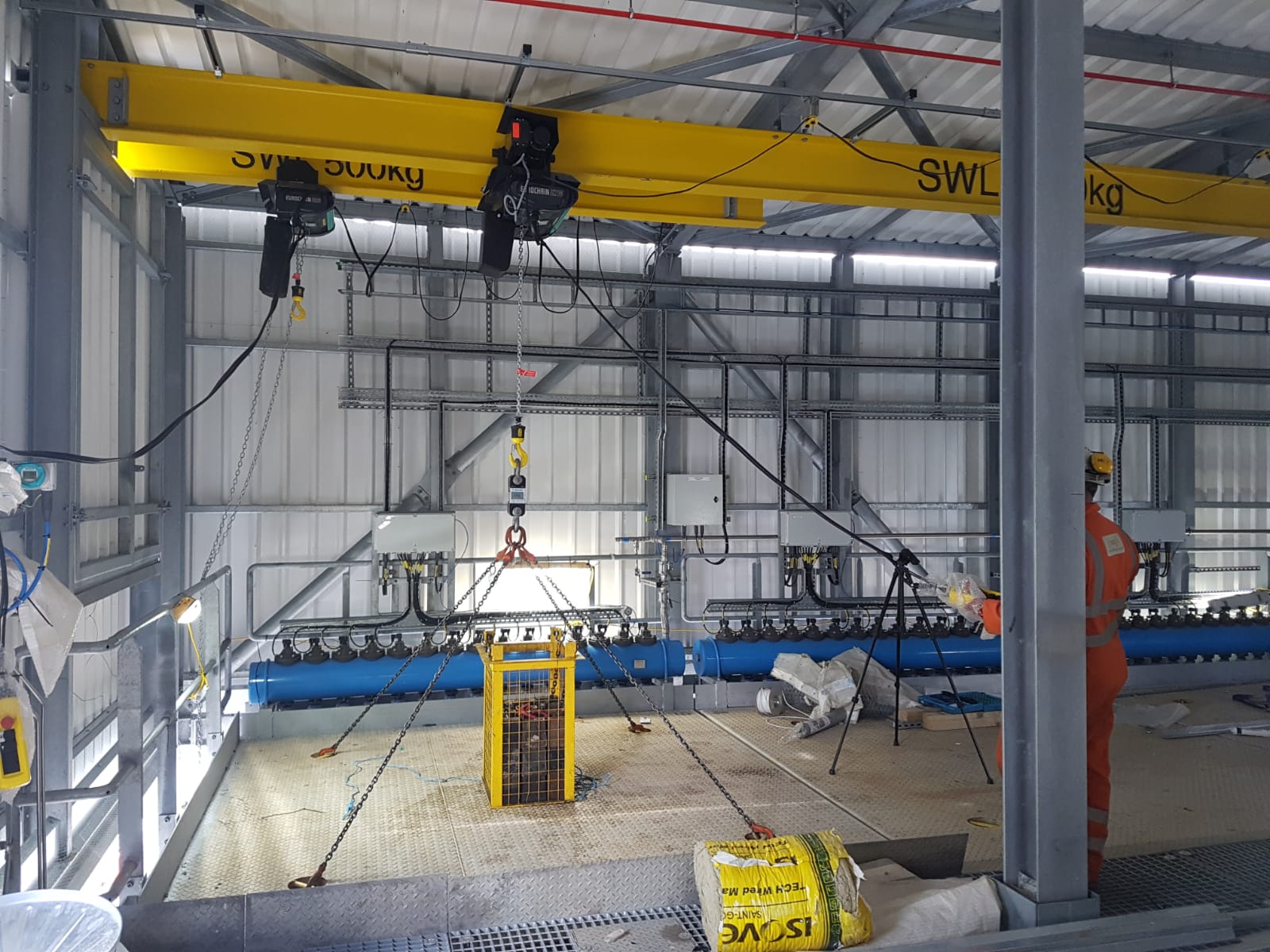 Caption: The contract included the inspection of chain blocks and trolleys as they were installed. 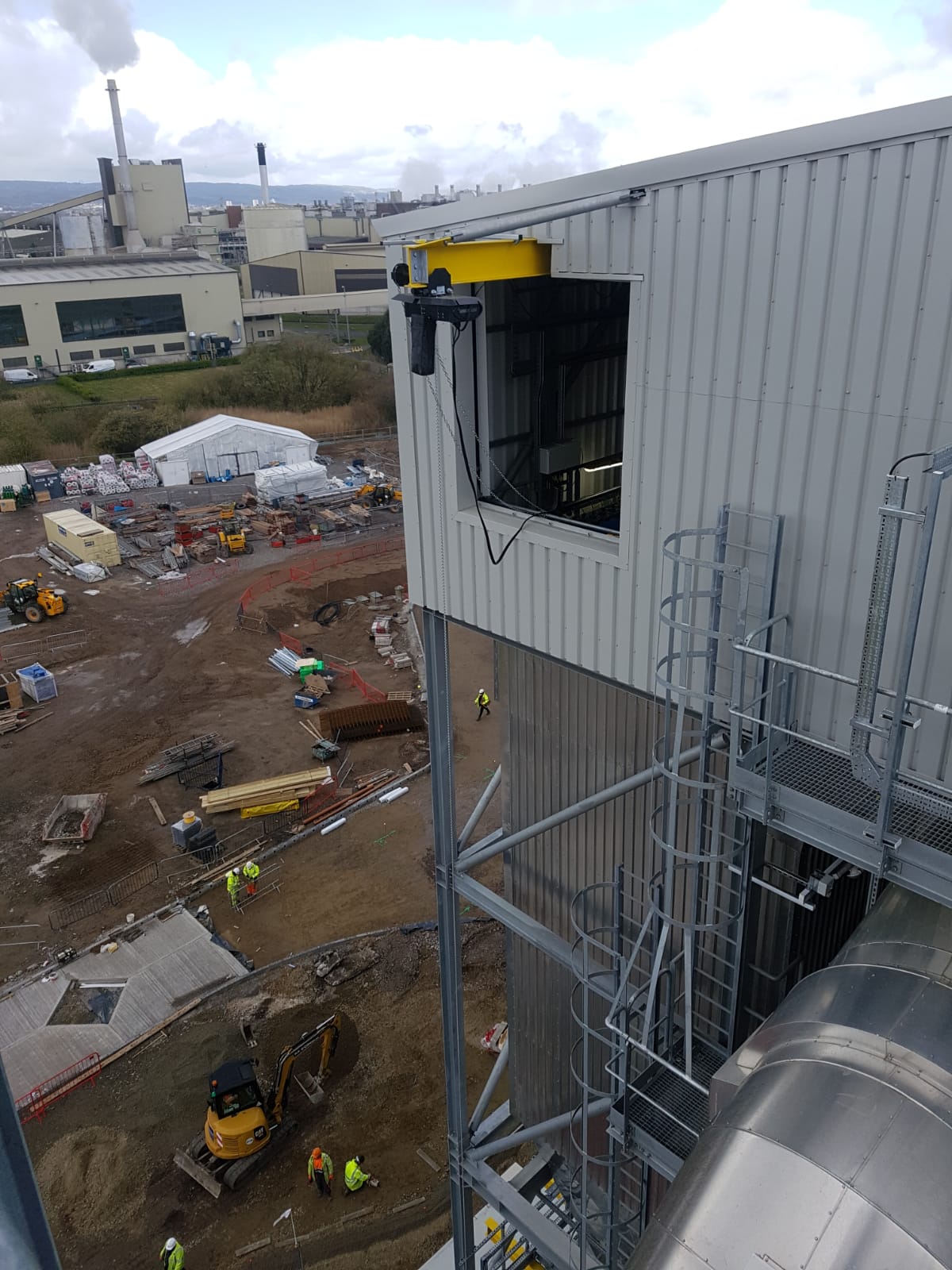 Caption: A cantilevered beam protrudes from the top of the filter bag house. 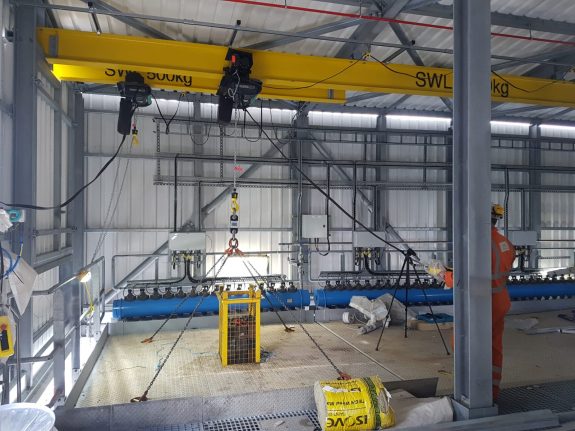 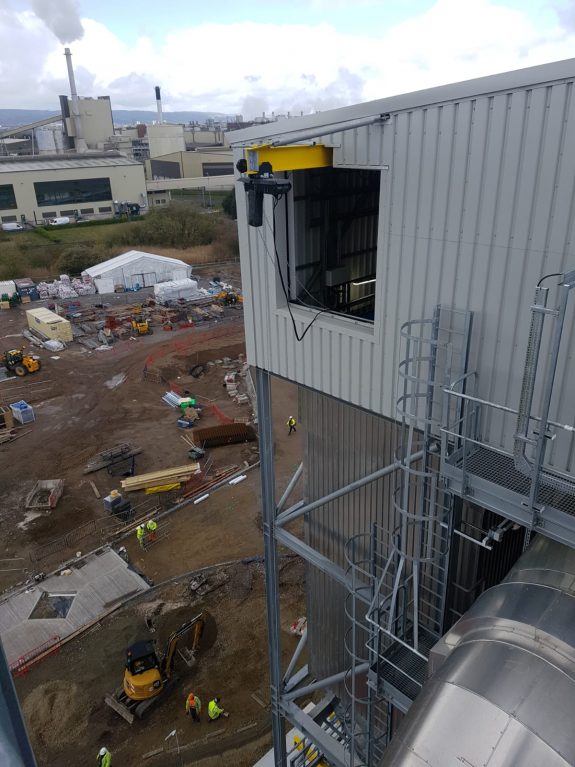